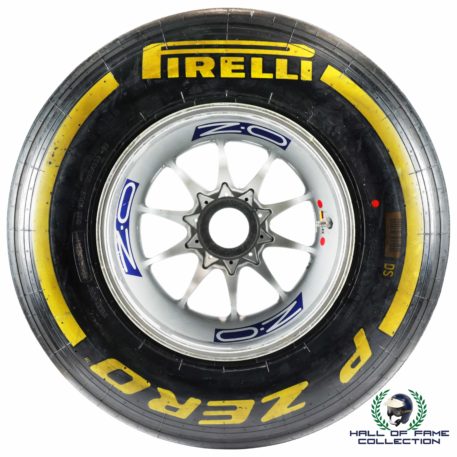 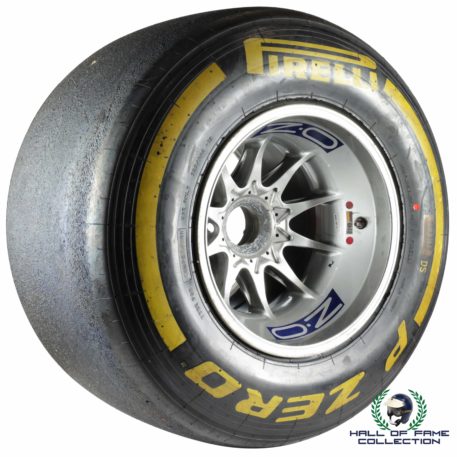 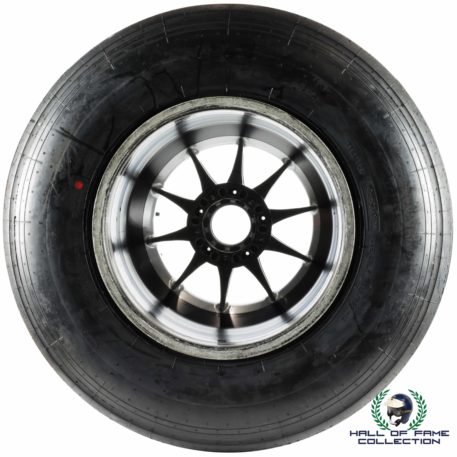 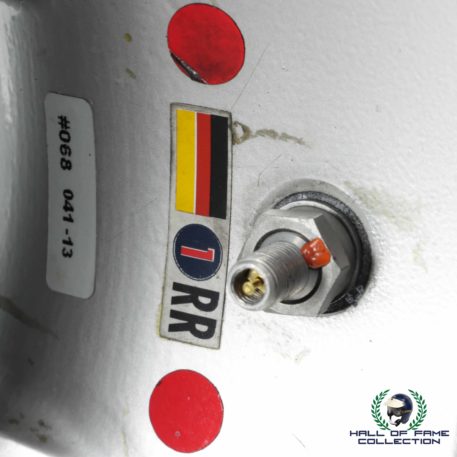 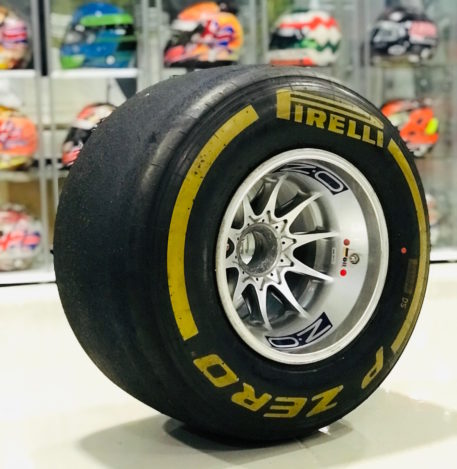 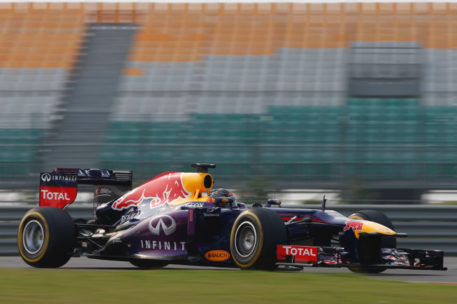 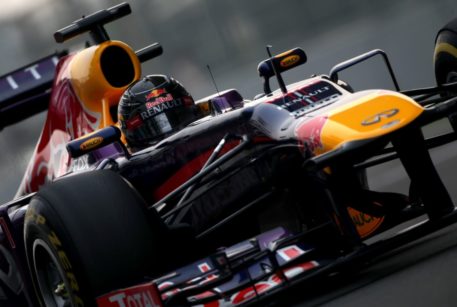 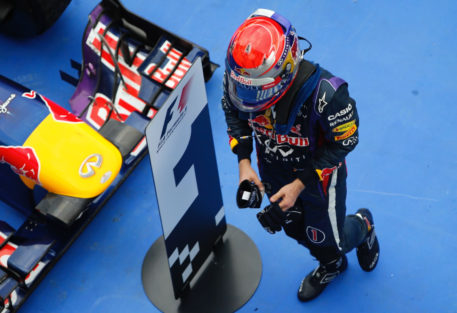 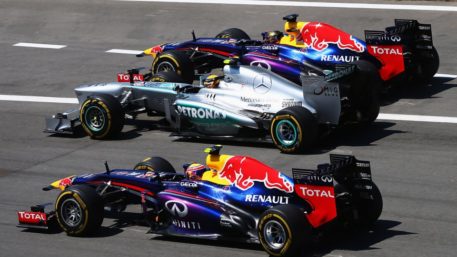 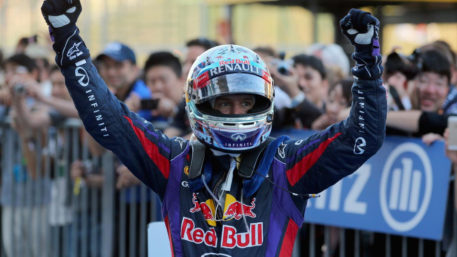 This OZ  wheel was used by Sebastian Vettel during his final F1 World Drivers’ Championship season with Red Bull in 2013. The super light wheel is made of forged magnesium and is shod with a yellow sidewall Pirelli race tire. Red Bull is unique in identifying their drivers’ wheels, and this one bears the German flag, RR and the #1 signifying it is Sebastian Vettel’s right rear wheel.

Vettel broke into F1 in 2007, competing in eight races with Sauber. He had a memorable maiden race, finishing eighth in the final U.S. Grand Prix held at Indianapolis Motor Speedway.

Vettel scored his first Grand Prix win at Monza in 2008, his only season with Toro Rosso and the team’s only F1 victory. Vettel moved to Red Bull for the 2009 season, finishing second to Jenson Button, but that would prove to be Vettel’s launching pad. He would go on to win the next four season titles.

The wheel comes with a Certificate Of Authenticity.