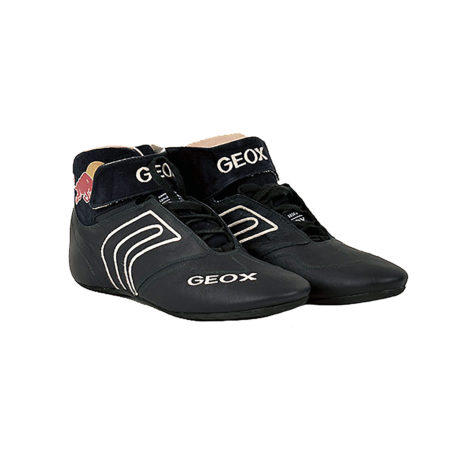 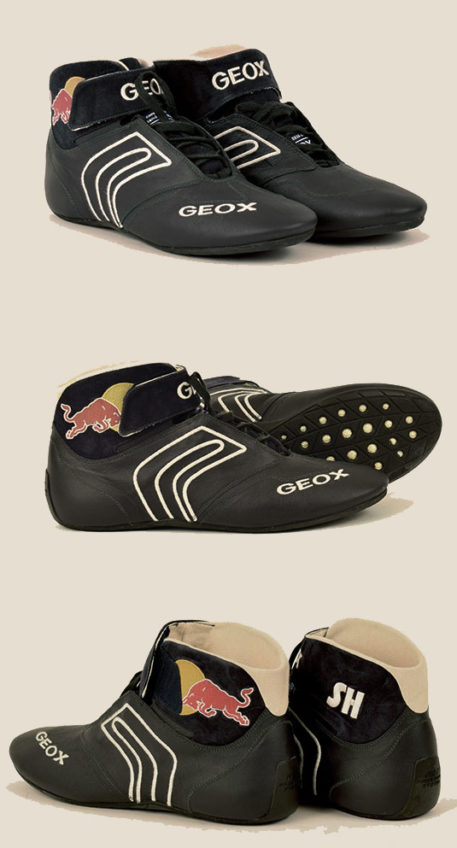 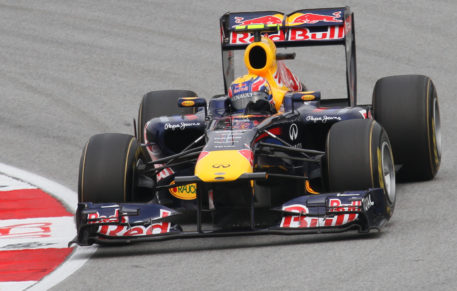 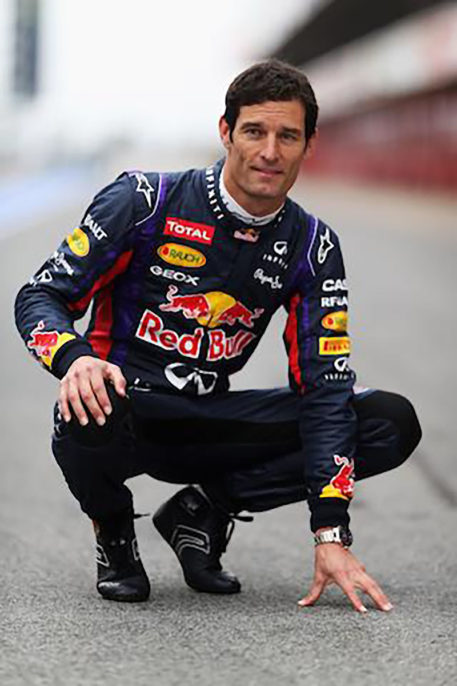 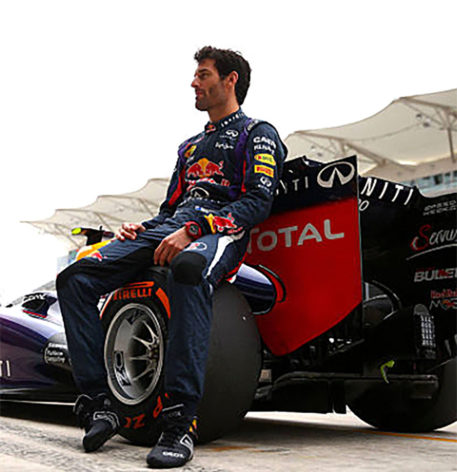 Original race used Red Bull racing boots worn by Mark Webber during the 2013 F1 season. Webber scored 8 podium finishes that year, his last in Formula One. Mark had 9 wins in a career that spanned 217 races and was regarded as one of F1’s most consistent finishers.