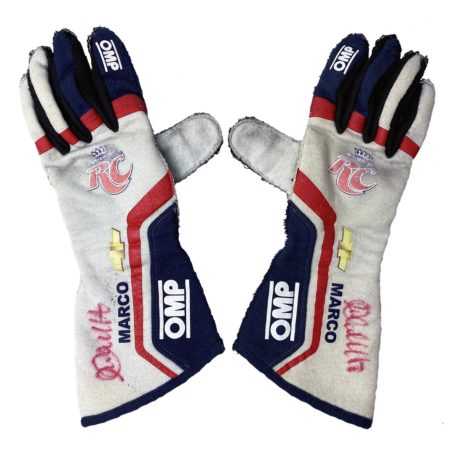 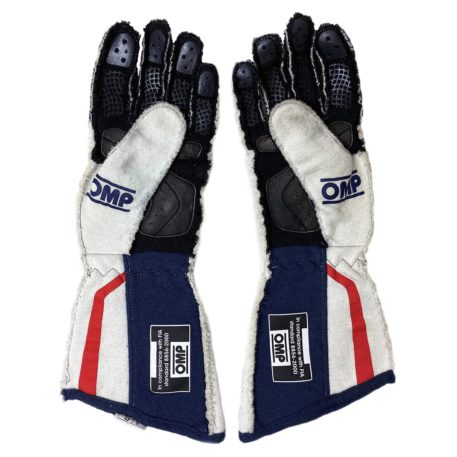 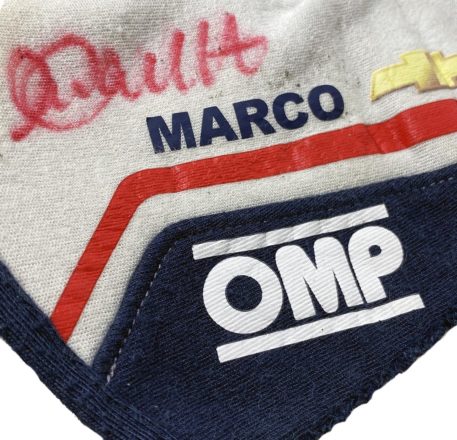 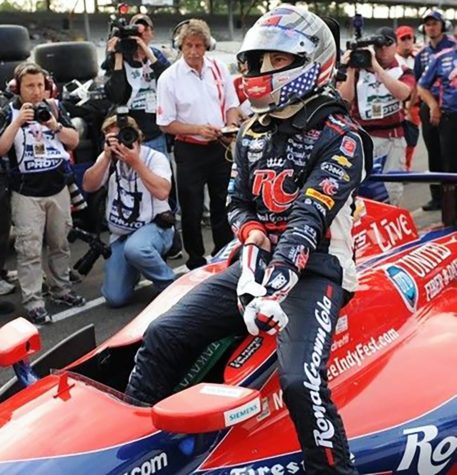 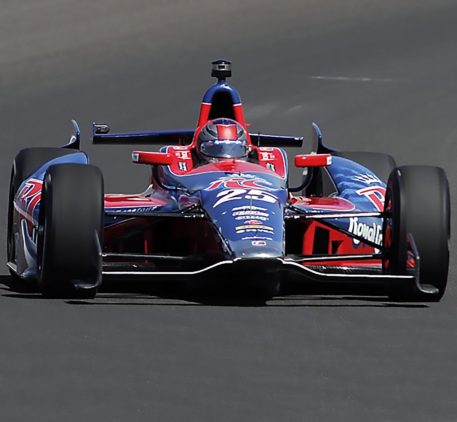 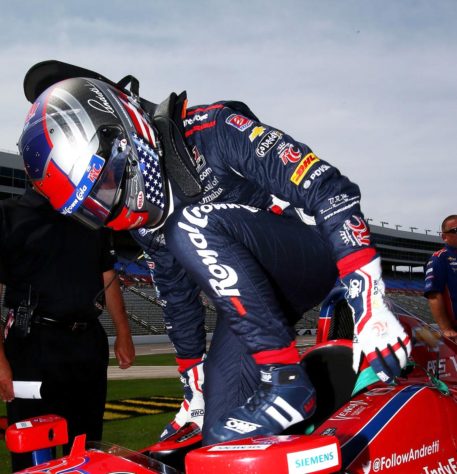 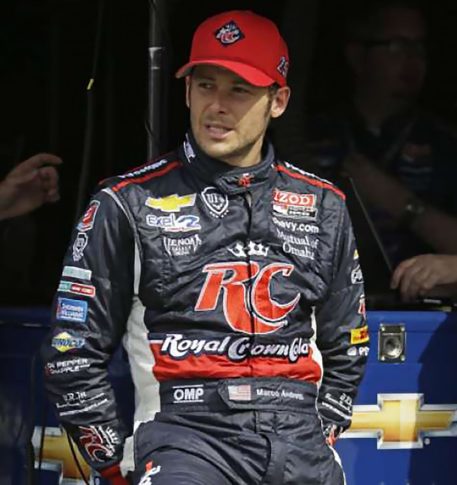 Pair of OMP race gloves worn by Marco Andretti during the 2013 season of the IndyCar Series. Andretti, racing for his father’s Andretti Autosports team, drove a Royal Crown (RC) Cola sponsored car for most of the season. These particular gloves were a pair he wore during the 97th running of the Indianapolis 500.

The mainly white tops of the gloves have blue inner cuff sections that have red flashes around them. The index and middle fingers on both gloves are in blue with all fingers having red bands around the knuckles. The ‘RC’ Cola logo is printed on the wrists with Andretti’s first name and Chevy ‘Bowtie’ logos are printed on the cuffs. The OMP branding logo is on the cuffs, thumbs, and index fingers. The palms of the gloves have a black rubber gripper fabric embossed on them as well as on all the fingers. The cuffs have wide blue stripes with a red flash and printed within the blue bands are the FIA compliance labels.

The gloves, which we obtained directly from him, are both personally signed in red ink by Marco Andretti.