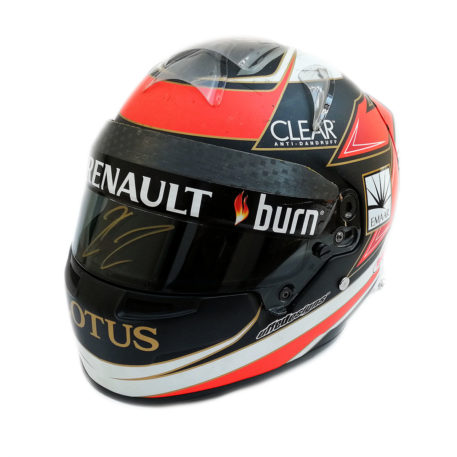 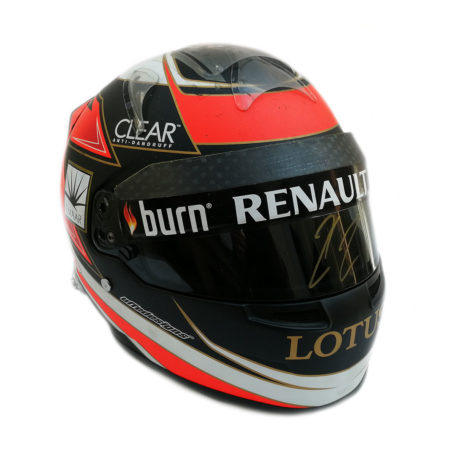 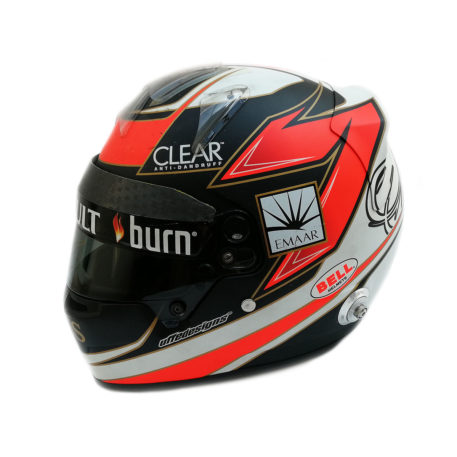 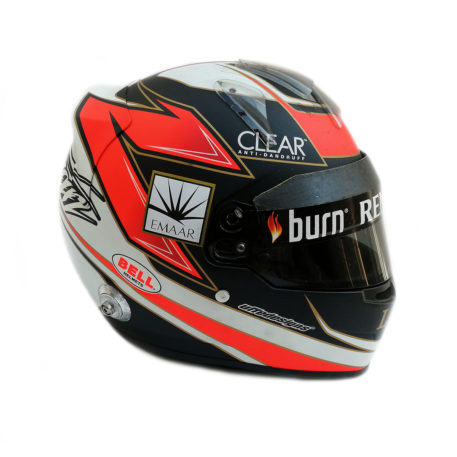 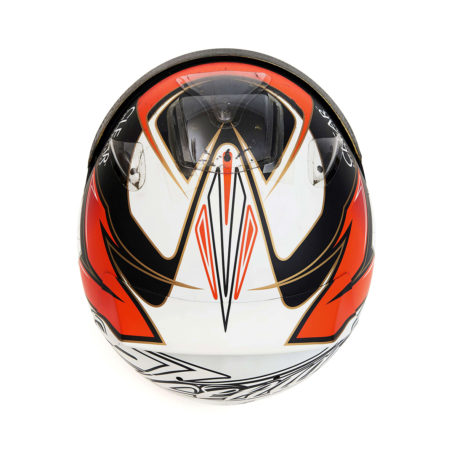 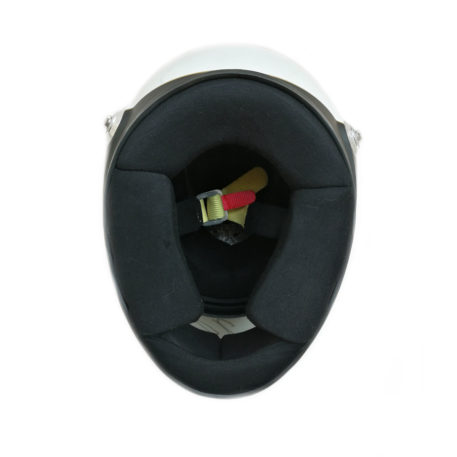 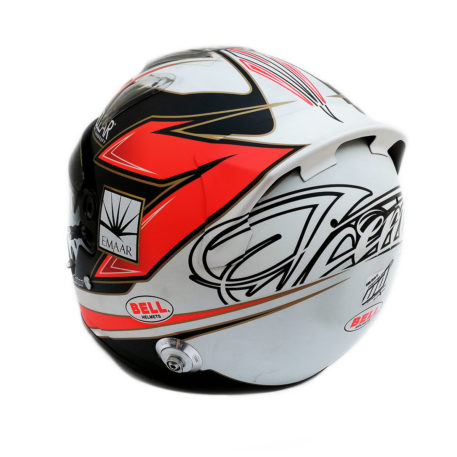 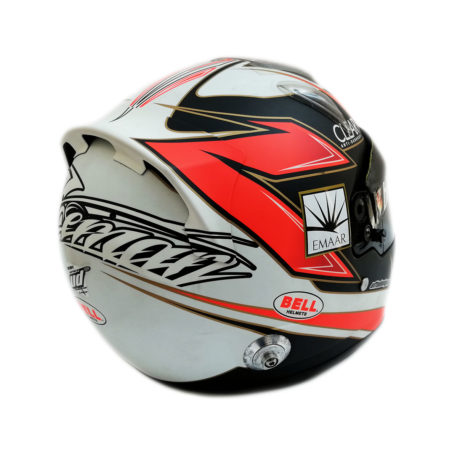 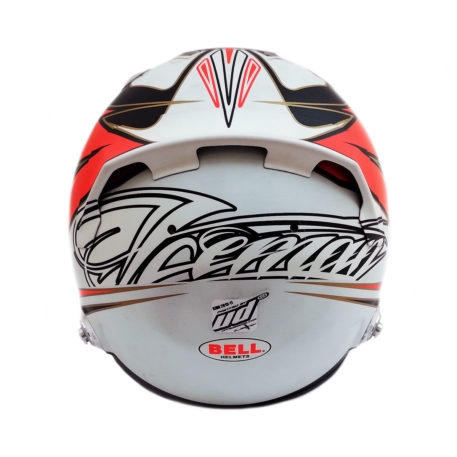 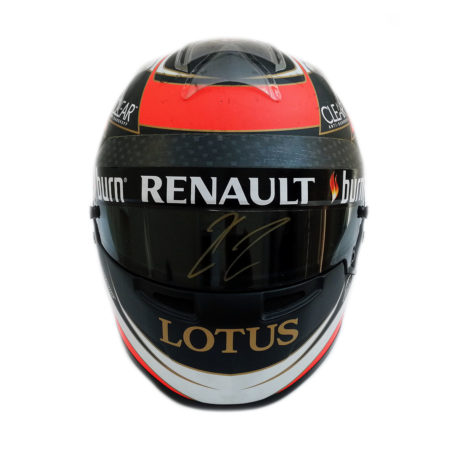 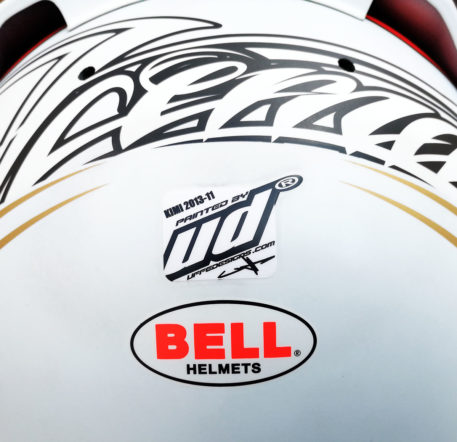 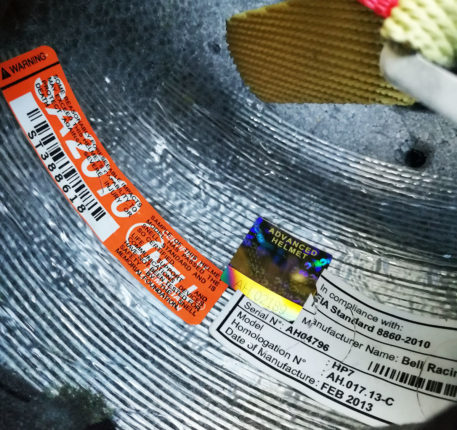 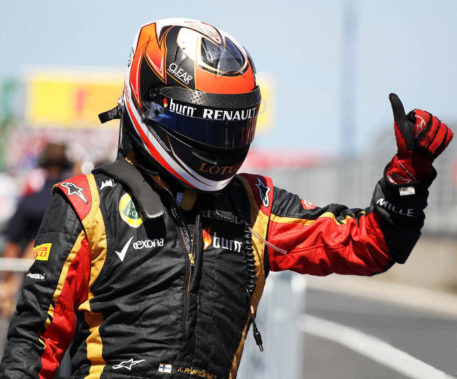 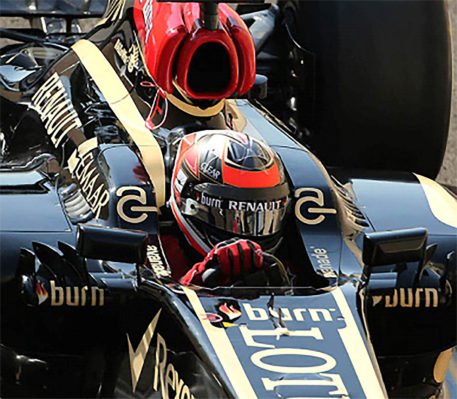 Helmet used by Kimi Räikkönen driving for the Lotus F1 Team during the 2013 season. This was Räikkönen’s second season for the team and, while driving a Renault powered Lotus E21, he was victorious in the first race of the season in Australia. He then went on to notch a further six second place finishes and one third place finish, to place fifth in the championship. He may have finished higher but he decided to miss the final two races of the season due to back surgery.

This Bell HP7 helmet was painted by Ueff Designs and features Räikkönen’s custom graphic design in florescent orange, black and white that is edged in gold. Räikkönen’s ‘Iceman’ logo is on the rear in black. The helmet is finished in a matte finish and the visor has a carbon fibre top panel. There are decals from sponsor’s Clear, EMAAR on the helmet sides and Burn, Renault decals on the visor strip with Lotus lettering on its chin.