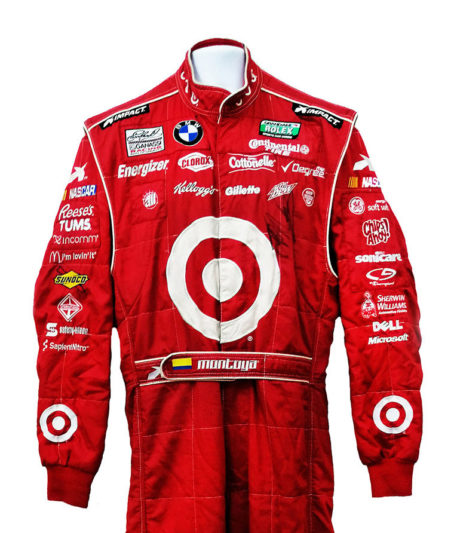 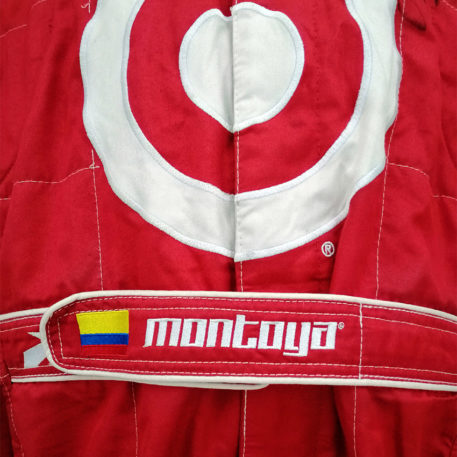 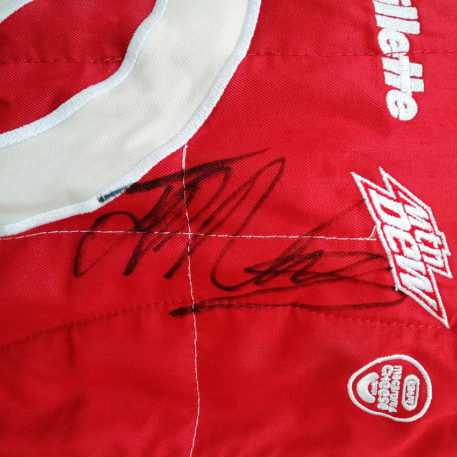 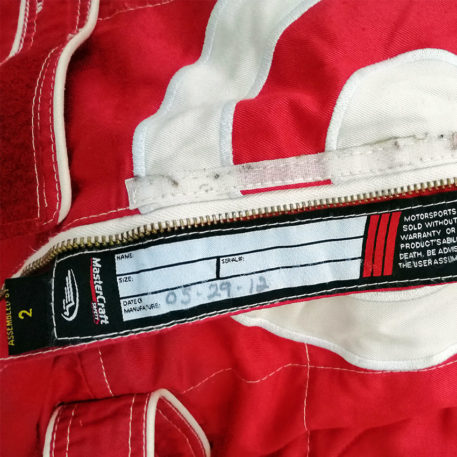 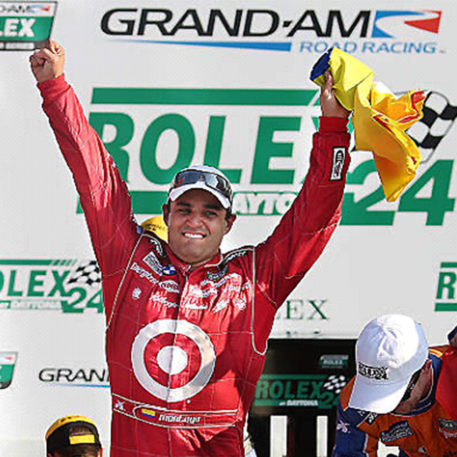 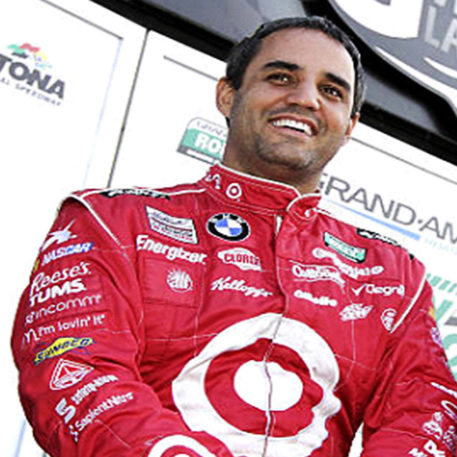 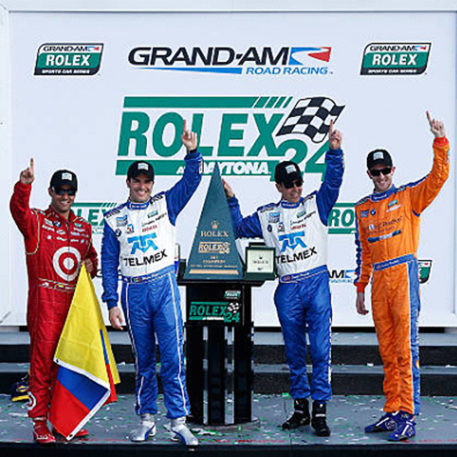 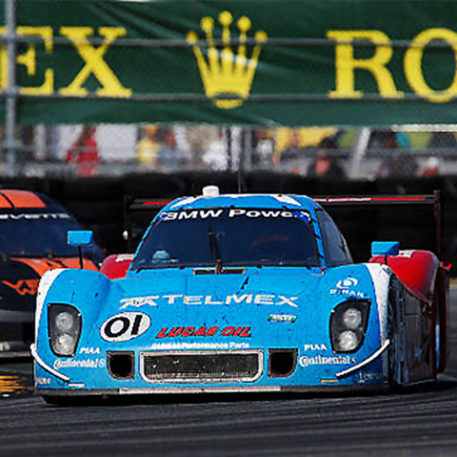 Montoya has over a twenty-five year career, had wins at every discipline he has competed in. This includes Formula 3, Formula 3000, Formula 1 and the NASCAR series. He is also a former IndyCar and Indy 500 Champion, he has also competed in the Le Mans 24 hour race.

This suit was used in Montoya’s 2013 Daytona 24 hour race drive, where he was teamed up with co-drivers Charlie Kimball, Scott Pruett and Memo Rojas. Where they drove a Chip Ganassi Racing Riley Technologies MkXXVI BMW powered prototype car to victory.

The Impact Racing Products red suit has the Ganassi team major sponsor (at the time) department store retailers Target ‘bull’s-eye’ logos prominent on the suit. It also has many other branding logos on the chest and arms’ including Energizer/Dell/MacDonald’s to name just a few. It also has the Rolex 24 hours, BMW patches as well as the Earnhardt Ganassi NASCAR Racing patch to the right chest this is the team Montoya was contracted to drive in 2013. Montoya’s name and national flag is embroidered on to the waist belt.

The suit has been personally signed by Pablo Montoya and comes with a full Certificate of Authenticity.

A great opportunity to own a race winning suit from one of the top multi disciplined drivers of recent years.