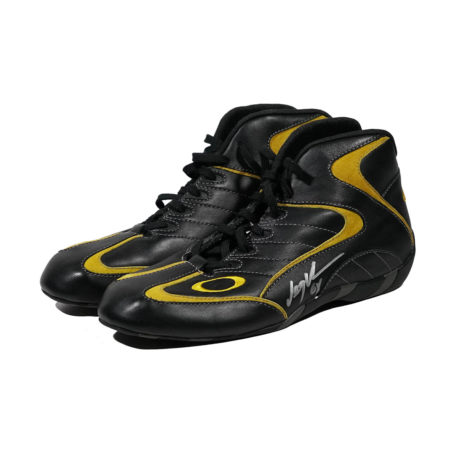 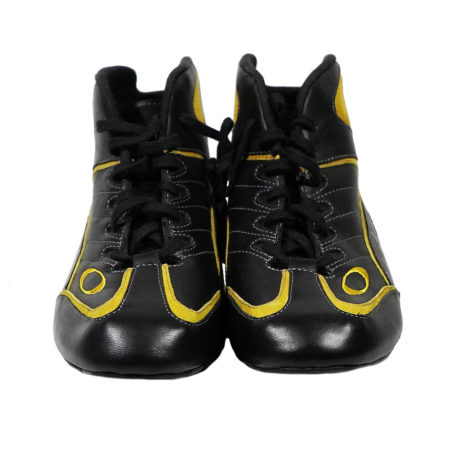 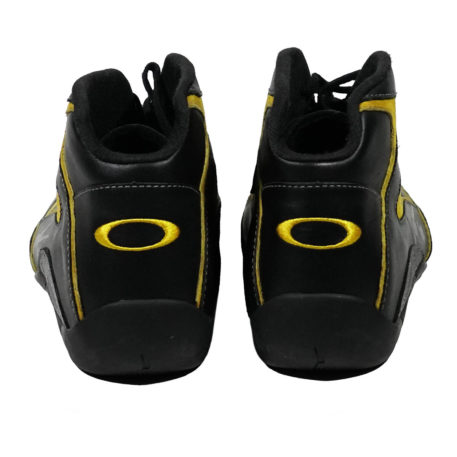 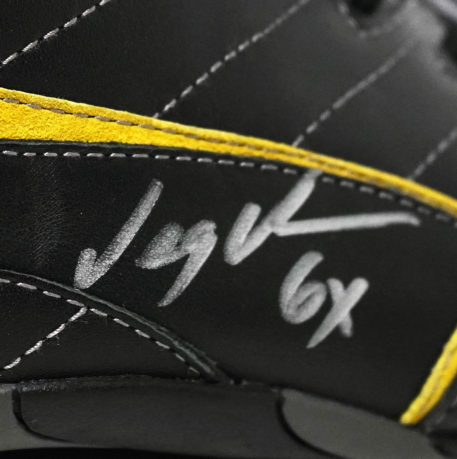 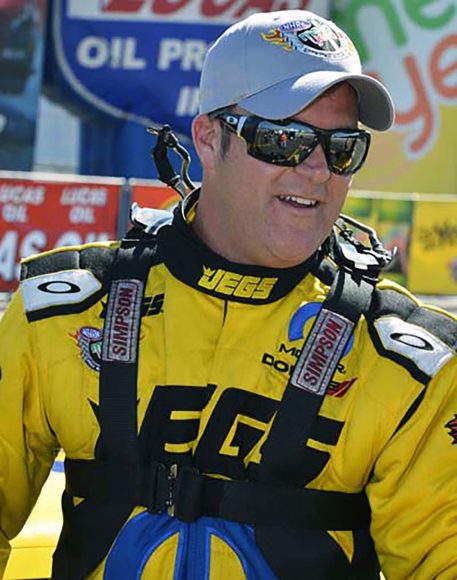 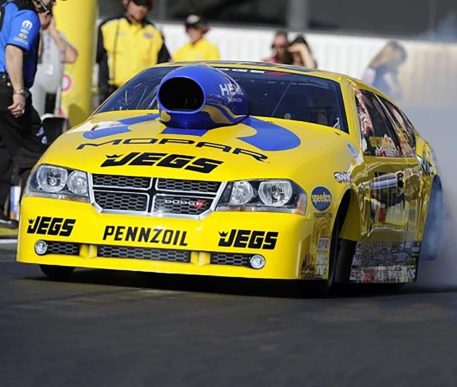 These boots were worn a six-time world drag racing champion Jeg Coughlin Jr. He is the winner of the NHRA Pro Stock title five times (2000, 02, 08, 07, 2013) and the (1992) NHRA Sportsman Super Gas champion. Coughlin Jr. holds several NHRA records. He is the only driver to collect victories in four categories in one season, when in 1997 he won on Pro Stock, Super Stock, Competition, and Super Gas  He is also the only professional drag racer to win from all 16 qualifying spots. And is the only driver to win a national event in seven different classes: Pro Stock, Comp, Super Stock, Super Comp, Super Gas, and Top Dragster. He is the son of Jeg Coughlin Sr., the founder of Jegs High-Performance automotive equipment company.

These Oakley Race Mid Black leather boos were custom made for and used by Coughlin during 2008, which saw him capture his third of five NHRA Pro Stock championships. The boots have yellow trim and Oakley branding that matches the Jegs Racing Team colors.

Jeg Coughlin Jr. has personally signed both boots with a silver sharpie and added a 6x donating his six championships.

The boots obtained directly from Jeg Coughlin Jr. and come with a full Certificate of Authenticity.