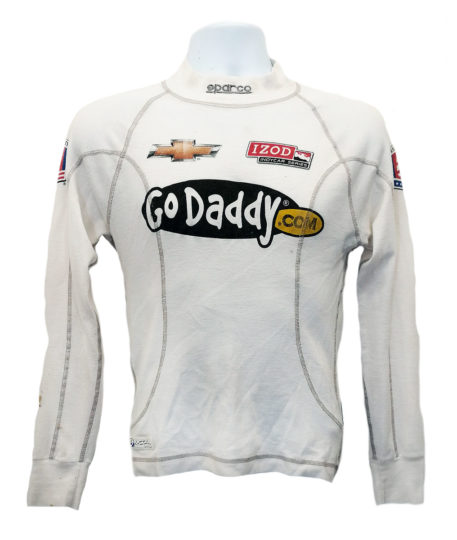 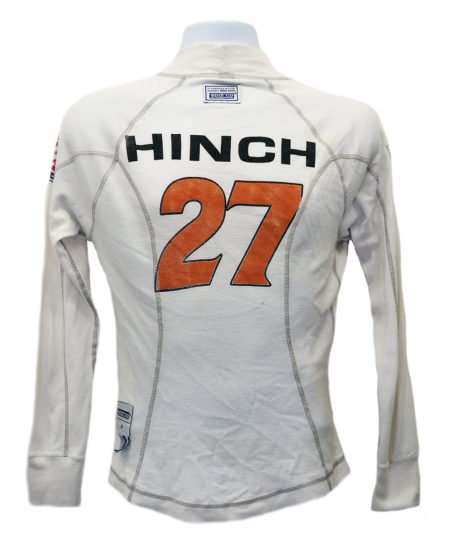 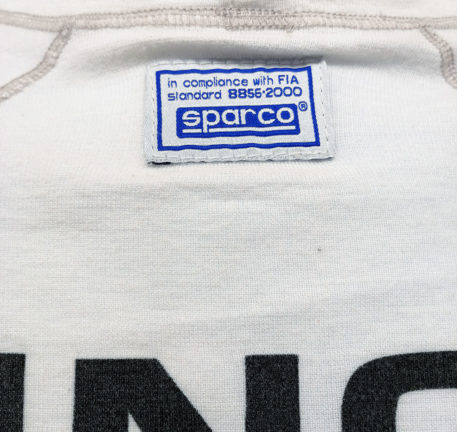 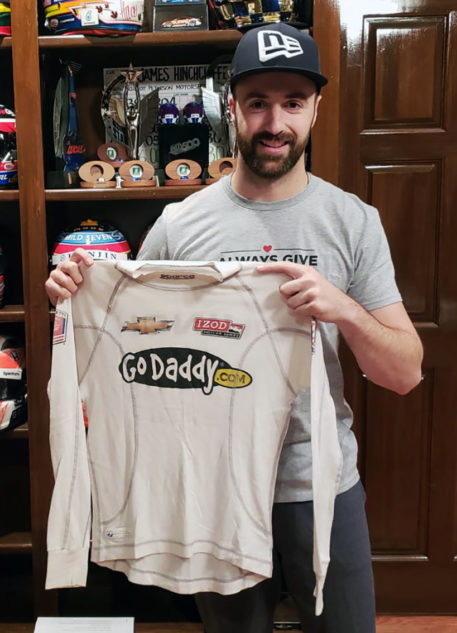 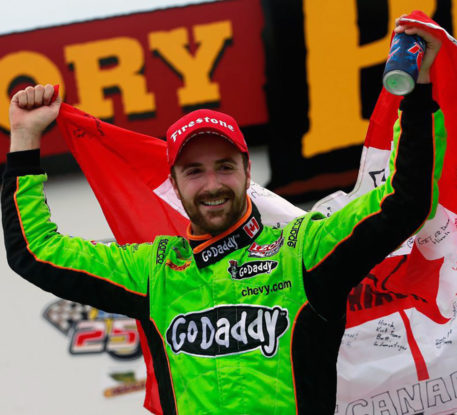 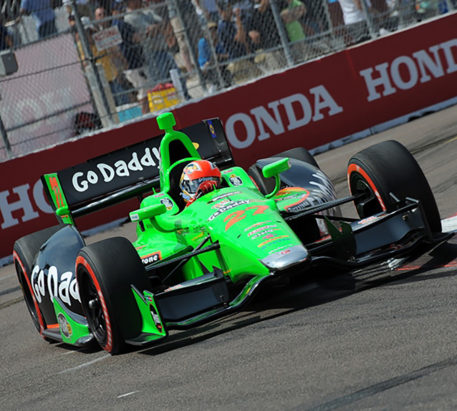 The Sparco white flameproof shirt has the ‘Go Daddy’, Chevrolet ‘bow-tie’ and IndyCar Series logos printed on the front. On its back is the word ‘Hinch’ and race number 27. The Andretti Autosport logos are on each arm.

This is a nice item to add to your collection.

The undershirt comes with a Certificate Of Authenticity.