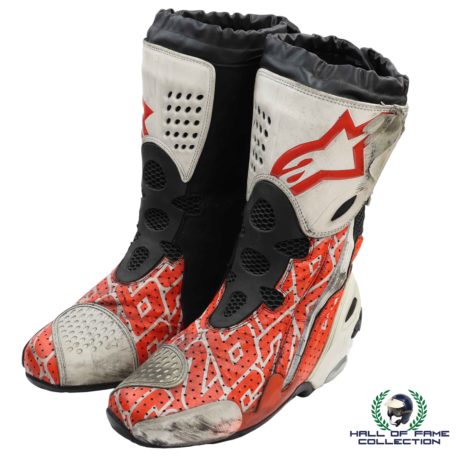 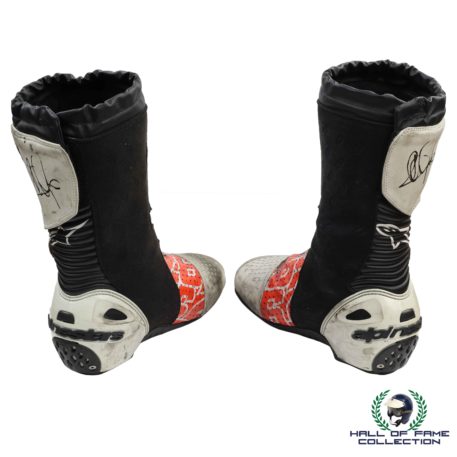 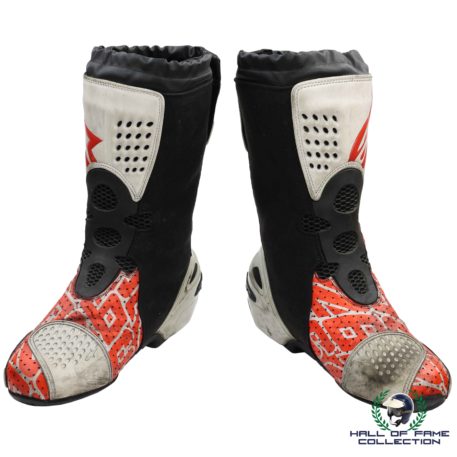 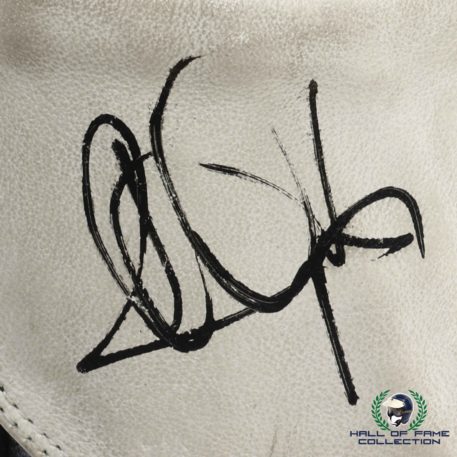 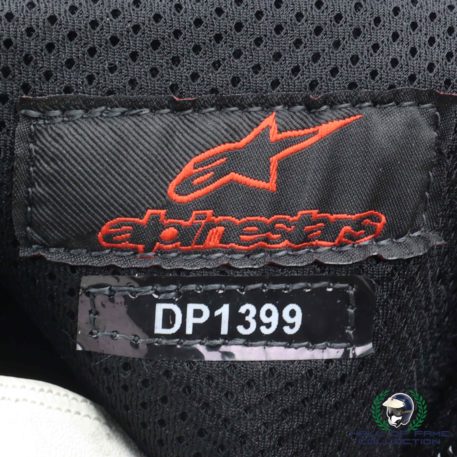 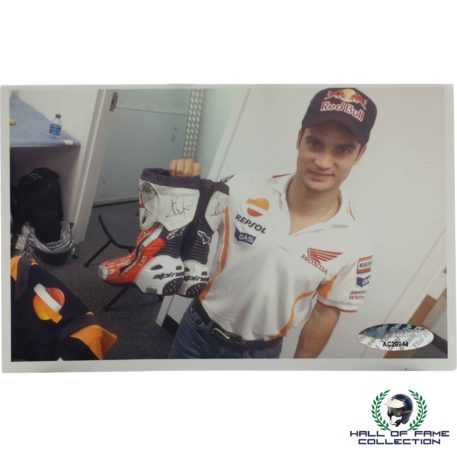 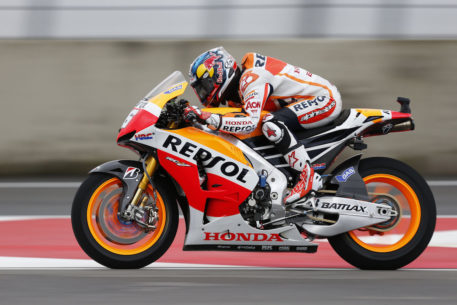 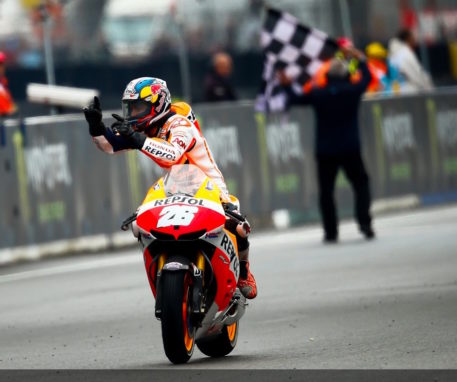 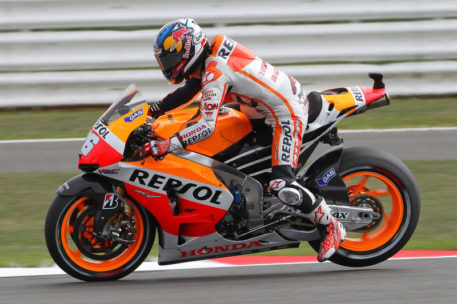 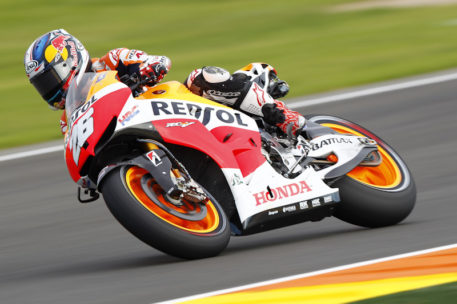 Alpinestar motorcycle racing boots worn by Dani Pedrosa during the 2013 MotoGP season. He won races in Spain, France, and Malaysia but missed the race in Germany, due to injury. He also failed to finish in Aragon after contact with teammate Marc Márquez. He obtained 300 points for the season, and finished in third place in the championship, behind Jorge Lorenzo and Márquez, who won the championship.

In spite of never being a MotoGP world champion, Pedrosa won races in twelve consecutive seasons in the championship (2006–2017). He also finished as championship runner-up on three different occasions (2007, 2010 and 2012) and was within the top 5 in 11 of his 13 seasons. With 31 top class wins, placing him tied for 8th in total wins as of 2021, Pedrosa regularly tops lists of “the best MotoGP racers to never win the championship”. In 2019, the former Curva Dry Sac, a corner at the Spanish Circuito de Jerez, was renamed Curva Dani Pedrosa in his honor.

Pedrosa spent 13 seasons riding for Repsol Honda until the end of 2018. In a televised press announcement, he confirmed his retirement from MotoGP competition on 12 July of that year.

The boots are signed with a photo of Pedrosa holding the boots and come with a Certificate Of Authenticity.