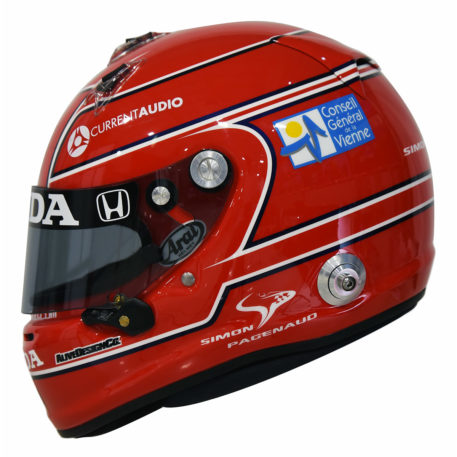 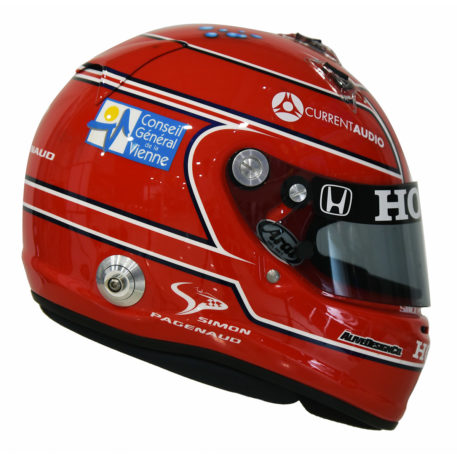 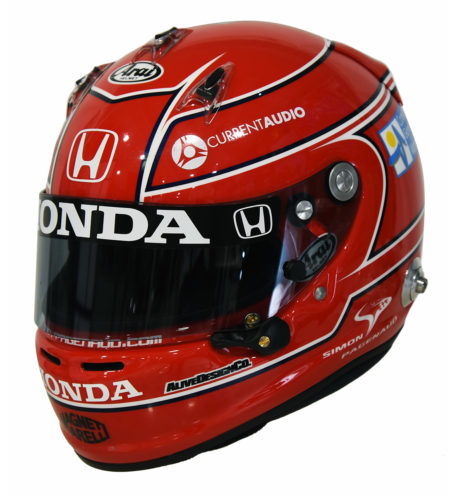 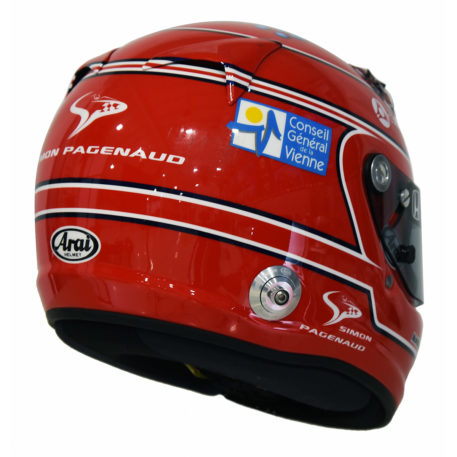 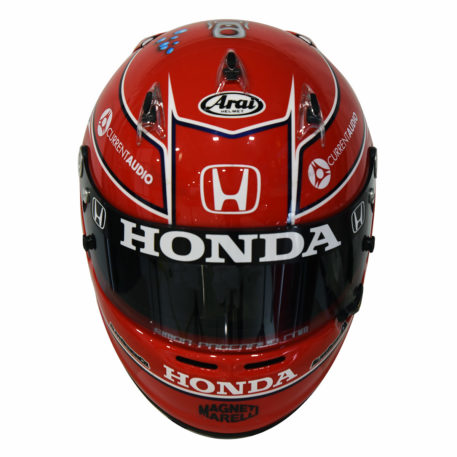 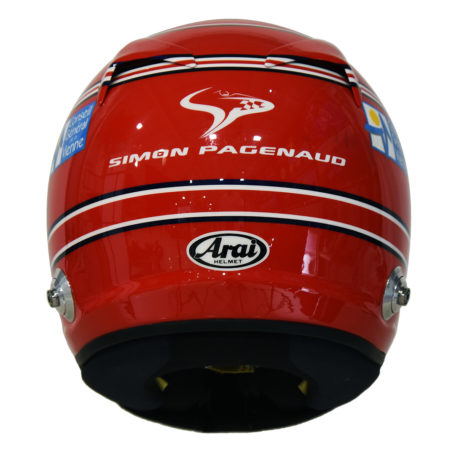 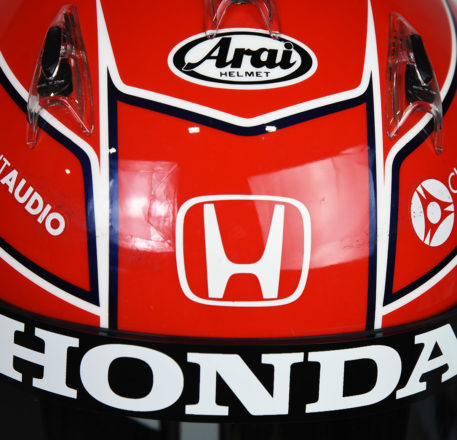 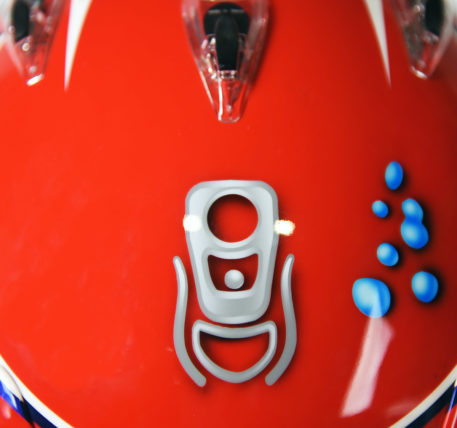 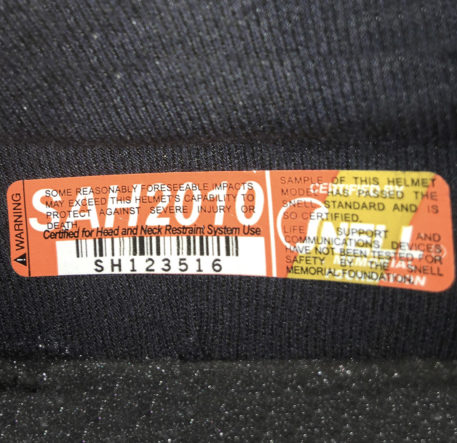 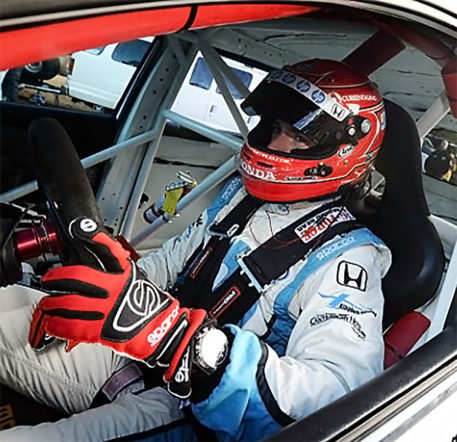 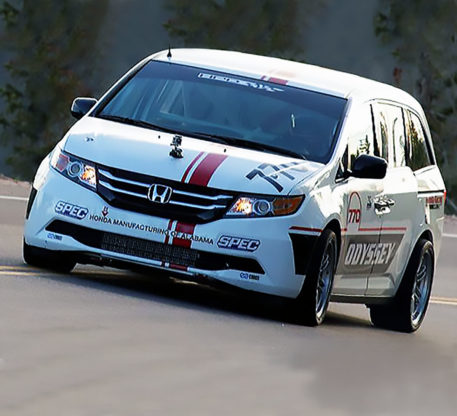 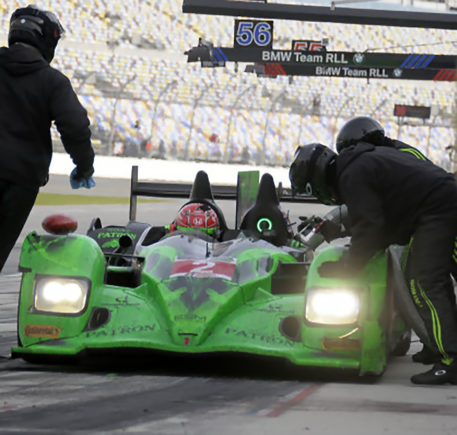 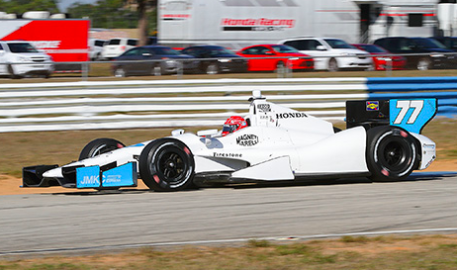 This stunning looking Arai helmet was one used by French IndyCar driver Simon Pagenaud during the 2013/14 seasons. It has been matched to being used during Pagenaud’s debut run up the famous Pikes Peak International Hill Climb where he drove a highly-modified 500+ horsepower Honda Odyssey minivan, powering up the 12.42-mile course to a second-place finish in the Exhibition Class. It was also used in testing after the 2013 season and into the 2014 IndyCar season where it remained as a back up helmet. The helmet can also be seen being used when Pagenaud drove an Extreme Speed Motorsports, Honda HR28TT 2.8 L Turbo V6 car in the Rolex 24 Hours at the Daytona International Speedway.

The red helmet painted by Alive Designs has an encircling black and white graphic pinstripe band design. On the crown of the helmet is an image of a ring pull and liquid droplets. To the back and both sides is Pagenaud’s name and personnel logos, it also wears brandings from sponsors Current Audio, Magnetti Marell, and Conseil General and engine suppliers Honda.

A very rare opportunity to own a helmet used by the 2016 IndyCar Champion and 2019 Indianapolis 500 winner.

The helmet come s with a full Certificate of Authenticity.