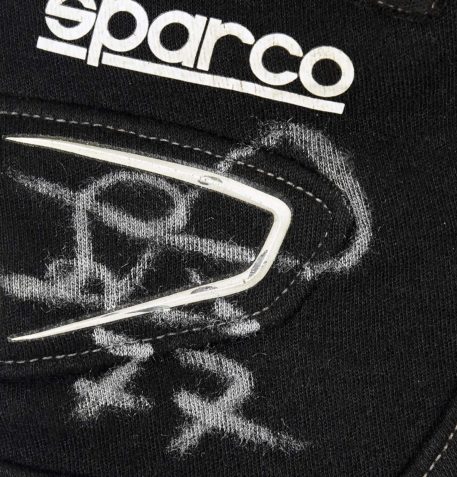 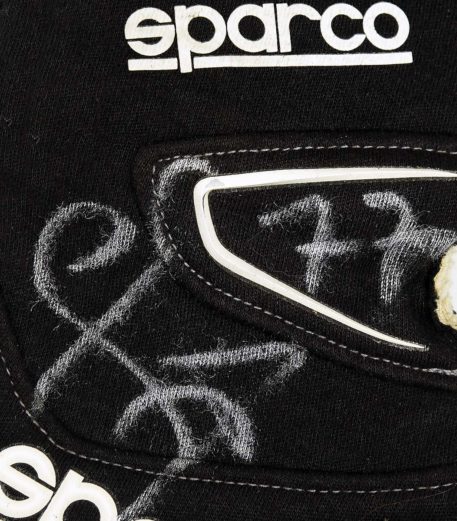 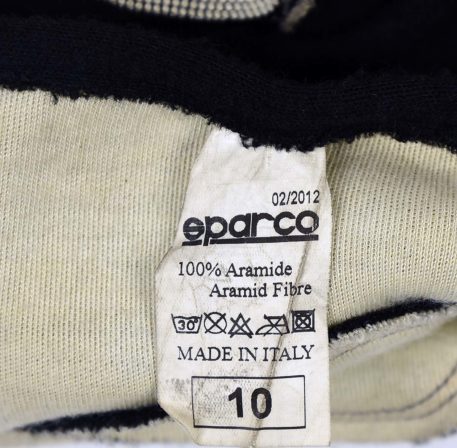 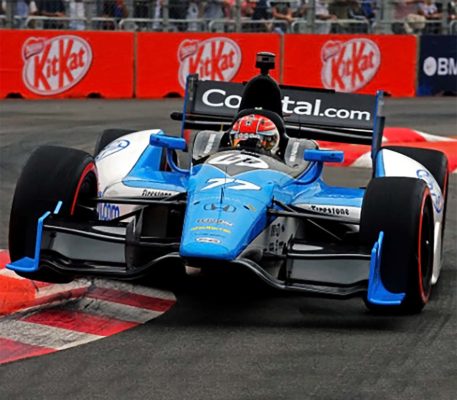 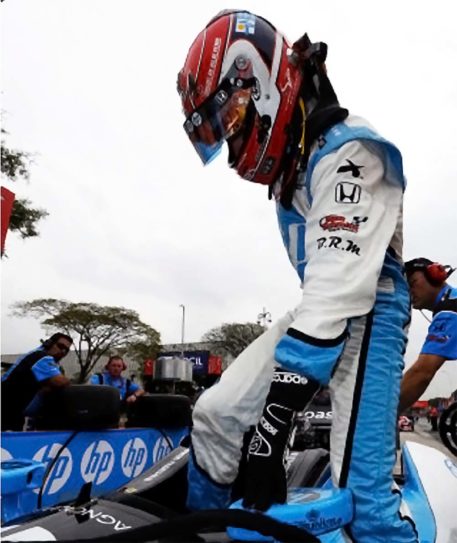 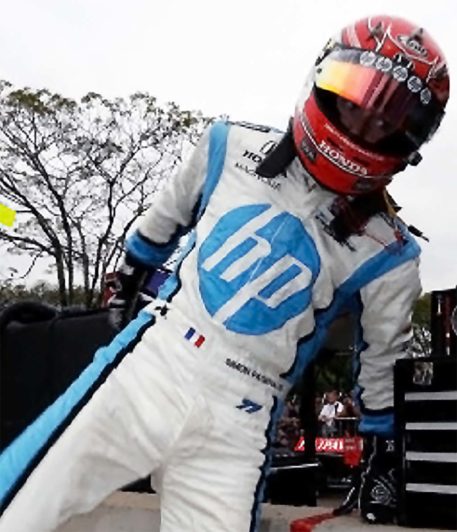 Pair of Sparco race gloves worn by French driver Simon Pagenaud during the 2012 IndyCar season. Pagenaud, driving for Schmidt–Hamilton Motorsports, used these gloves in one or more of the following three events that year (photo-matched): Brazil, Indy 500, and Detriot. These were the only events Pagenaud would wear the full black gloves in the three seasons he drove for the Sam Schmidt organization. 2012 was a break-out year in IndyCar for Pagenaud with four podium finishes, including a second-place at the Long Beach Grand Prix.

The black HTX gloves have the Sparco branding logos and white flashes printed on their tops. The palm sides have white rubber gripper sections embossed to the inner palms and on all fingers. The inside of the gloves have all manufacturing date labels. Simon Pagenaud has personally signed both gloves, along with his race #77, with a silver marker pen.

They come with a full Certificate Of Authenticity.