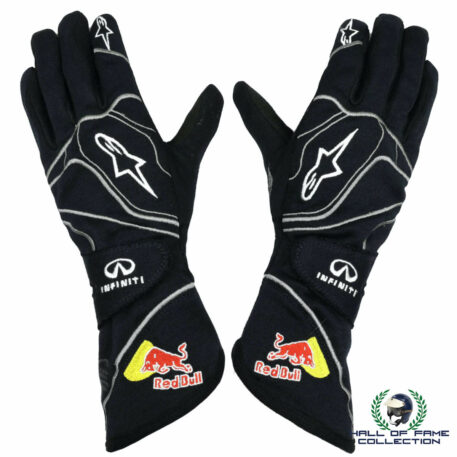 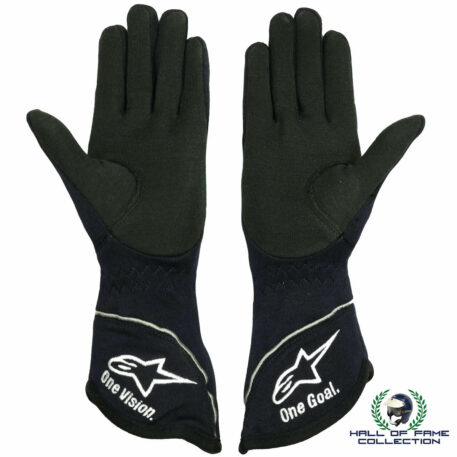 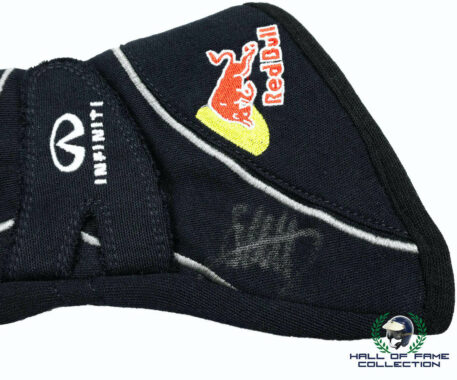 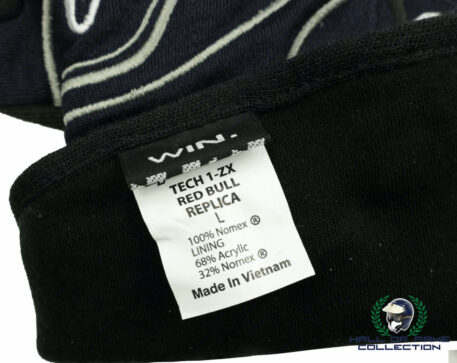 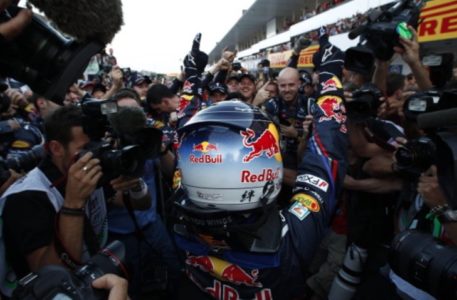 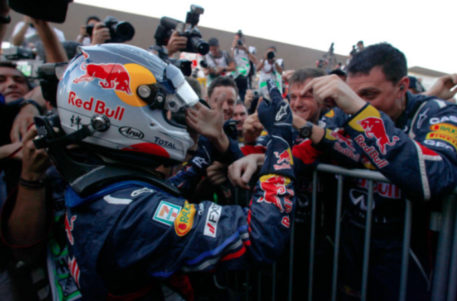 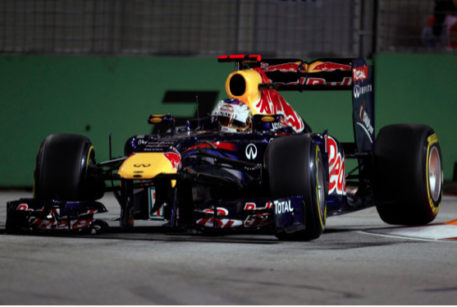 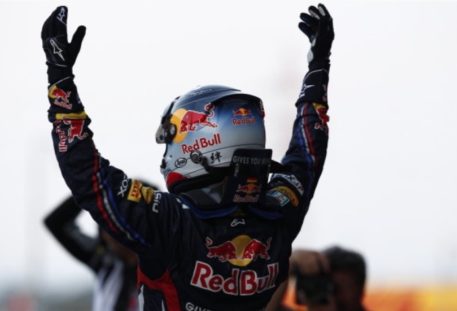 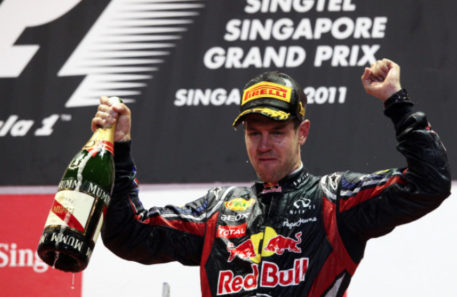 These Alpinestars gloves are replicas of the ones used by Sebastian Vettel while driving for Red Bull Racing during the 2011 F1 season. Vettel has signed the left glove in silver marker pen.

At the 2011 Singapore Grand Prix Vettel notched a first place finish and followed that up with a third place at the Japanese GP. The podium finish in Japan secured his second successive title with four races remaining, making him the youngest ever double and back-to-back champion. Vettel would win the following race in Korea to become the second driver to take at least ten wins in a season after Michael Schumacher, which also helped to secure Red Bull’s second successive World Constructors’ Championship. Vettel took his eleventh victory of the season in the inaugural Indian Grand Prix, leading every lap from pole position, as well as setting the race’s fastest lap to claim his first grand slam. Vettel broke the record for the most pole positions in a season at the season finale in Brazil, after he clinched his 15th pole of the year. He completed the year with 15 poles, 11 victories, and 17 podiums from 19 races, on the way to scoring a then record total of 392 points.