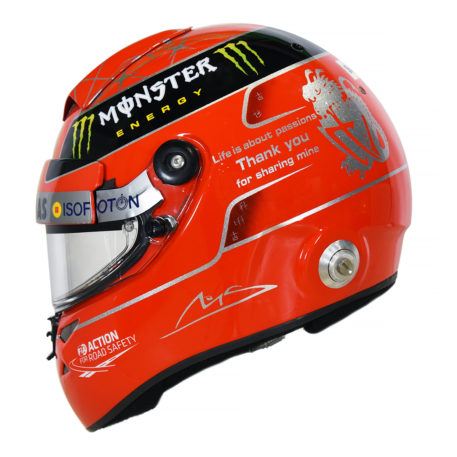 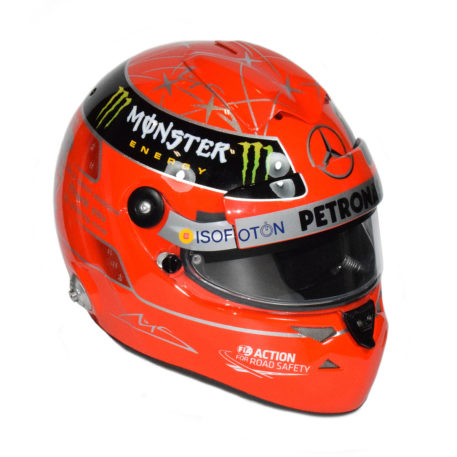 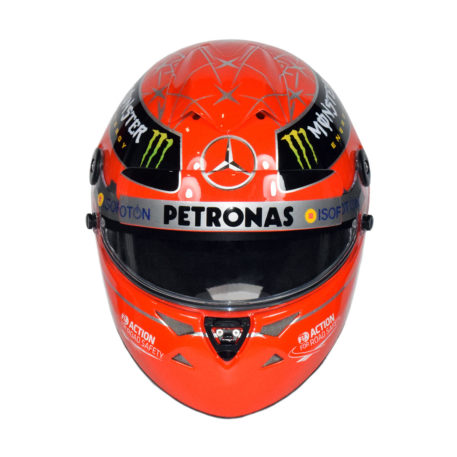 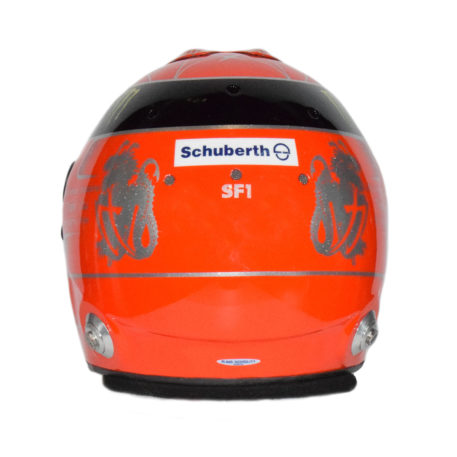 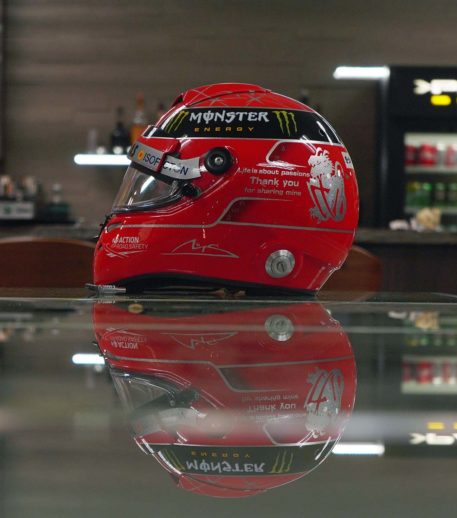 The 2012 Brazilian Grand Prix saw the end of an era as Michael Schumacher would finally retire from Formula One. In Brazil he raced with a helmet bearing the message “Life is about passions. Thank you for sharing mine.” Schumacher took the chequered flag at his 306th and final Grand Prix in seventh place. Schumacher would then congratulate Sebastian Vettel, his natural successor as Germany’s top racing driver, on his third F1 World Championship victory.

This original Carbon Schuberth SF1 with Snell 2010 sticker is an exact replica of that ‘Last Race’ Helmet. Its florescent red base color has a black band edged in glitter silver pin-striping around its top. Within this band is the Monster Energy branding on both sides. On the crown there’s a glitter silver star and line design, and around the middle is another glitter silver pinstripe. On both sides of the helmet is the “Thank you” message and next to these are Chinese dragons and Chinese script again in silver glitter. Schumacher’s logo is on the sides and on both cheeks are the F.I.A. Action logos. On the top front is the Mercedes three-pointed star. The visor has a Petronas/Isofoton visor strip. The helmet also has an original Mercedes radio installed.

This is a very special and rare one-of-a-kind replica helmet and this is probably the only chance to own such a fantastic item. The helmet comes with a Certificate Of Authenticity.