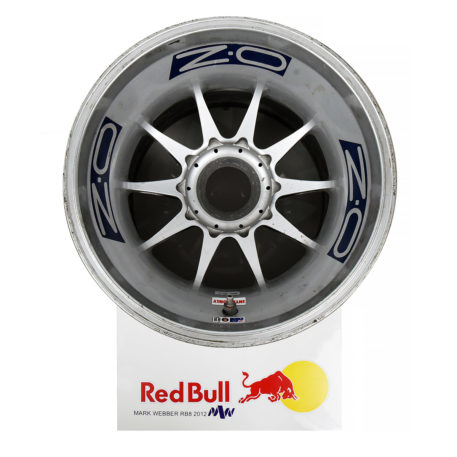 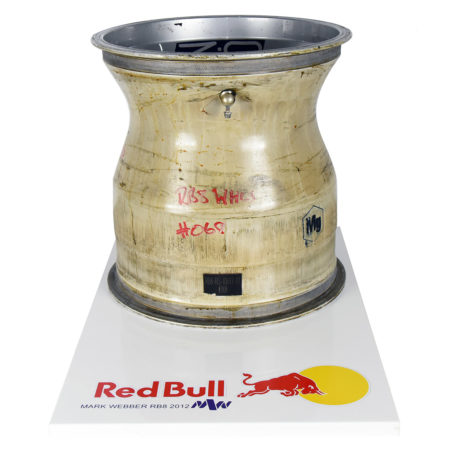 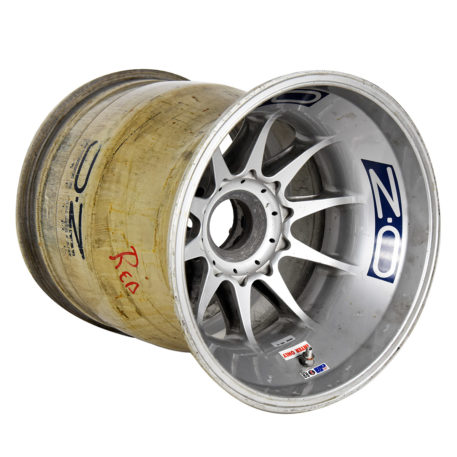 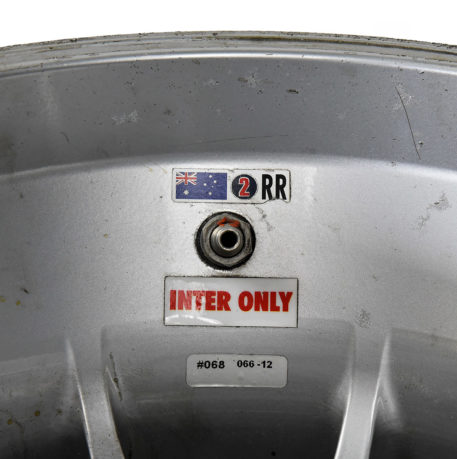 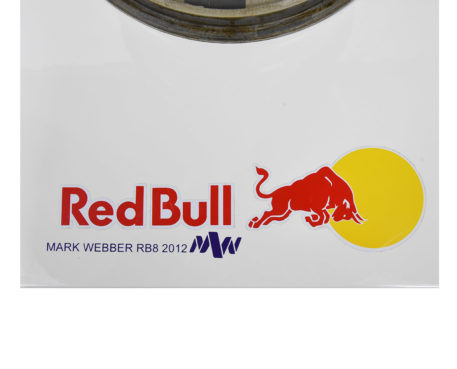 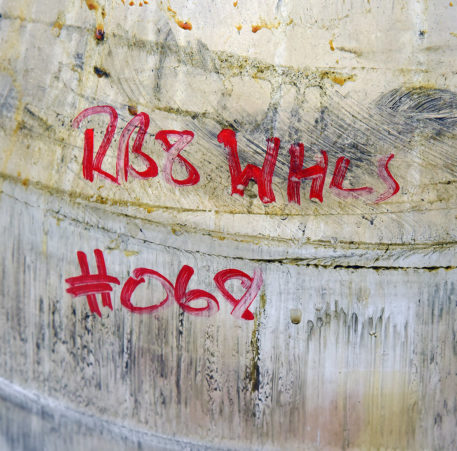 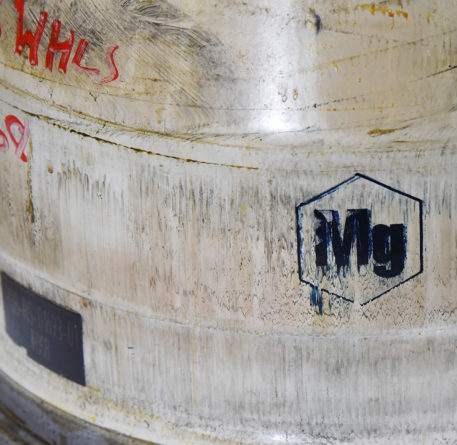 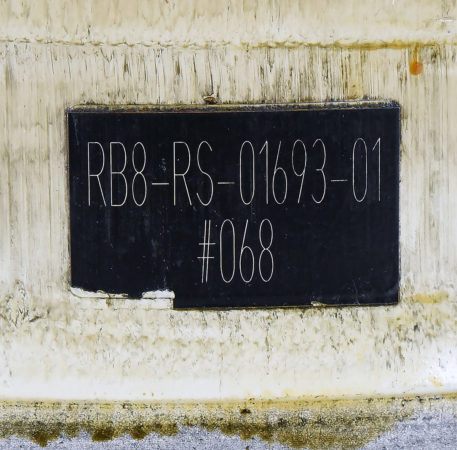 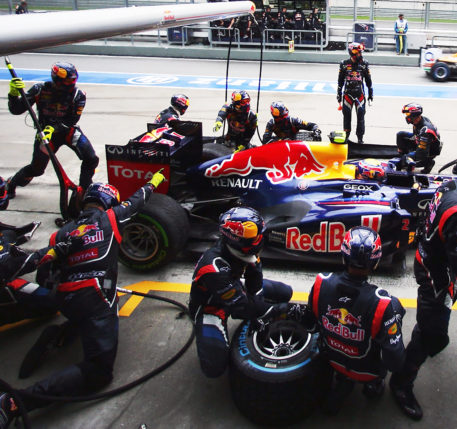 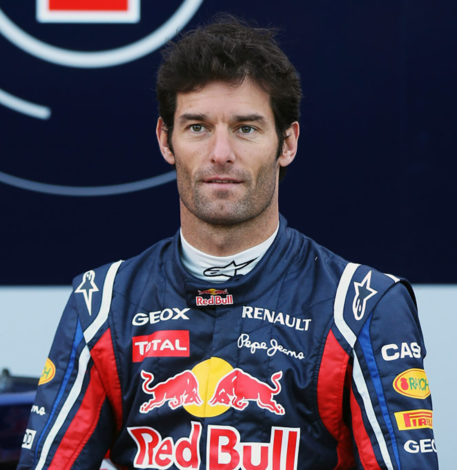 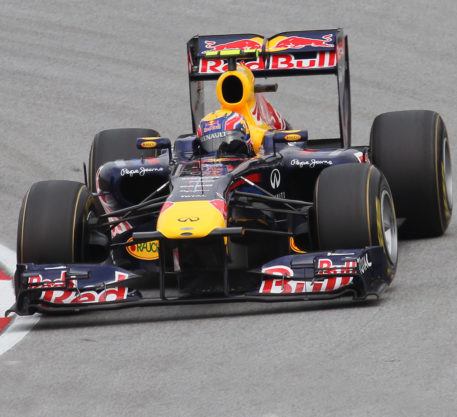 This magnesium OZ racing wheel rim from the Red Bull RB8 Machine of Australian driver Mark Webber. The rear rim was used by the team in the 2012 F1 Season where Webber had two wins and two further podium finishes. The rim has identifying team markings added to it which include written numbers in red marker pen RB8 (car), #68 (rim number) and stickers applied around the inflation valve that includes a top sticker with Webber’s national flag, race #2, and RR indicating that it’s a right rear rim from Webber’s machine. It also has an inflation instruction sticker and rim number sticker, as well as an attached manufacturing I.D plaque that has the numbers RB8-RS-01693-01 #68. It comes with a Red Bull plinth that has the team’s lettering and ‘Charging Bull’ trademarks as well as Webber’s name, personal logo and year.

This item would make a great centerpiece to any Formula 1 collection.