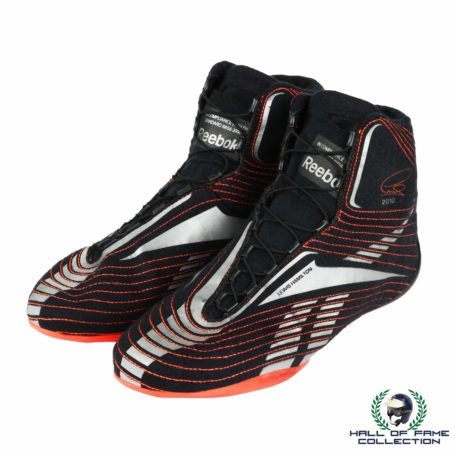 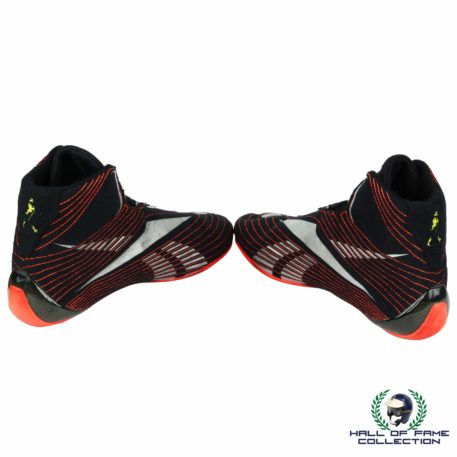 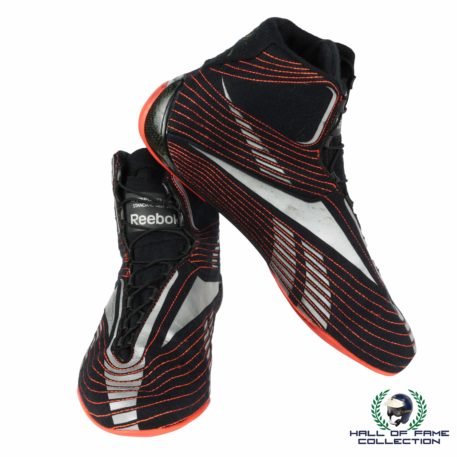 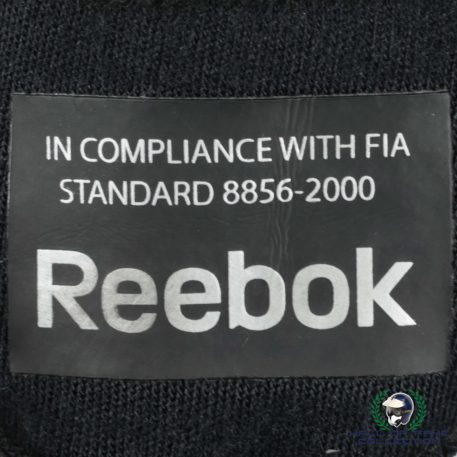 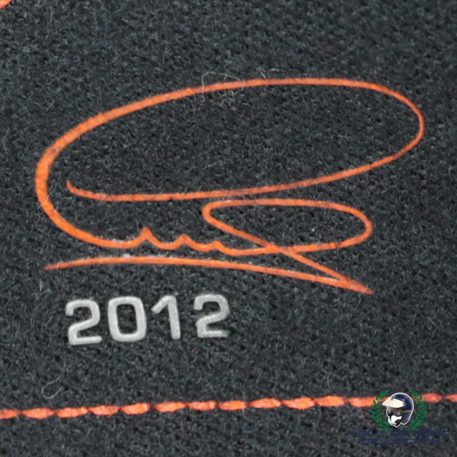 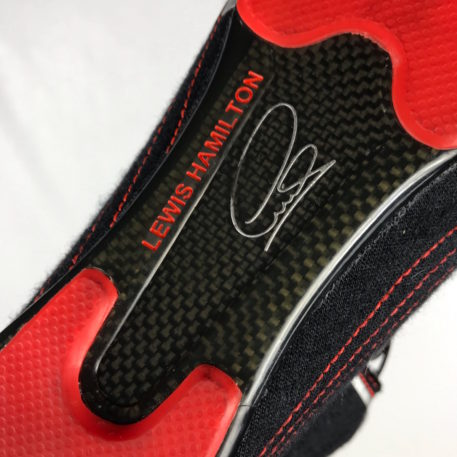 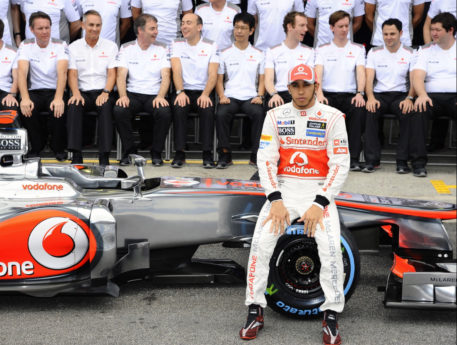 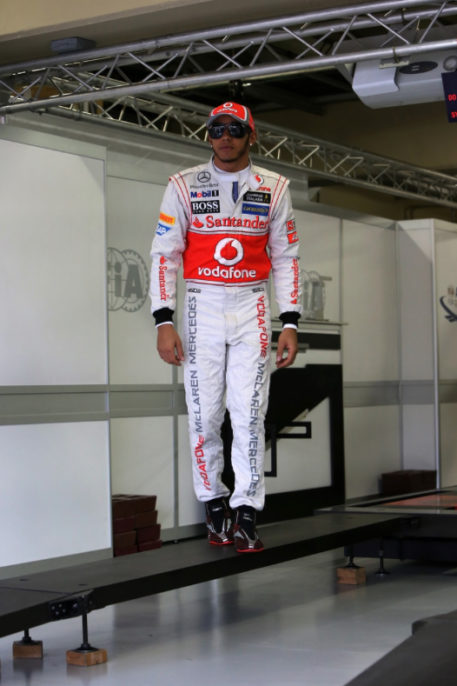 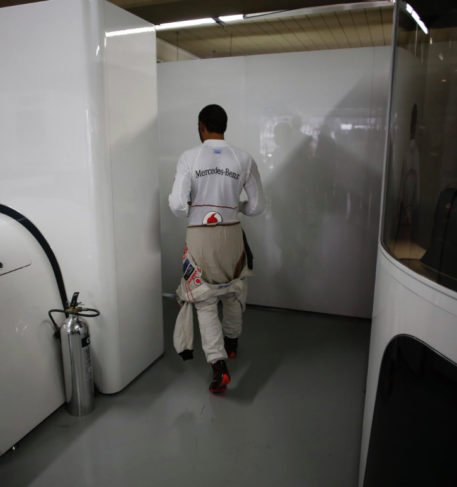 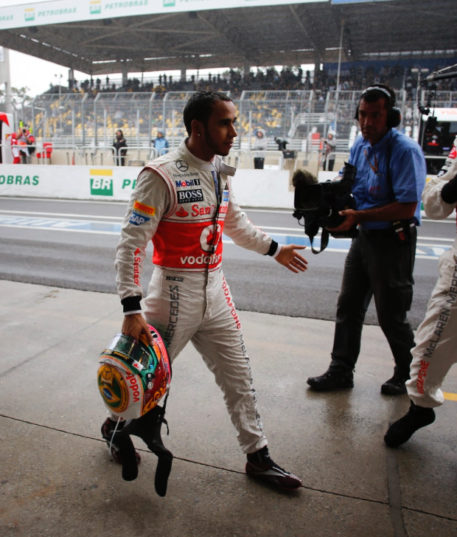 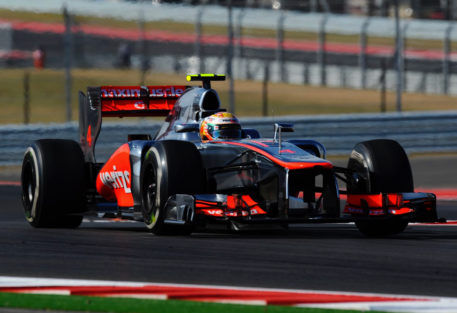 Pair of Reebok race-used boots worn by Lewis Hamilton during the 2012 Formula 1 season while driving for the Vodafone McLaren Mercedes team.

These unique boots are custom made specifically for Hamilton. The mainly black boots have Lewis Hamilton’s signature printed on them in McLaren Rocket Red and the year 2012 in silver, the boots are stitched in Rocket Red and have silver detailing to match the car’s livery. Hamilton’s name is printed on the side of the boot and again on the bottom which includes another printed signature. The sole and heal are made of Rocket Red rubber with beautiful carbon fibre detailing, the final touch is the Johnnie Walker logo on the back of the ankle support.

Hamilton currently competes in Formula One for Mercedes, having previously driven for McLaren from 2007 to 2012. In F1, Hamilton has won a joint-record seven World Drivers’ Championship titles (tied with Michael Schumacher), and holds the records, to date, for the most wins (99), pole positions (100), and podium finishes (172), amongst others. Hamilton achieved four race-wins in the 2012 season as he finished fourth in the drivers’ standings. Before the end of the year, Hamilton announced, to much surprise, that he would be joining Mercedes for the 2013 season, replacing the retiring Michael Schumacher.

The visually stunning boots come with a Certificate Of Authenticity.