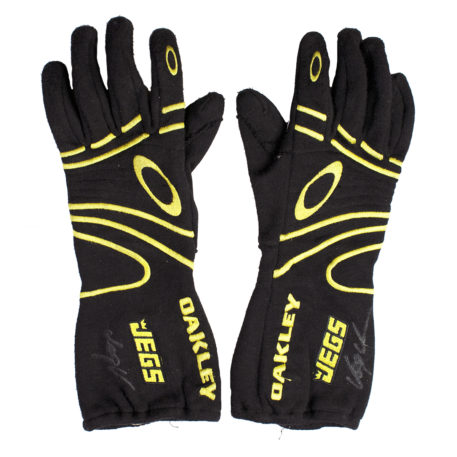 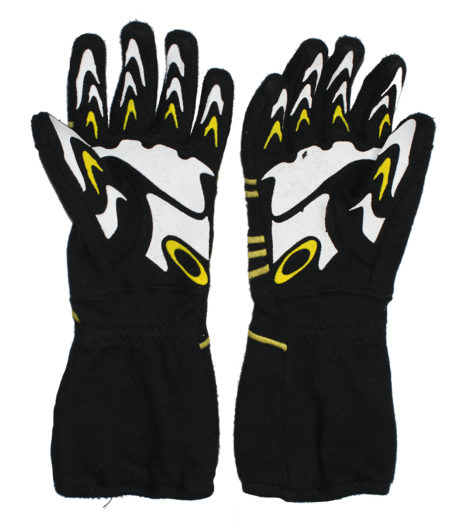 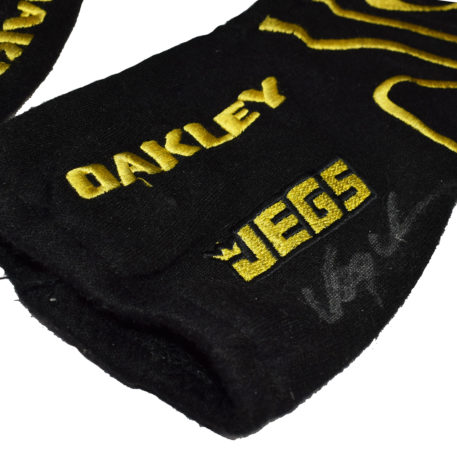 These gloves were worn by six-time world drag racing champion Jeg Coughlin Jr. He’s the winner of the NHRA Pro Stock title five times (2000, 02, 08, 07, 2013) and the 1992 NHRA Sportsman Super Gas Champion. Coughlin Jr. holds several NHRA records and is the only driver to collect victories in four different categories in one season.

These Oakley race gloves were worn during the 2012 NHRA Pro Stock Championship where Coughlin Jr. drove a JEGS.com and Mopar-sponsored Dodge Avenger.

The black gloves have embroidered yellow line detailing and Oakley and Jegs branding logos on their tops. The palms have white gripper fabric embossed onto them, along with Oakley branding.

Jeg Coughlin Jr. has personally signed both the gloves and they come with a full Certificate Of Authenticity.