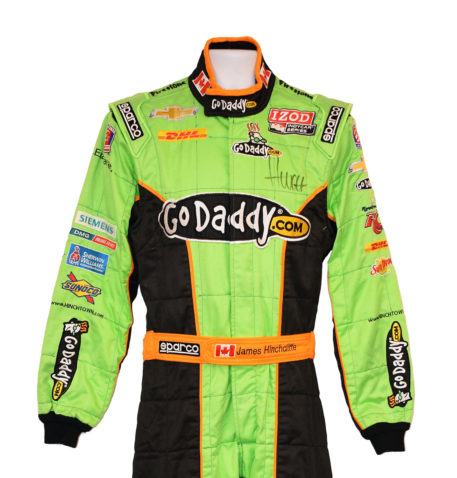 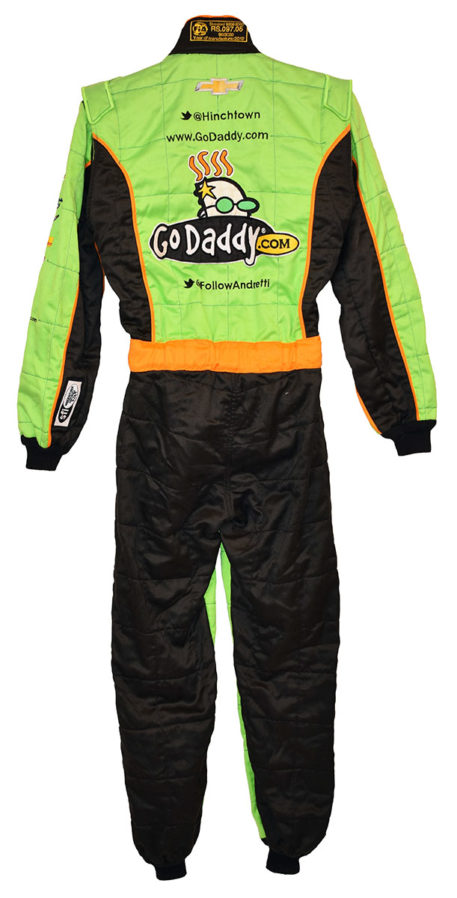 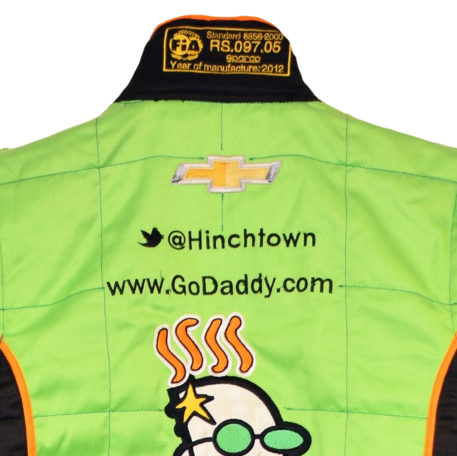 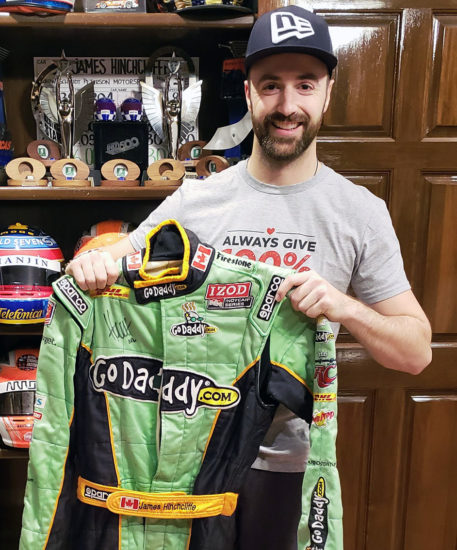 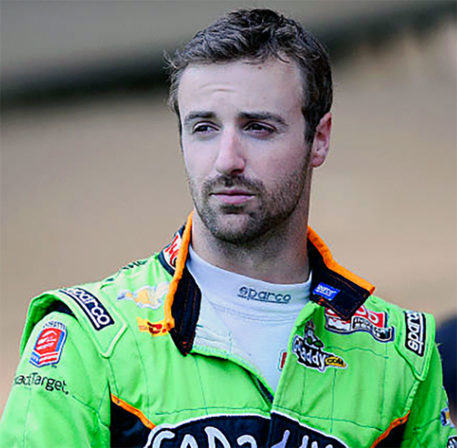 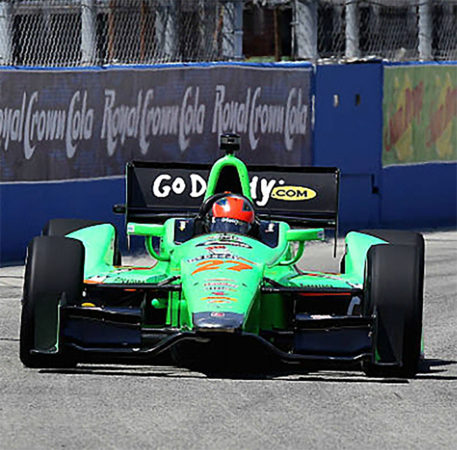 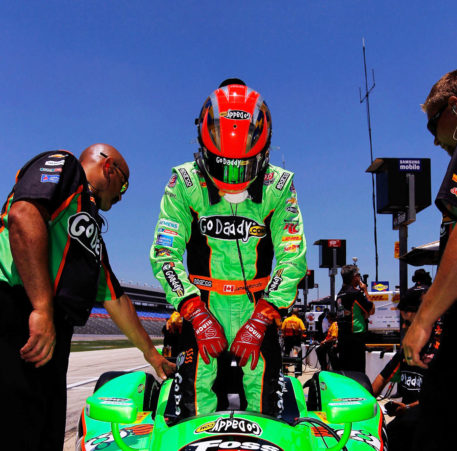 Race suit worn by popular Canadian driver James Hinchcliffe. The suit was used in 2012, Hinchcliffe’s first IndyCar season with Andretti Autosport, where he would replace Danica Patrick as the driver of the GoDaddy sponsored car. Hinchcliffe had a positive season with five top-five finishes including two podiums.

The Sparco suit has the florescent green and black colors of the GoDaddy Corporation, with the suits black side panels being edged in orange. GoDaddy’s lettering and branding are prominently displayed on the suit and are seen on the back, front legs, neck and arms. The suit’s arms display many other team sponsors/supplier logos including DHL, Siemens and Sun Drop to name a few. Its orange waist belt has Hinchcliffe’s name and Canadian national flag embroidered on it.

Hinchcliffe’s race worn items are very rare as James is a well know collector himself. This suit has been personally signed by James Hinchcliffe and comes with a full Certificate of Authenticity.