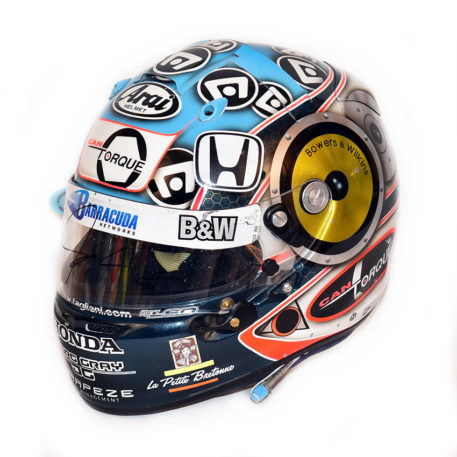 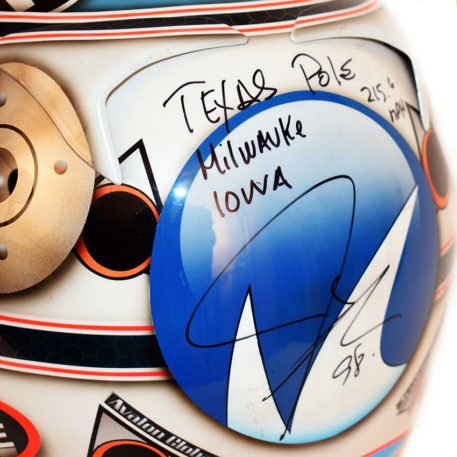 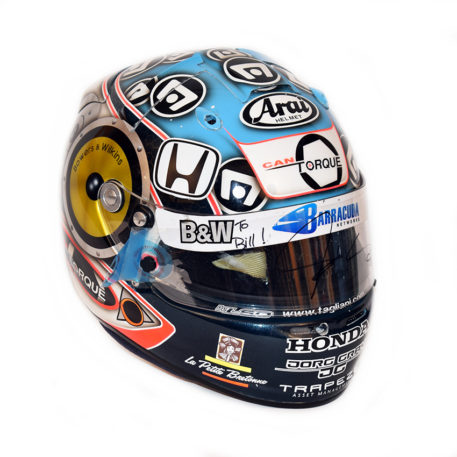 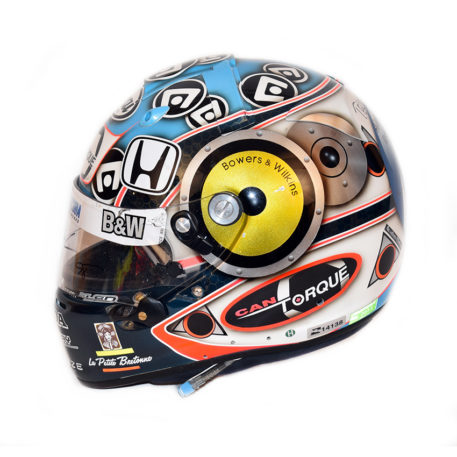 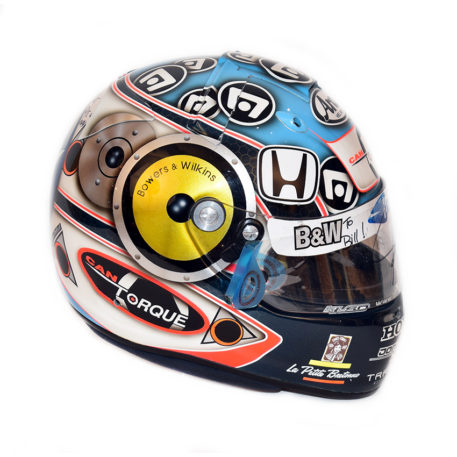 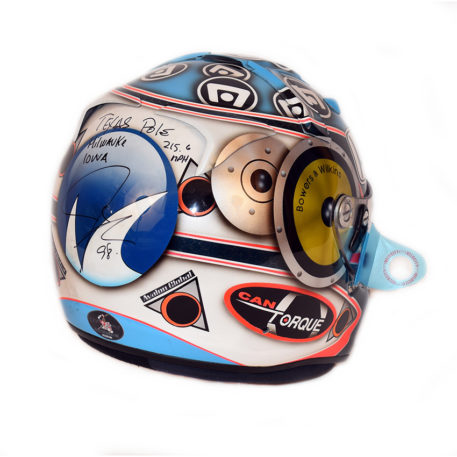 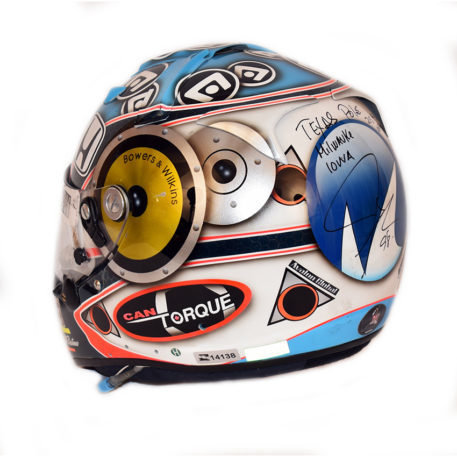 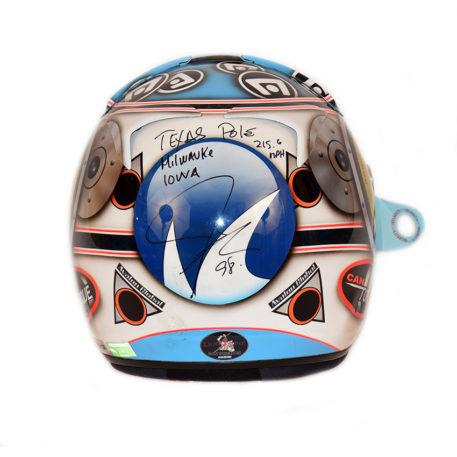 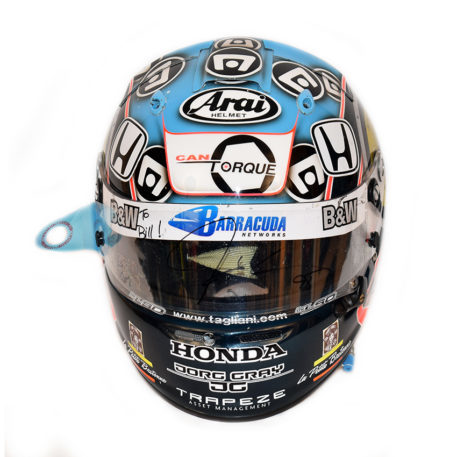 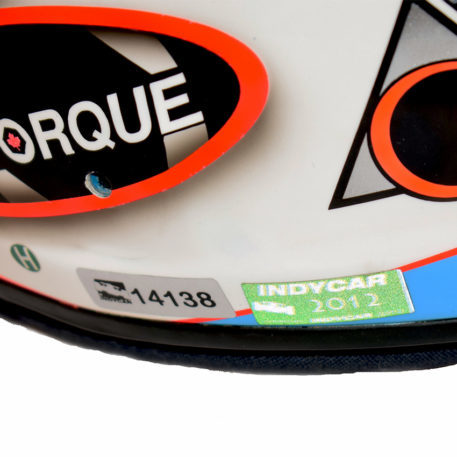 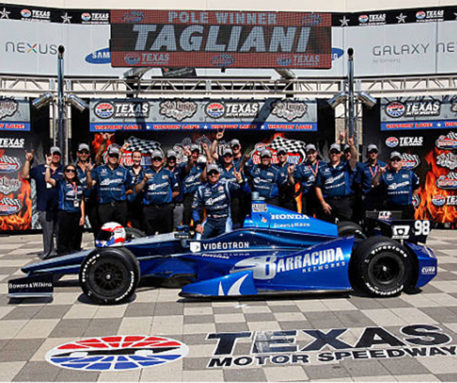 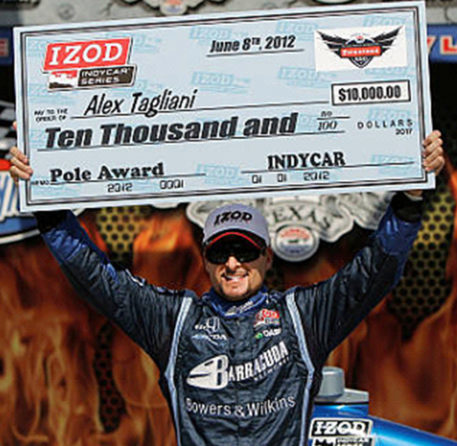 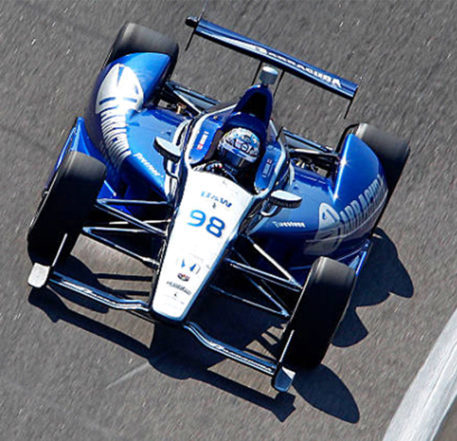 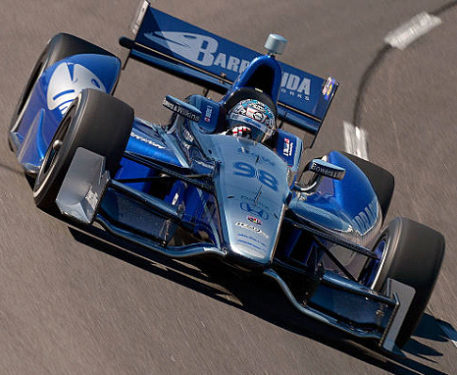 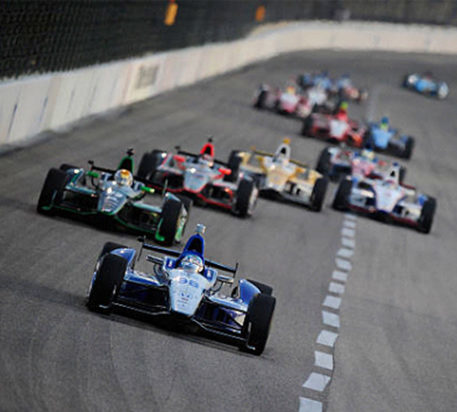 A fabulous looking Arai helmet worn by popular CanadianÂ driver Alex Tagliani. It was worn by Tagliani while driving a Dallara DW12 for the Barracuda/Bryan Herta Autosport Team during the 2012 IndyCar Series season. Tagliani used this helmet for three races during the season, Texas, Milwaukee and Iowa. Tagliani won the pole position for the Texas Firestone 550. He has personally documented on the rear of the helmet the races this helmet was used for. He has also personally signed in two places (visor and back), dated and added his 98 race number.

The helmet painted by LSD, has dark blue chin and cheeks with two bands edged in orange and white that extend from the front over the top and around the middle that dived two white panels and the light blue top. There are many sponsor logos applied to the helmet including Bowers and Wilkins Hi-Fi speakers on both sides, Motegi Racing roundels to the top and CanTorque to the bottom sides. The helmet has all its IndyCar tech stickers still in place.