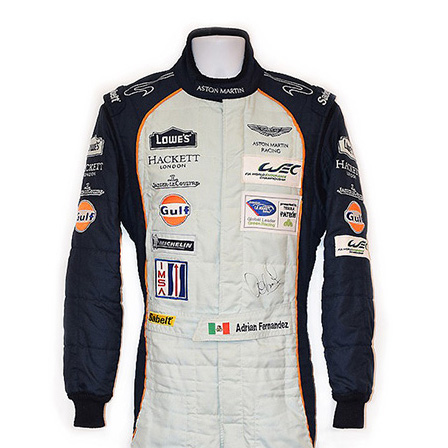 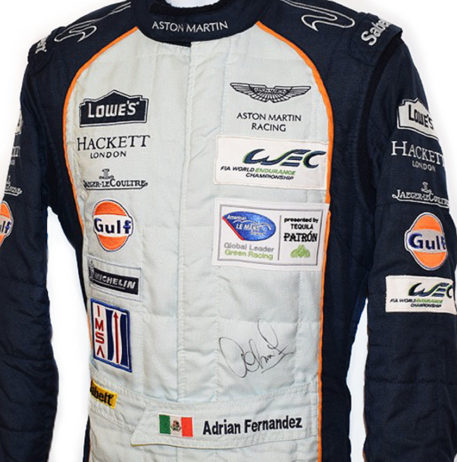 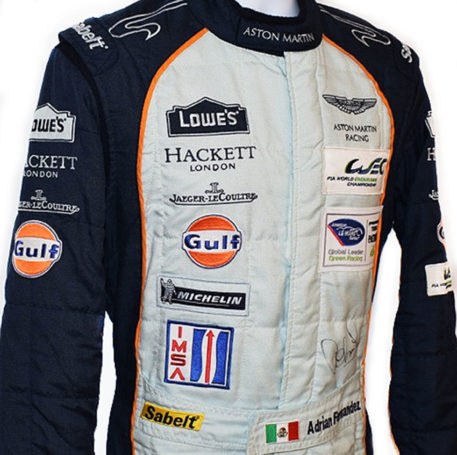 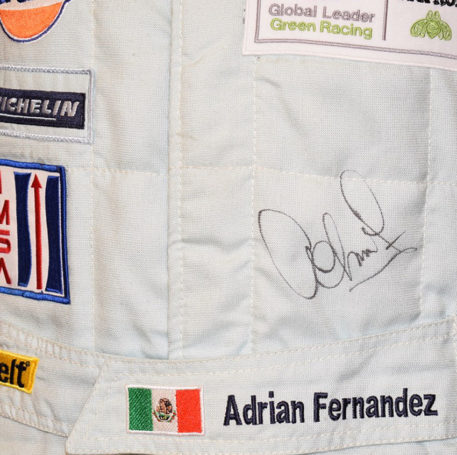 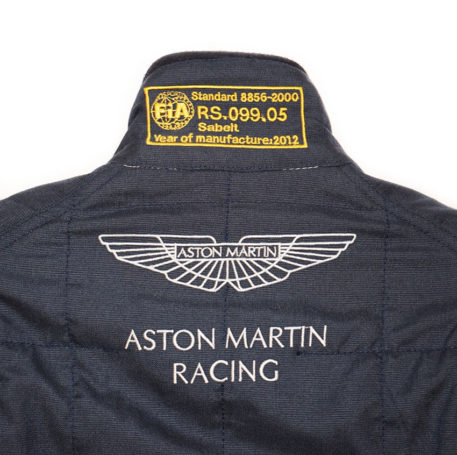 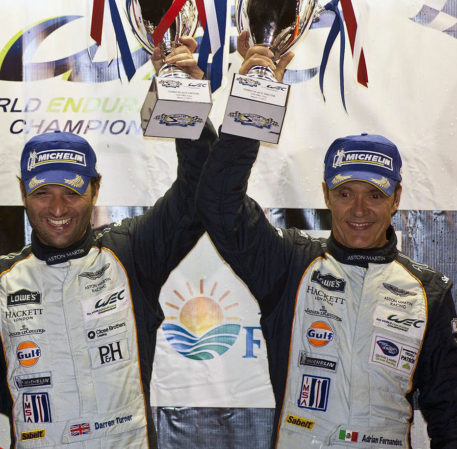 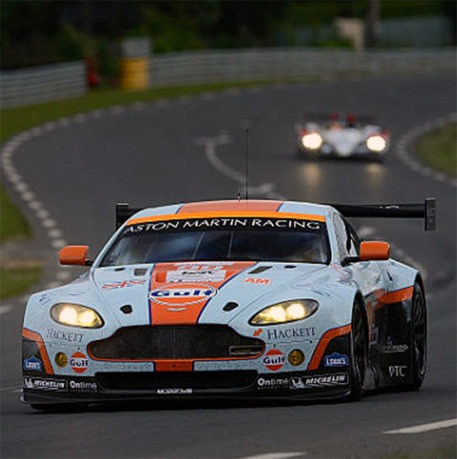 After spending most of his career in IndyCars and a having nine race stint in NASCAR, Adrián Fernández turned his focus to endurance SportsCar racing. After three years running his own LMP2 team, he got the call to drive for the Aston Martin Racing in the American Le Mans Series and at the Le Mans 24 hours. Fernández along with co-drivers Stefan Mücke and Darren Turner driving an Aston Martin Vantage GTE placed third at the 2012 Seabring 12 hours. The same trio also finished third in class at Le Mans that year. This was to be Fernández final year with the team. He has since moved on into driver management.

This stylish looking Sabelt suit has been photo matched to the 2012 Seabring race (see pictures), and comes in dark and pale blue colors with orange piping. It has full Aston Martin branding and also has many sponsorship patches and embroidered logos to the chest arms and back including Lowe’s, Hackett and Jaeger as well as the WEC, American Le Mans series and IMSA patches sewn onto the suit.

The suit has been personally signed by Adrián Fernández and comes with a full Certificate of Authenticity.