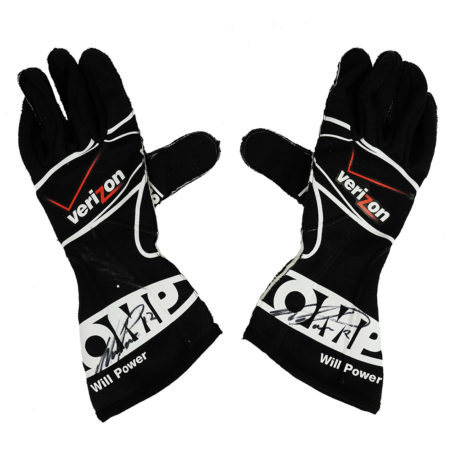 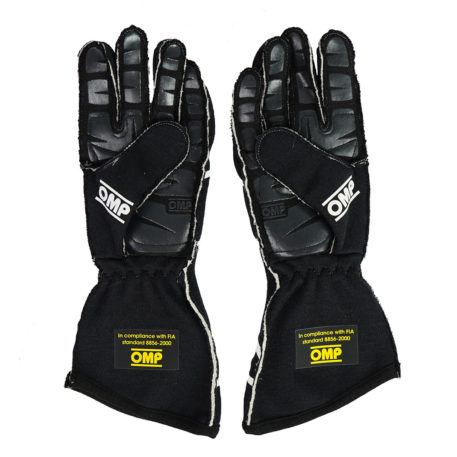 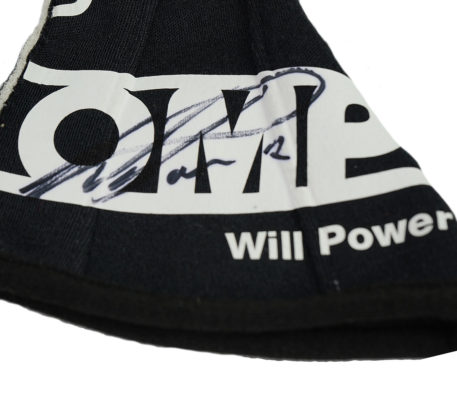 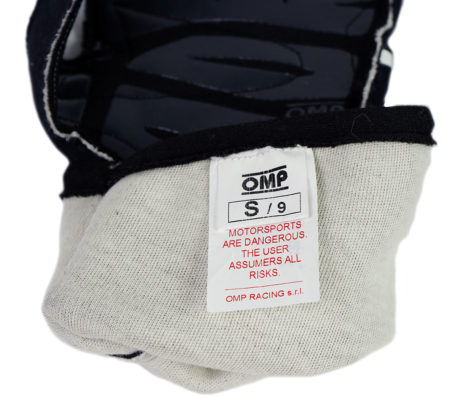 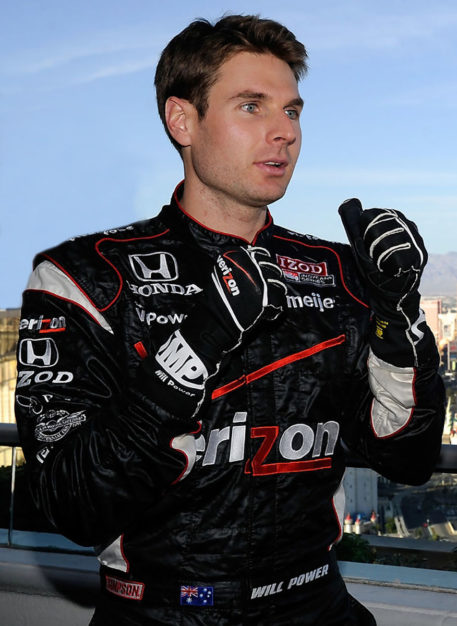 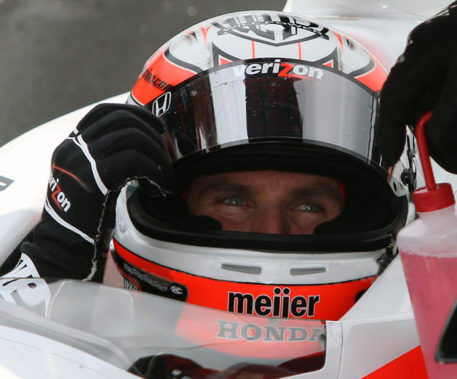 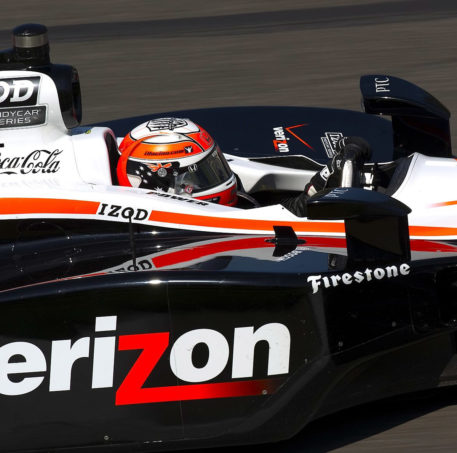 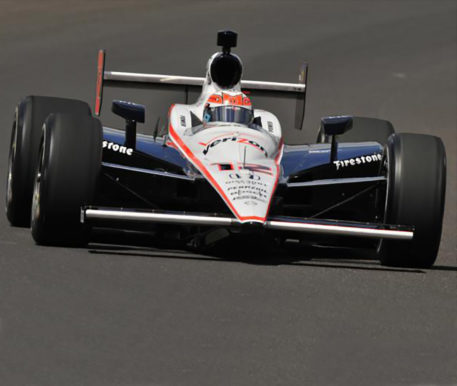 OMP race gloves worn by popular IndyCar driver Will Power during the 2011 Indy Car Series while driving for Team Penske. During the season Power would win six races, he and rival Dario Franchitti would vie for the title going into the final race of the season at the Las Vegas Motor Speedway. This fateful race was marred by a 15-car pileup on the 11th lap that tragically took the life of racer Dan Wheldon. Three other drivers, including Power, were injured in the accident. The abandoned race was stricken from the record books and points leader Franchitti was declared the series champion, with Power, declared as the runner up even though he had won more races during the season, six wins to Franchitti’s four to be exact.

These striking black gloves bear Powers’ Team Penske ‘Verizon’ sponsorship branding logos on their tops and the OMP logo and Powers name printed on their cuffs. The thumbs also have the OMP logo printed on them. The gloves have black gripper fabric on the palms and fingers as well as FIA compliance labels on the cuffs.

Will Power has personally signed and added his race #12 to both gloves.

They come with a full Certificate Of Authenticity.