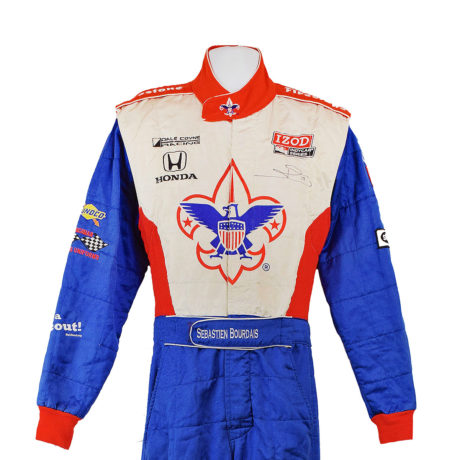 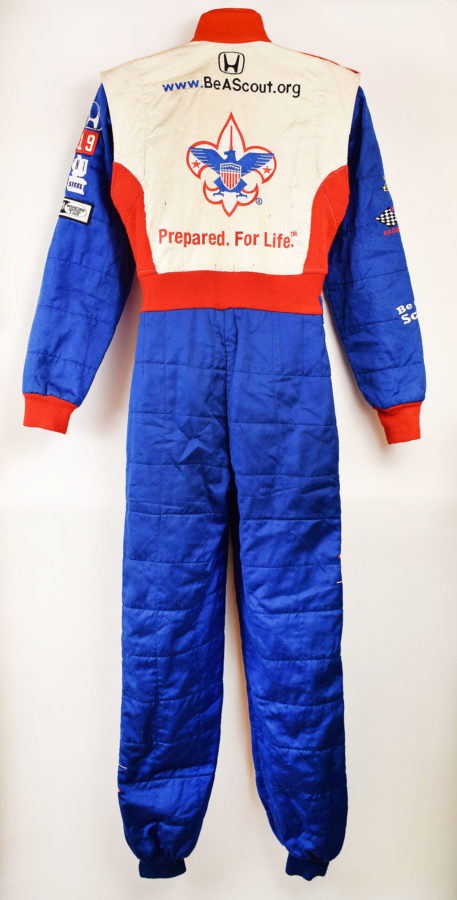 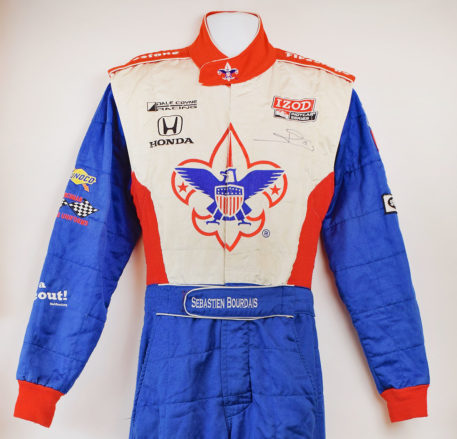 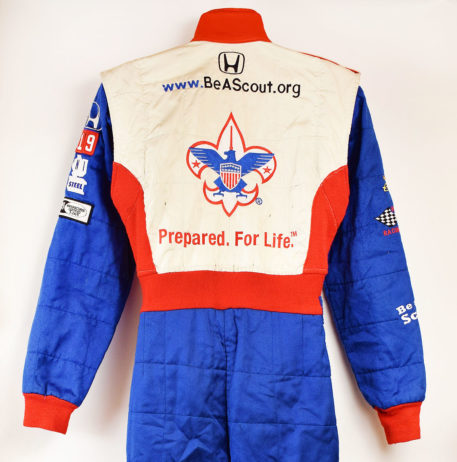 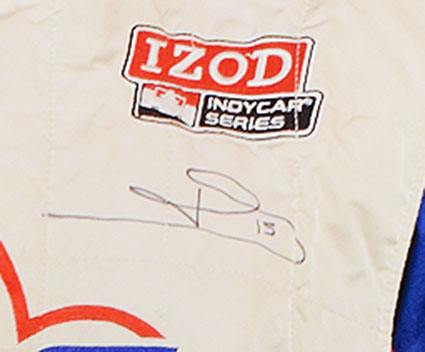 Race used suit worn by Sebastien Bourdais during the 2011 season. After four years dominating the Champ Car series and with a couple of seasons in F1 under his belt, the Frenchman switched to Indycar and had his first full-time ride with Dale Coyne Racing in 2011.

Bourdais has not only excelled in open wheel racing, having 37 career IndyCar wins to date as well as many other podiums, but is also a stand out sports car driver who competes regularly at Le Mans and the Weather Tech Sports Car Series, for example. He has scored overall wins at The 12 Hours of Sebring, the Rolex 24 and has a class win in his home race at the 24 Hours of Le Mans.

With it’s sponsorship logo from The Boy Scouts Of America and it’s red, white and blue colors this race suit would make an exceptional addition to any collection.