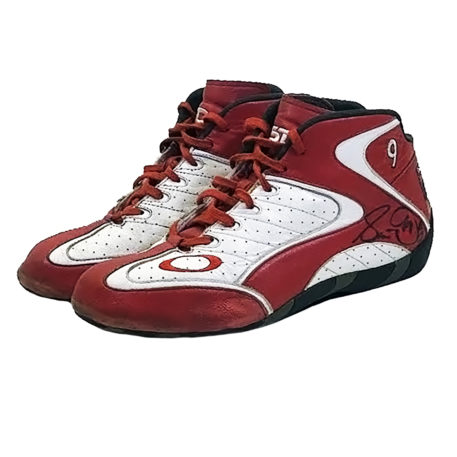 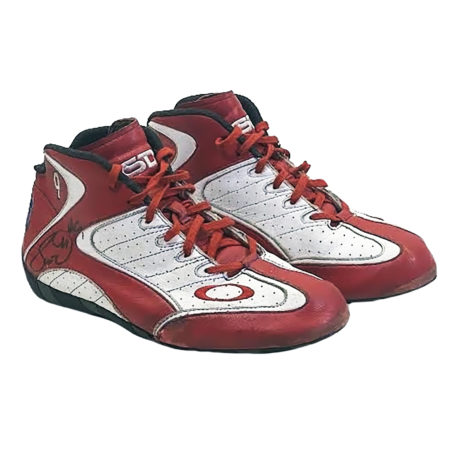 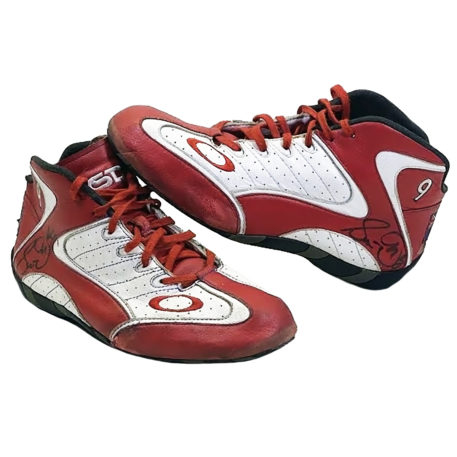 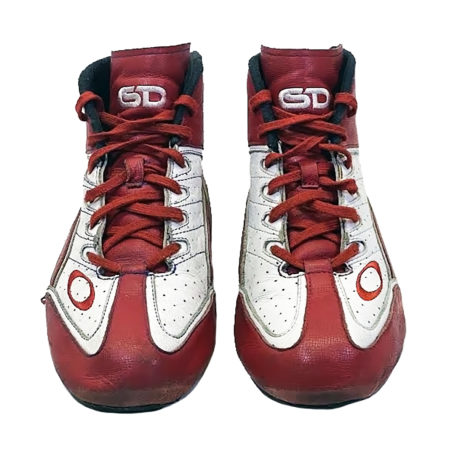 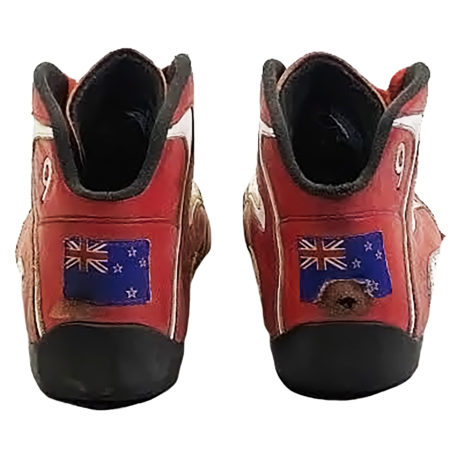 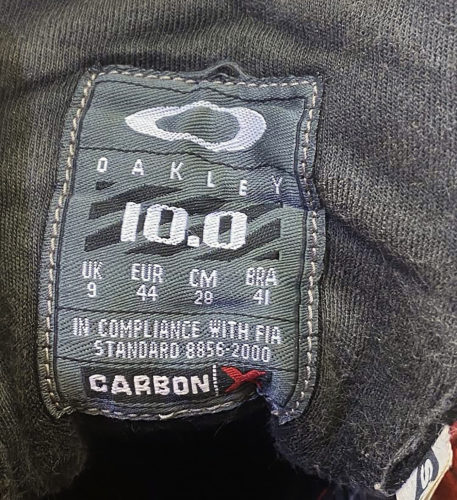 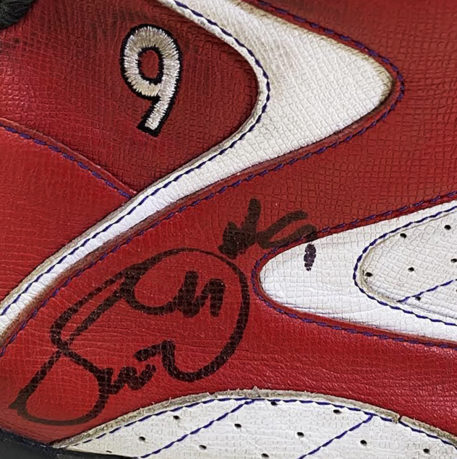 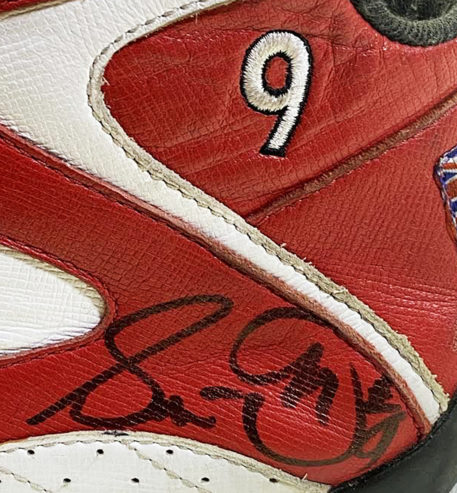 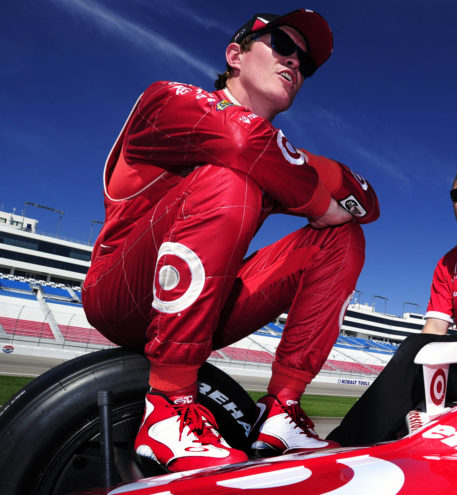 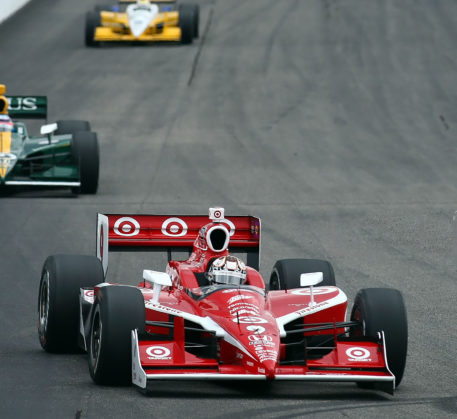 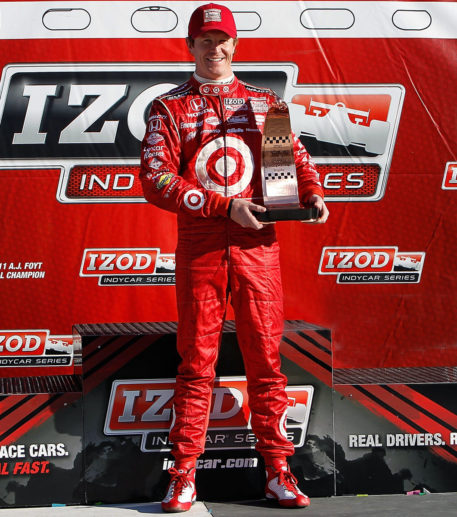 Pair of Oakley race boots worn by IndyCar superstar Scott Dixon. The New Zealander Dixon is now considered to be one of the greatest drivers in IndyCar history, with six Championship titles and an Indy 500 win. He currently stands third in all-time wins with 50 victories to date.

These boots were used by Dixon in 2011 while driving for the Target Chip Ganassi Team and show heavy use. He had two wins and seven other podium finishes that season which saw him finish third in the final driver standings.

The red boots have white panels on the vamps and side areas, with white flashes on the ankles along with Dixon’s race #9 to the outside shafts. Dixon’s national flag is on the back of both the heels and his ‘SD’ initials are on the top of both tongues.

Both boots have been personally signed on the heels by Scott Dixon who has added his race #9 to each signature.

A great rare chance to acquire race-worn boots used by one of the all-time great drivers.