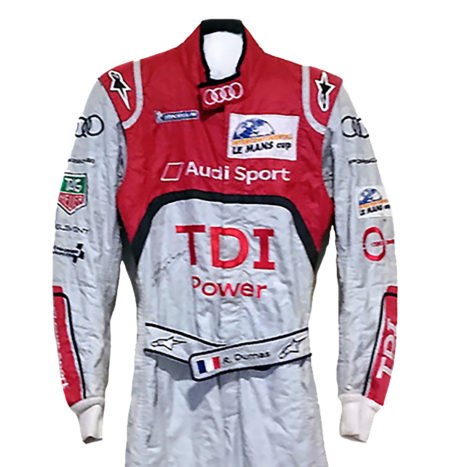 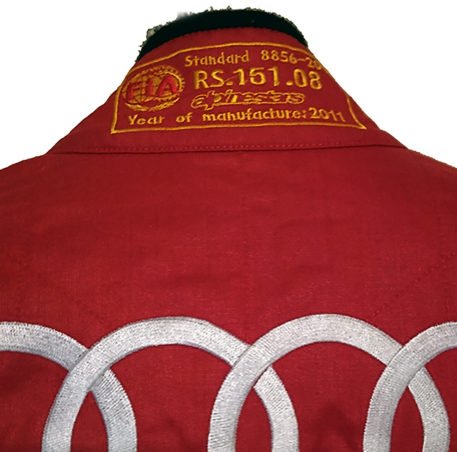 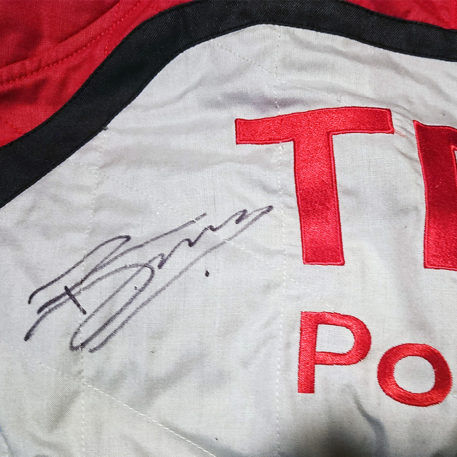 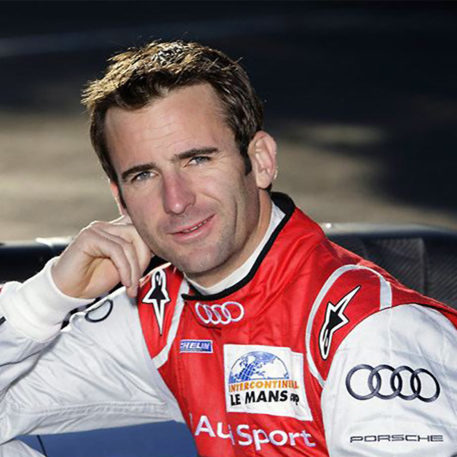 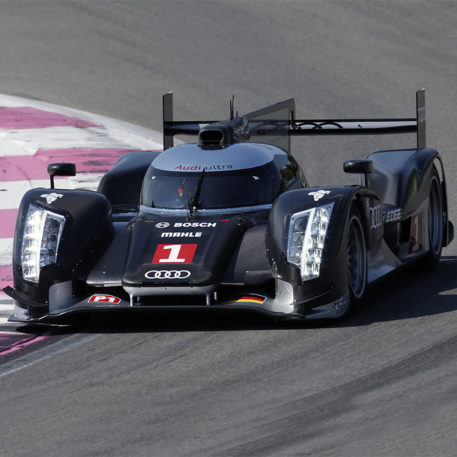 This mainly silver suit has a red upper body that has Audi Sports logos on the front and the Four Audi rings on the back. There are red panels edged in black on the arms and on one leg where the Audi Sports logo can be seen. On the midriff, front and back, are the red letters TDI Power (Turbocharged Direct Injection) which Audi Sport used to power their sports car engines. Other sponsor and supplier logos can be seen on both arms as well.

The suit has also been personally signed by Romain Dumas and comes with a full Certificate Of Authenticity. 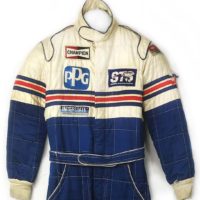