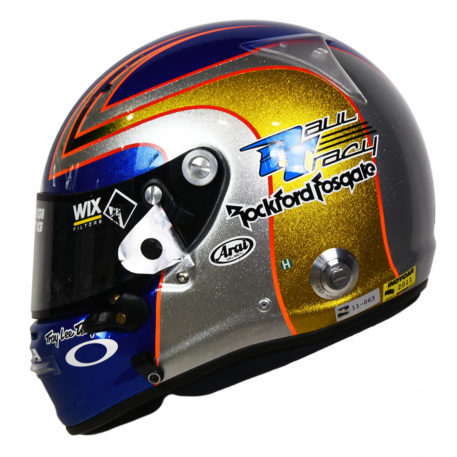 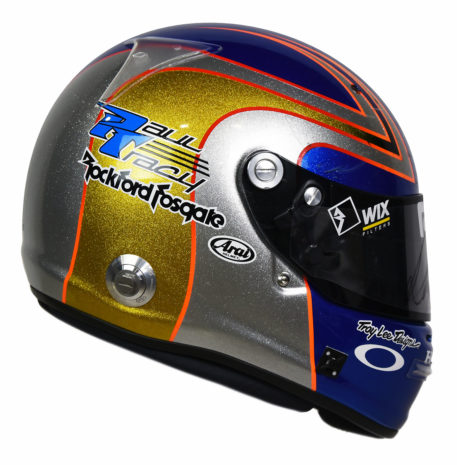 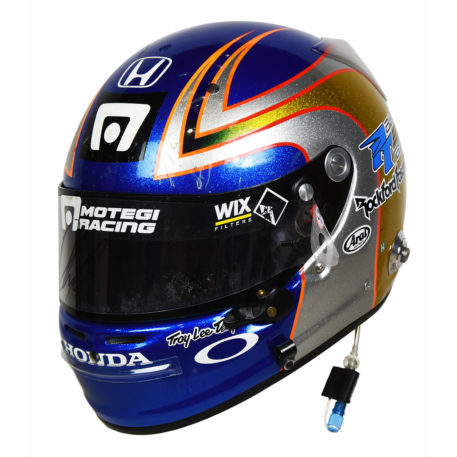 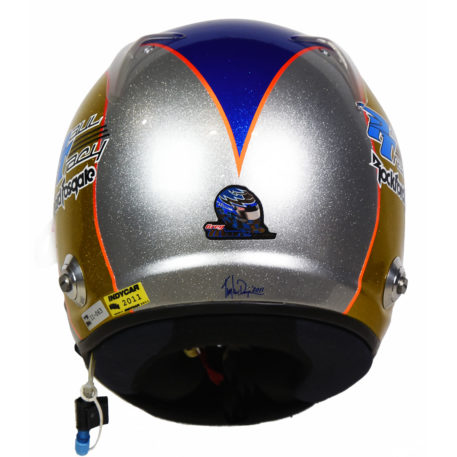 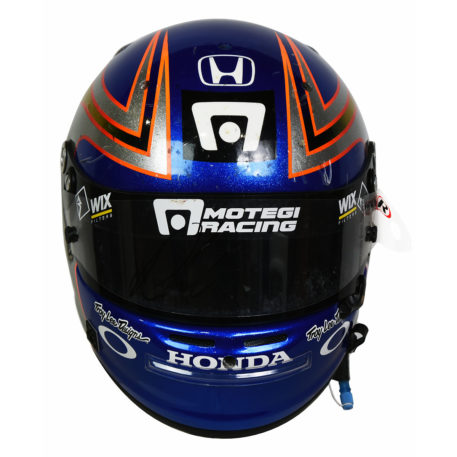 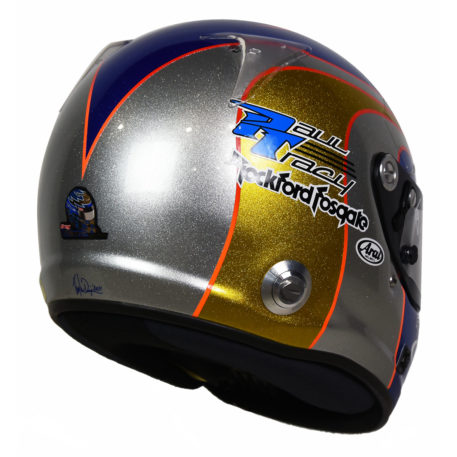 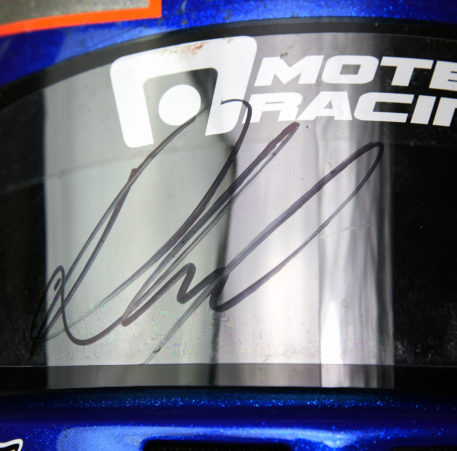 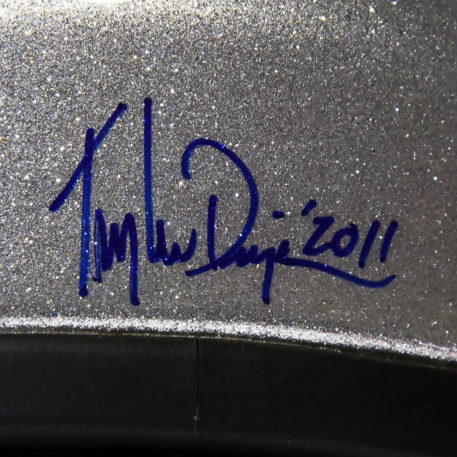 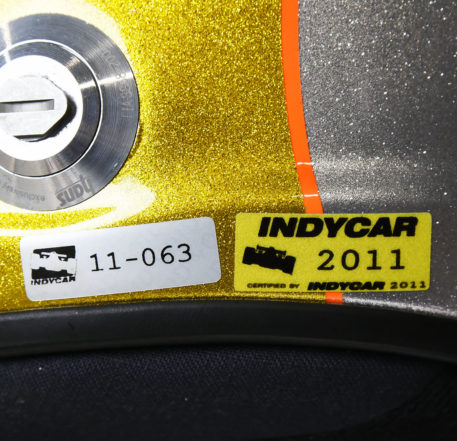 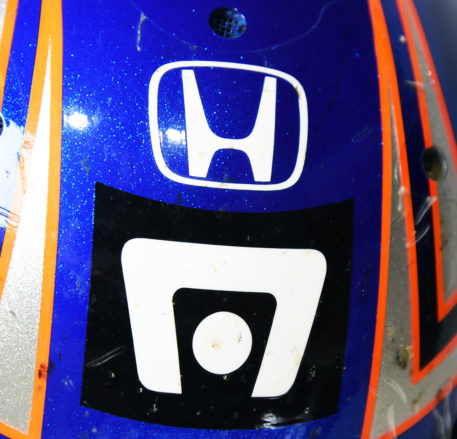 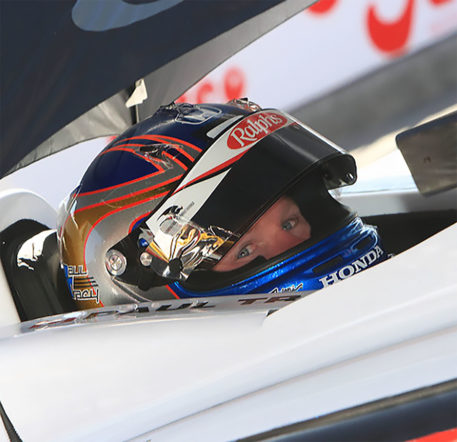 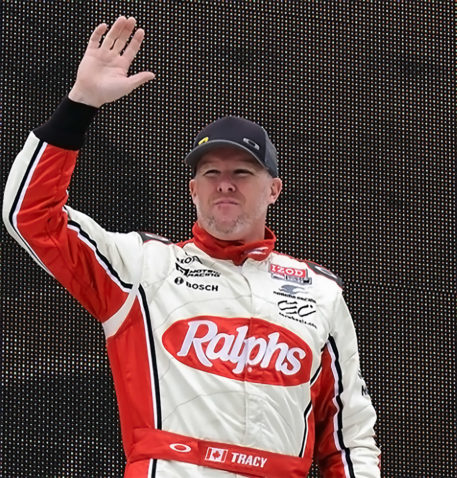 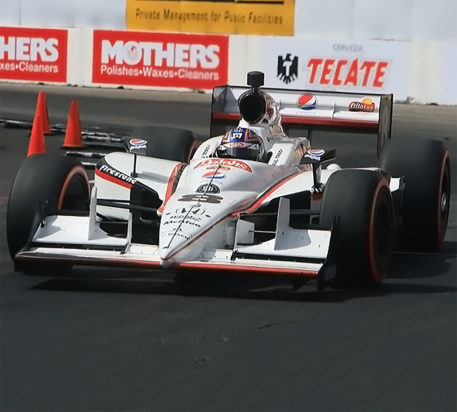 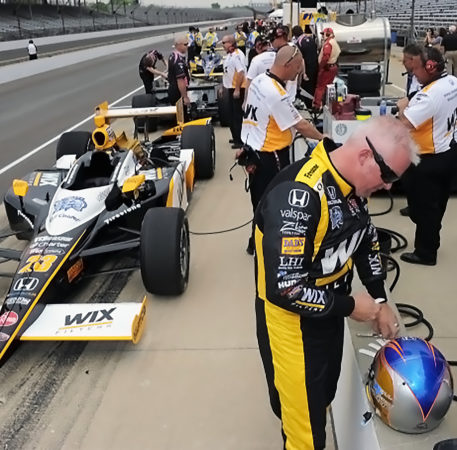 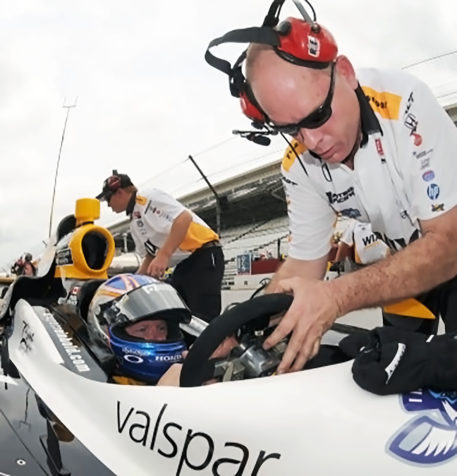 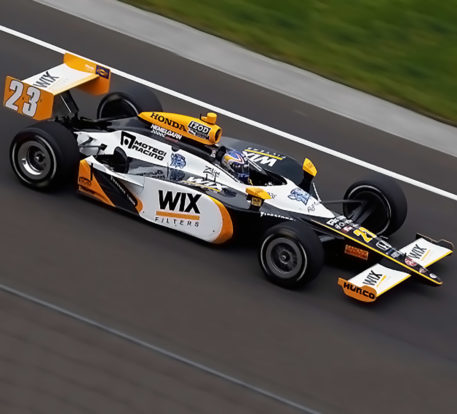 This stunning looking Arai helmet was used by Canadian Paul Tracy. The former 2003 Champ Car Champion used this helmet in his final season in IndyCar racing. It was race-worn during the 2011 Toyota Grand Prix of Long Beach then used again in practice and qualifying sessions in the 95th running of the Indianapolis 500. Tracy can be seen in action at both events wearing this helmet (see pictures). After an open-wheel career that spanned twenty-six years, Tracy decided to retire from IndyCar racing after he was one of the drivers involved in the accident that fatally injured Dan Wheldon at the season finale at Las Vegas Motor Speedway.

The Troy Lee painted design has a metallic blue front and crown that are edged in red and finishes in a point at the back. The back and sides have a metallic silver finish and within this, there is a metallic gold band again all edged in red. These both start in a flash on the crown with the gold band widening as it curves down both sides. Tracy’s name is on both sides and just below is a Rockford Fosgate sponsor decal. The top front has Honda and Motegi logos with the chin and cheeks wearing Honda, Troy Lee/Oakley decals respectively. To the center of its back is a Greg Moore memorial decal. The dark-tinted visor has been personally signed by Paul Tracy and has a Wix Filters/Motegi Racing sun strip and has tear-off attached. The helmet also has its Hats-Off device installed and rear air deflectors, HANS post anchors, and IndyCar tech stickers attached.

This Helmet worn by one of the most popular drivers of the modern era would be a centerpiece of any helmet collection.