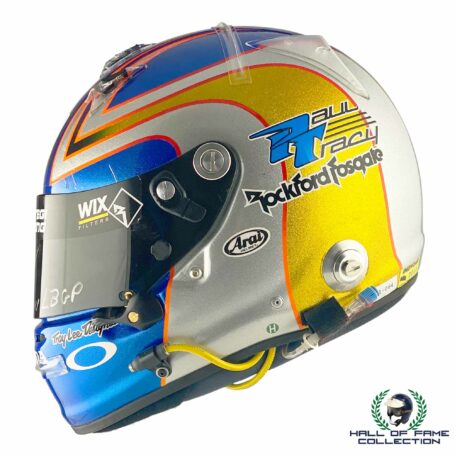 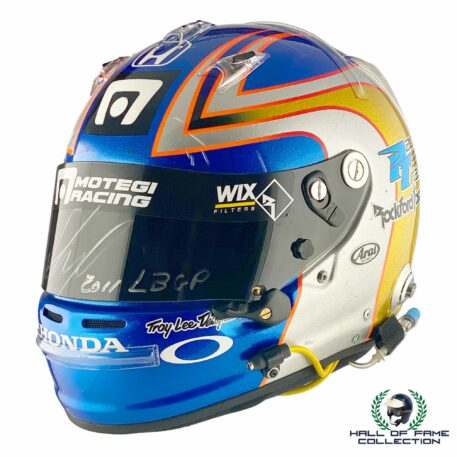 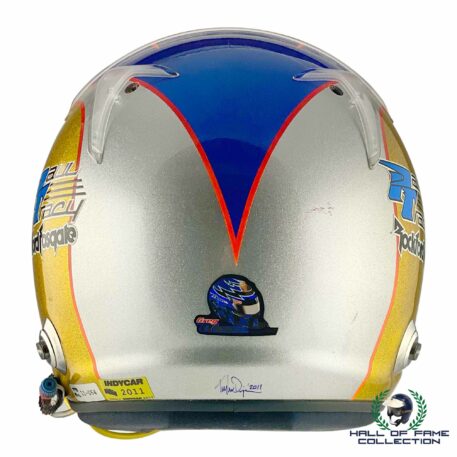 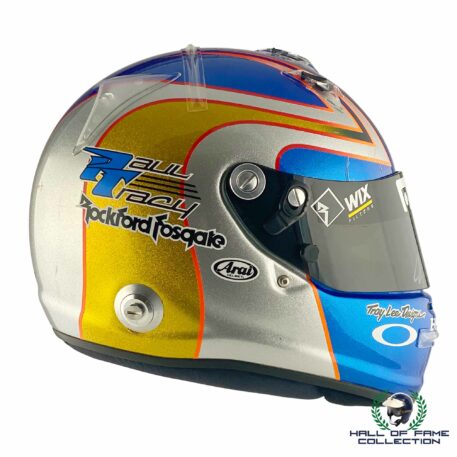 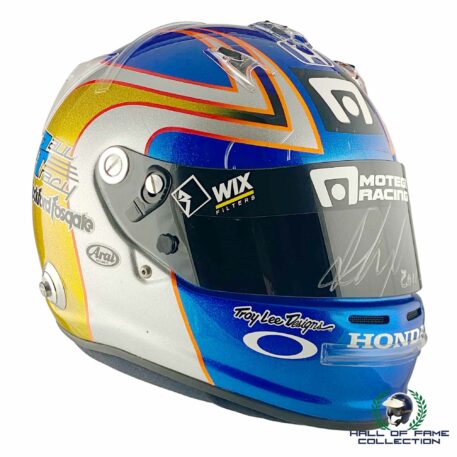 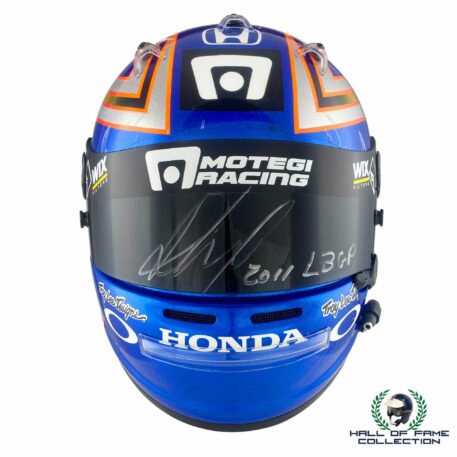 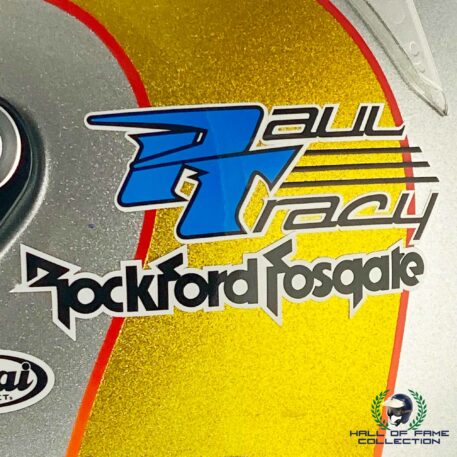 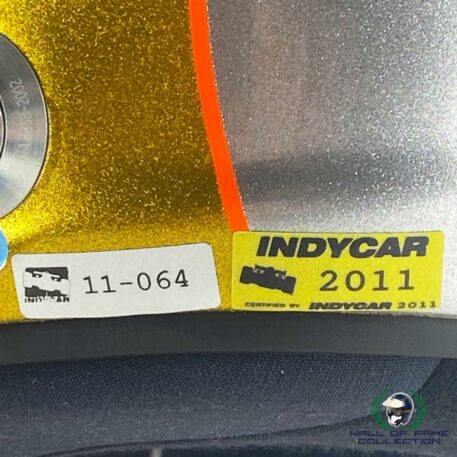 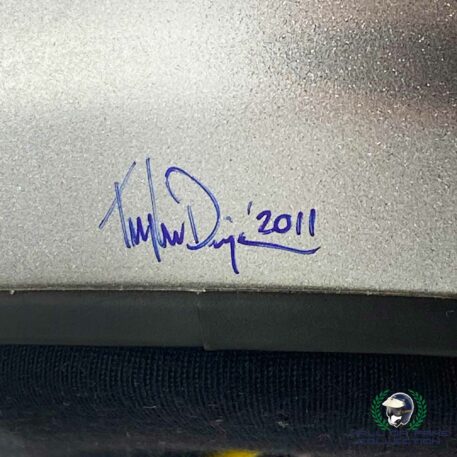 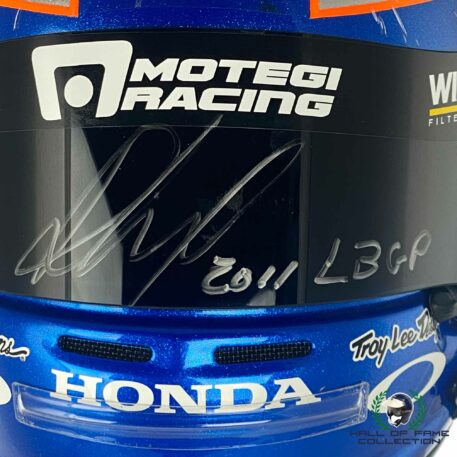 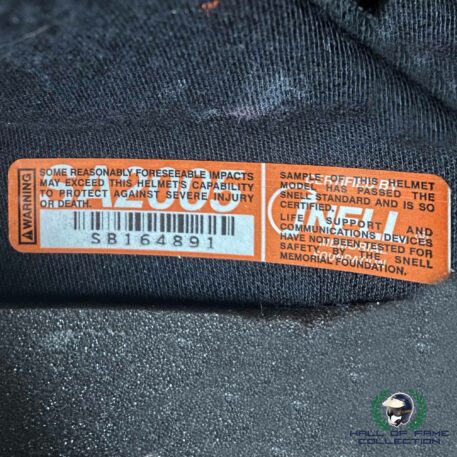 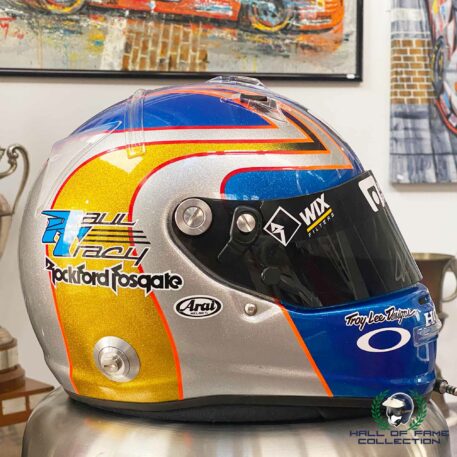 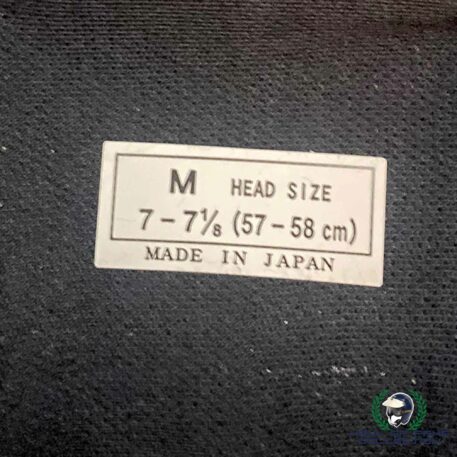 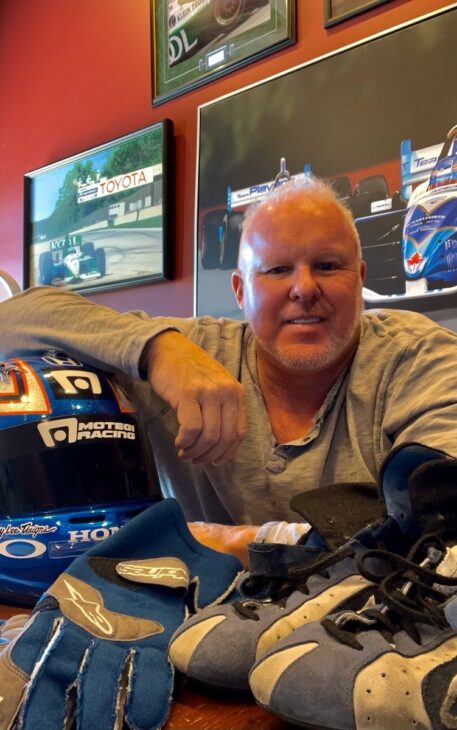 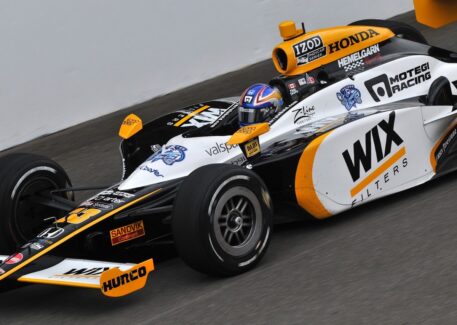 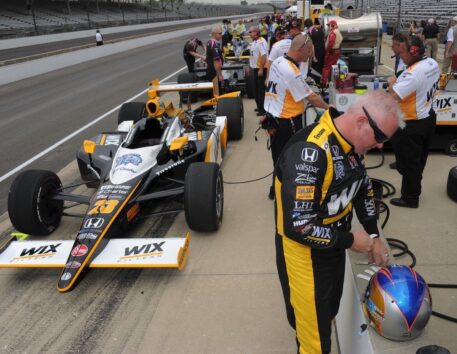 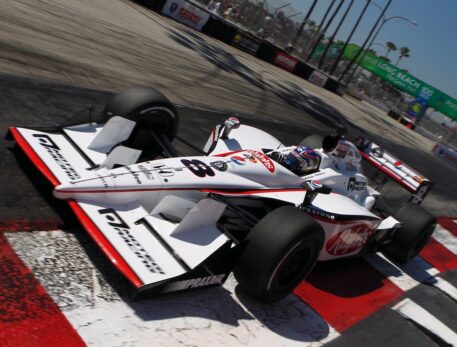 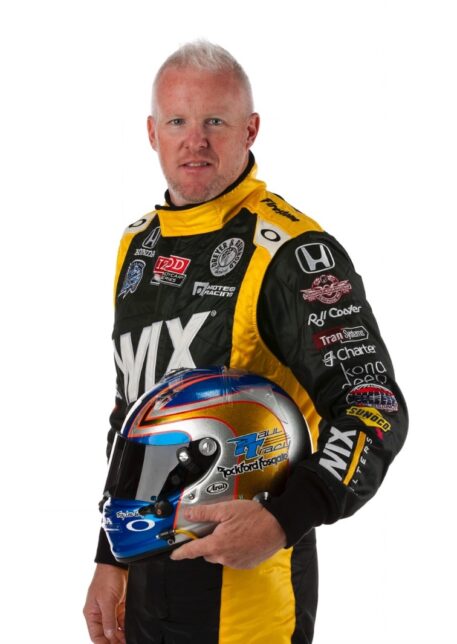 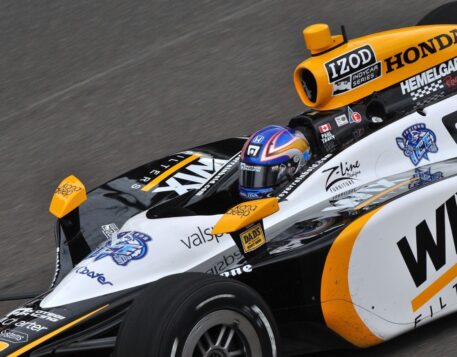 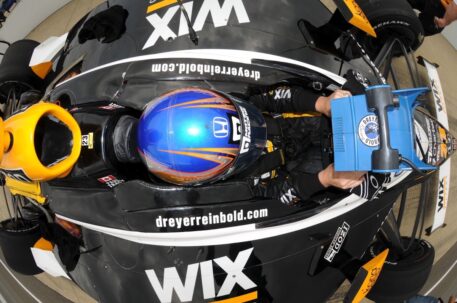 Tracy announced he would return to Dreyer & Reinbold Racing in the #23 WIX Filters car for the 2011 Indianapolis 500. Tracy would make six more starts with Jay Penske’s Dragon Racing in 2011, racing the #8 Make A Wish Foundation/ARMA Energy car at Long Beach, Texas, Toronto, and Edmonton. Tracy also raced for Dragon in the 2011 IZOD IndyCar World Championship in Las Vegas, where he was involved in the 15 car pileup on Lap 11 that resulted in the death of Dan Wheldon. Tracy announced he would retire from open-wheel racing following the accident. Tracy was the Champ Car World Series Champion in 2003.

The helmet is signed by Tracy and comes directly from his personal collection. Pictures of this helmet or a similar one can be seen at Indianapolis and Long Beach.