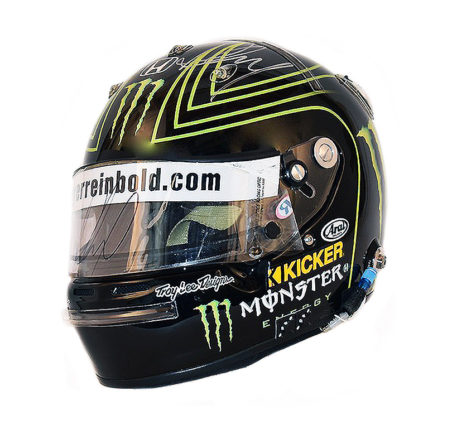 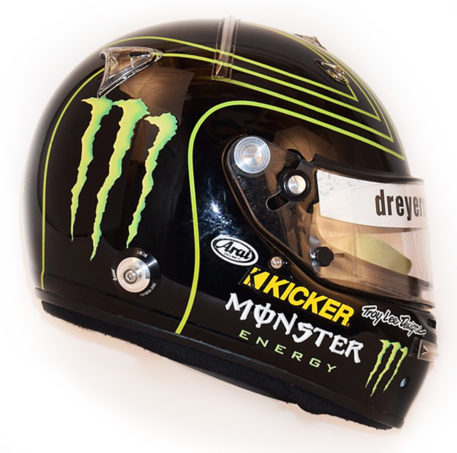 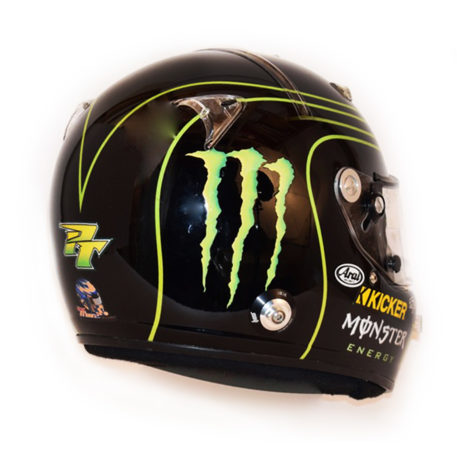 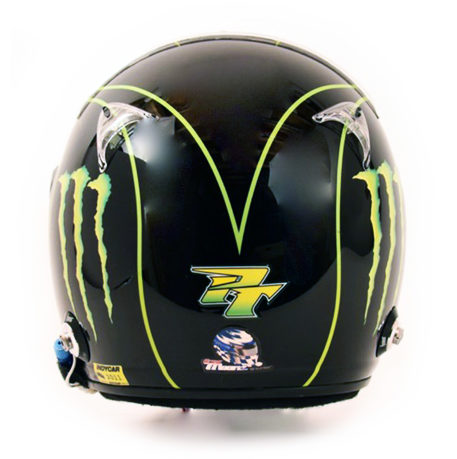 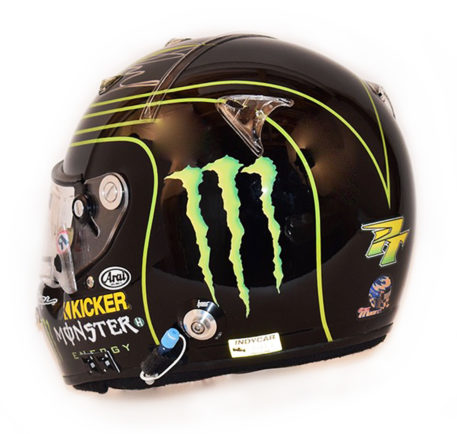 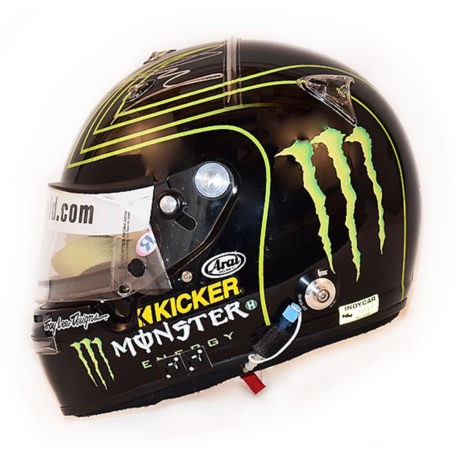 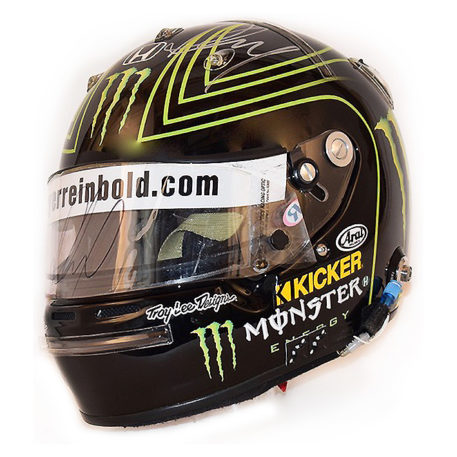 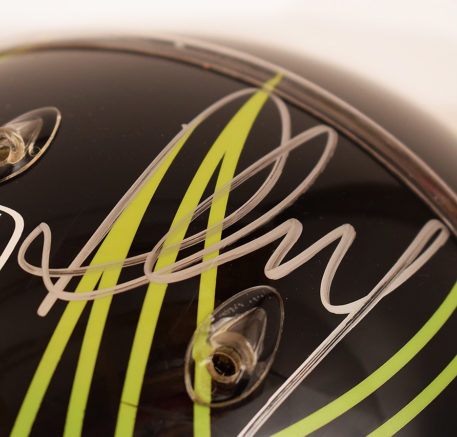 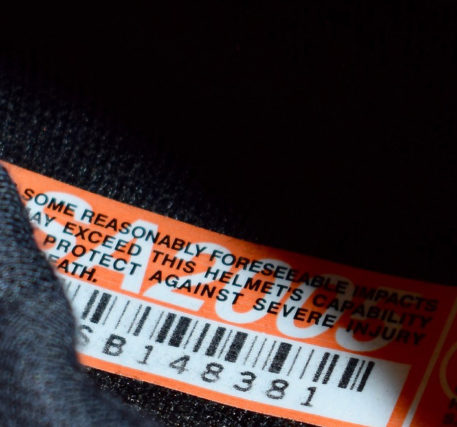 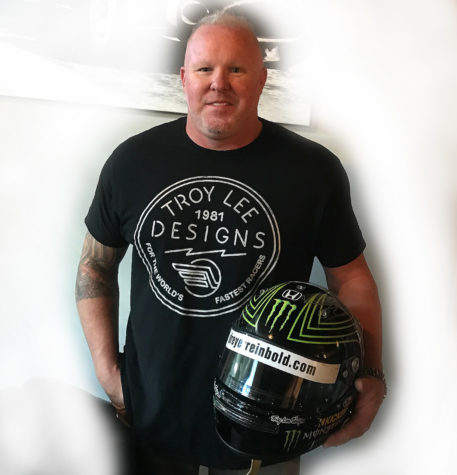 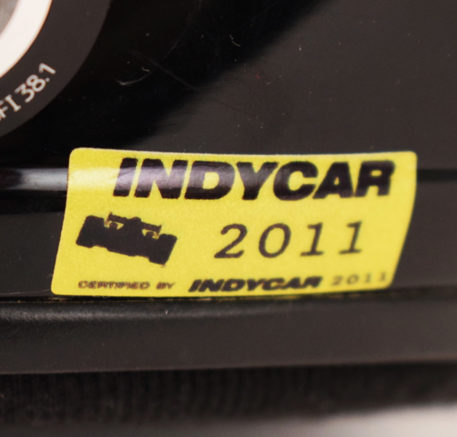 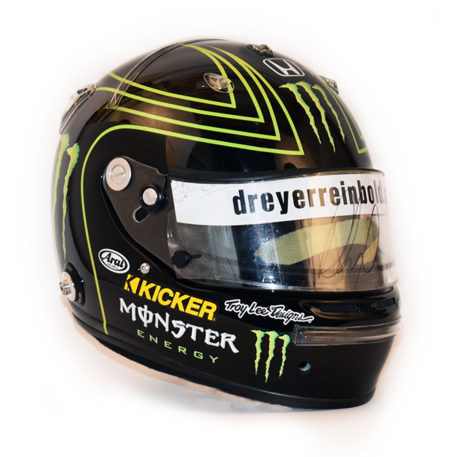 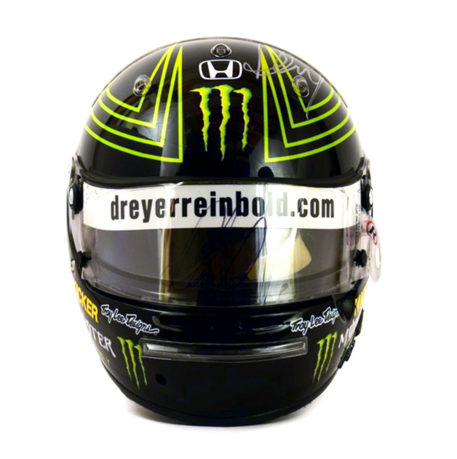 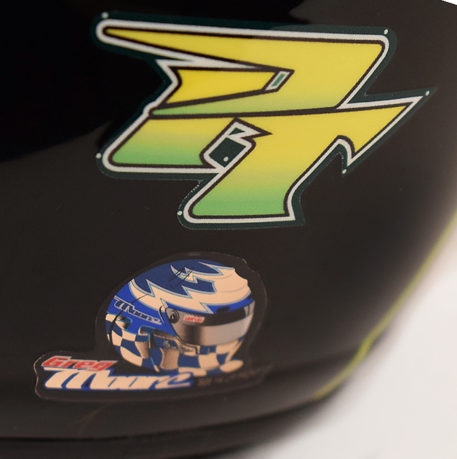 Original helmet from PaulTracy’s final season in Indycar racing. The Canadian is one of the best drivers in his era and recognized as one of the all time favorites in IndyCar.

He is tied for 10th with Dario Franchitti on the all time wins list with 31 victories, one more than Helio Castroneves who has 30. Many believe PT won the 2002 Indy 500 but Paul is remembered more so for his 2003 Championship, a season which he dominated with 7 victories for the Players Forsythe Team.

From 1991-2011 Paul Tracy was one of the most popular drivers and still today has a huge fan base.

Helmet comes signed with a full Certificate of Authenticity.