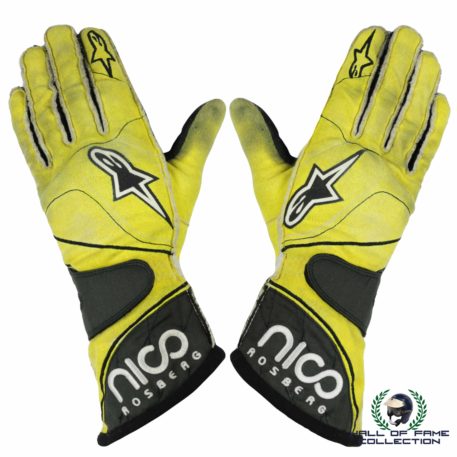 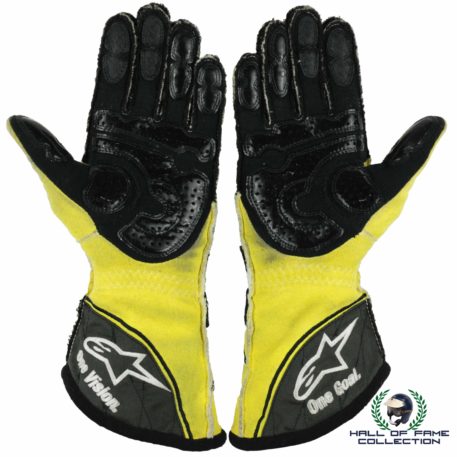 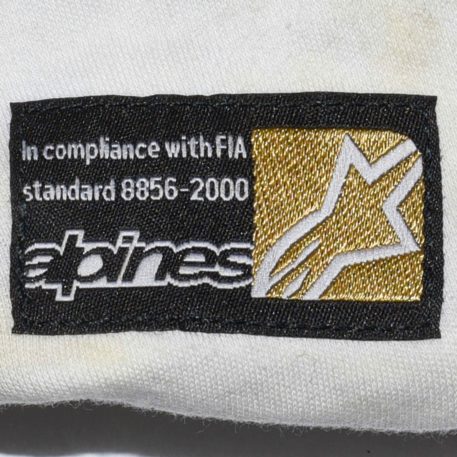 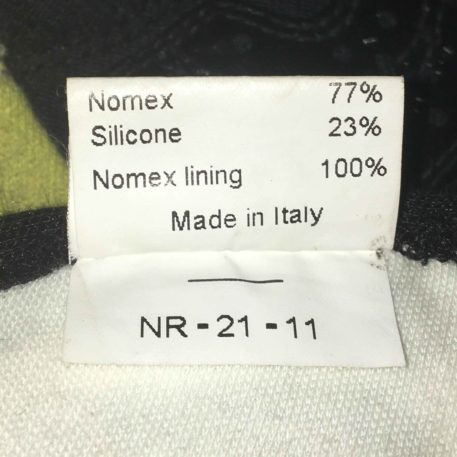 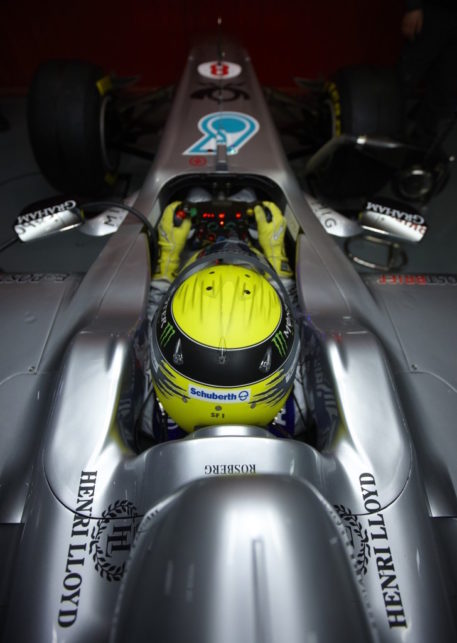 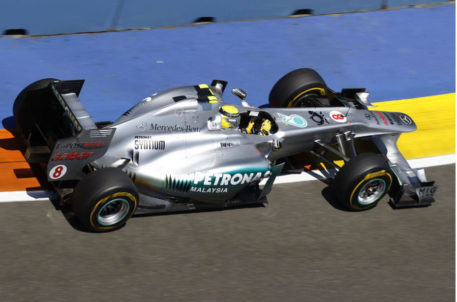 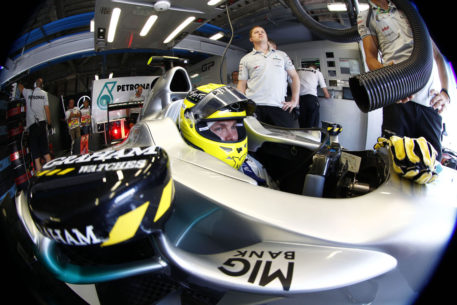 Pair of race-used Alpinestars gloves worn by Nico Rosberg during the 2011 Formula 1 season.

Rosberg was paired with Michael Schumacher for the newly formed Mercedes F1 Team in 2010, a season which did not disappoint as he scored 3 podiums on route to a 7th place finish in the Drivers’ Championship. Over the next two seasons Rosberg would pick up his first career win and the team’s first Grand Prix victory since 1955 with a win at the Chinese Grand Prix in 2012, and added two more wins in 2013 at the Monaco and British Grands Prix, respectively.

These gloves were race-worn by Rosberg, and what is unique and memorable about that era is the fact that Rosberg used matching yellow helmet and yellow gloves, while teammate Schumacher used red gloves and a red helmet.

Over the next few seasons the Mercedes team began to pick up more race wins with Rosberg and new team mate Lewis Hamilton. By 2014 the team was winning championships and in 2016 the German finally realized his dream and picked up his first World Championship in dramatic style clinching it at the final round in Abu Dhabi. Shortly afterwards Rosberg shocked the world again by announcing his retirement from F1 racing.

Don’t miss this rare opportunity to own a race-used pair of gloves from a World Champion.

The item comes with a Certificate Of Authenticity.