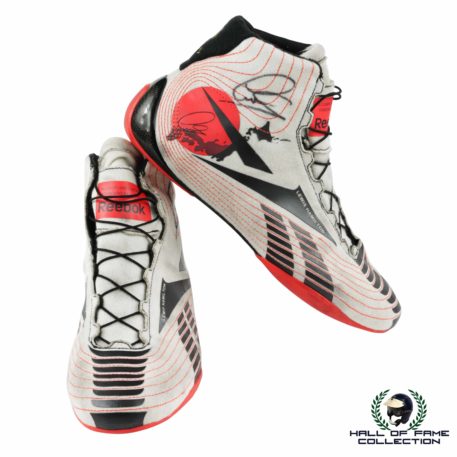 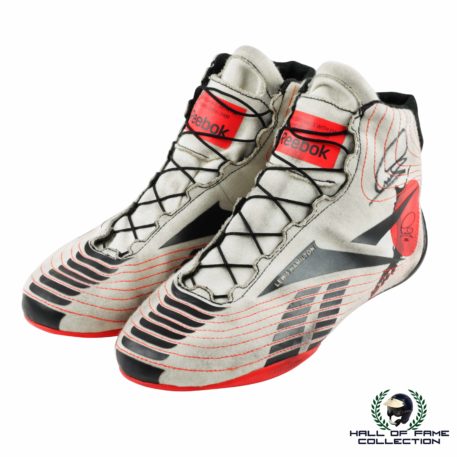 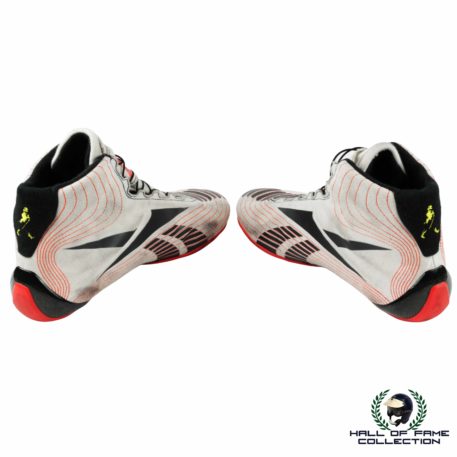 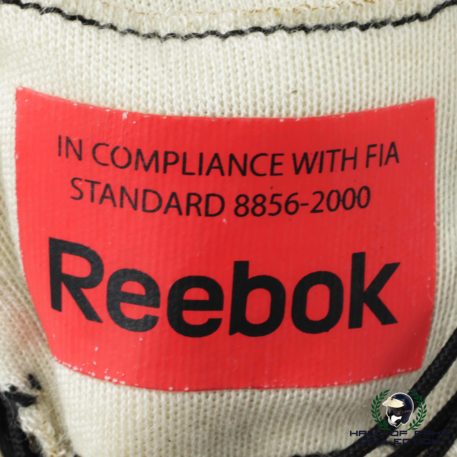 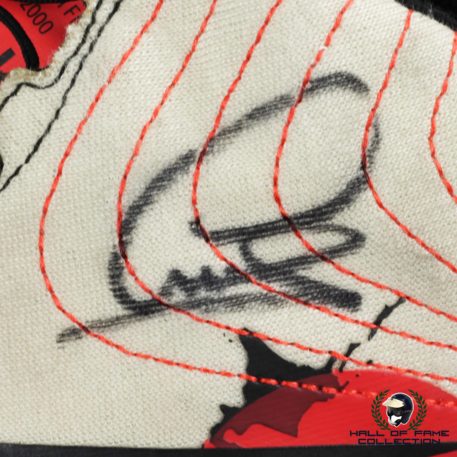 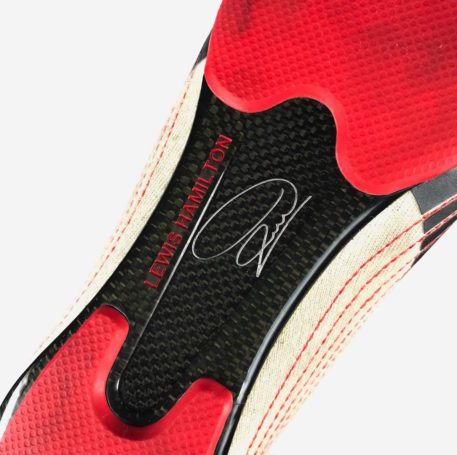 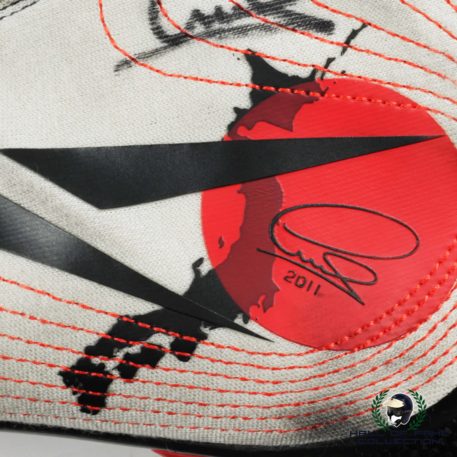 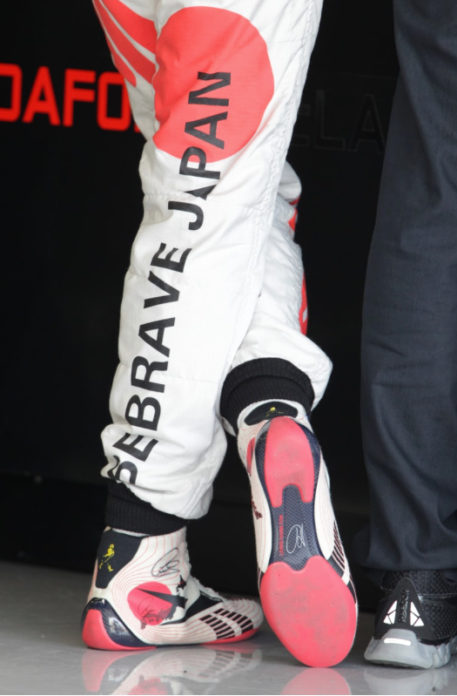 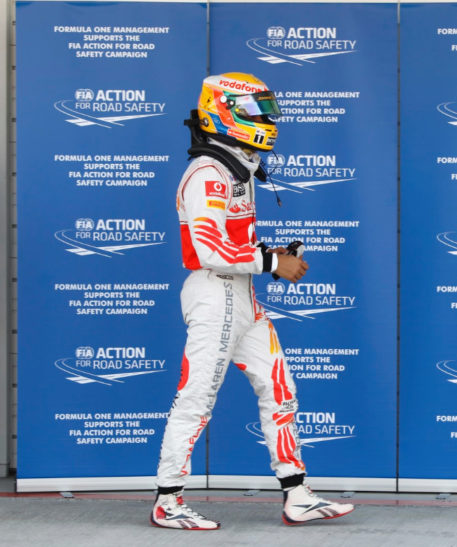 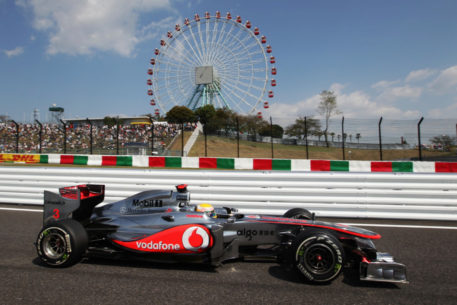 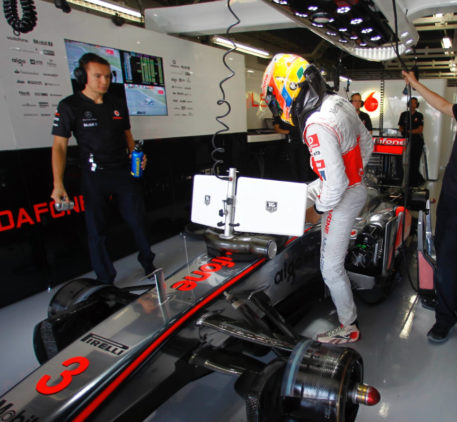 Race-worn Reebok boots used by Lewis Hamilton during the 2011 Japan GP while driving for Vodafone McLaren Mercedes. These custom boots were specifically made for Hamilton to use during the Japanese Grand Prix, the design features the Japanese “Rising Sun” on the heels with the Japanese islands imposed over the sun design. The rest of the mainly white boots have striking red/black details, including carbon fibre heal and sole. A unique mistake wasn’t caught in design before the boot were made, Hamilton’s signature print on the sole is inverted. Hamilton would score a 5th place finish in the race. By the end of the 2011 F1 season he had notched 6 podium finishes including 3 wins (China, Germany and Abu Dhabi) placing him 5th overall in the Drivers’ Championship.

Hamilton currently competes in Formula One for Mercedes, having previously driven for McLaren from 2007 to 2012. Hamilton has won a joint-record seven World Drivers’ Championship titles (tied with Michael Schumacher), and holds the records, to date, for the most wins (99), pole positions (100), and podium finishes (172), amongst others.

Hamilton has signed both boots in black marker pen just above the Rising Sun design.