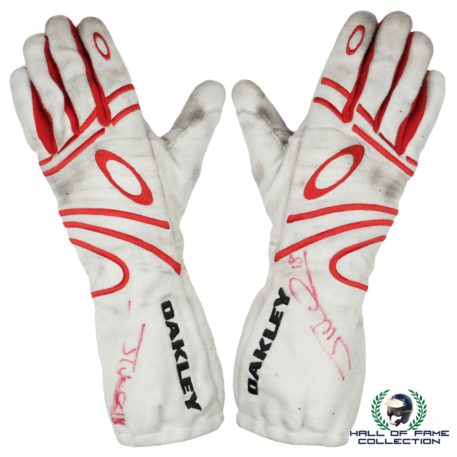 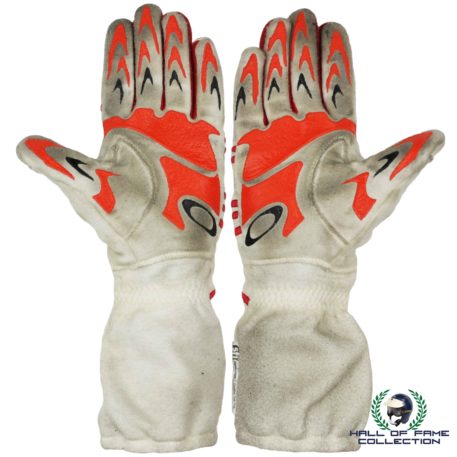 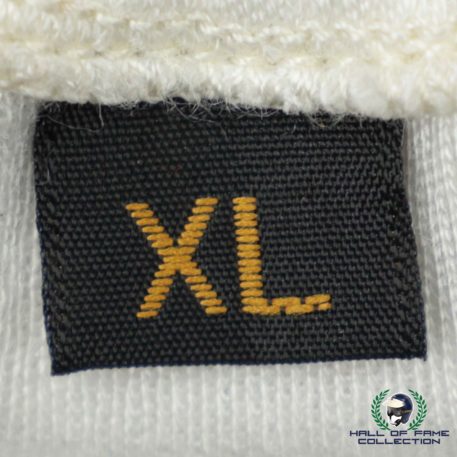 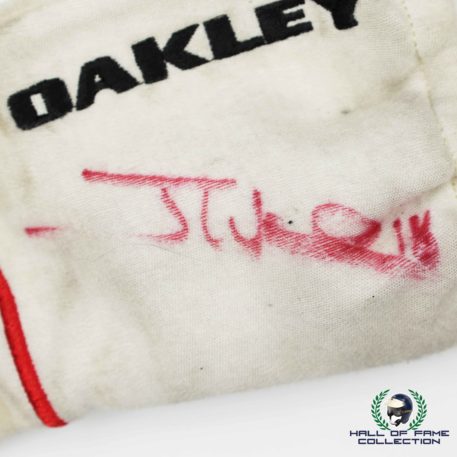 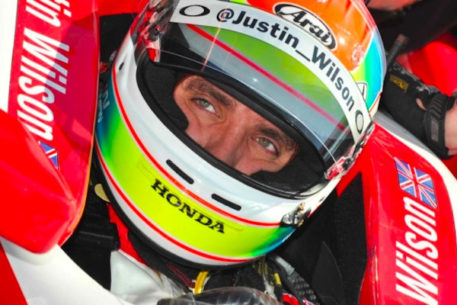 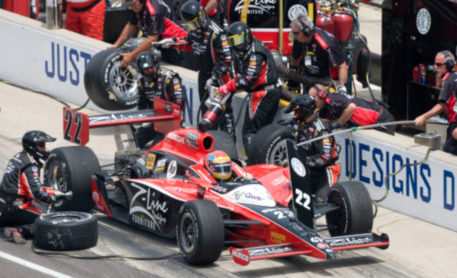 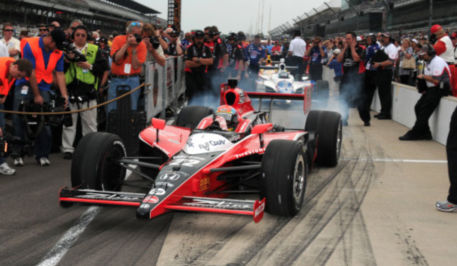 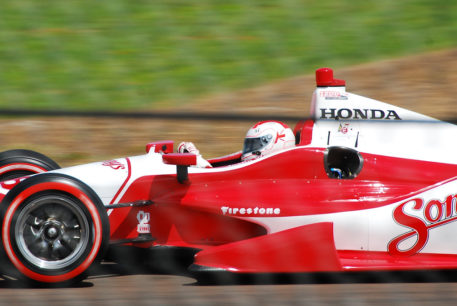 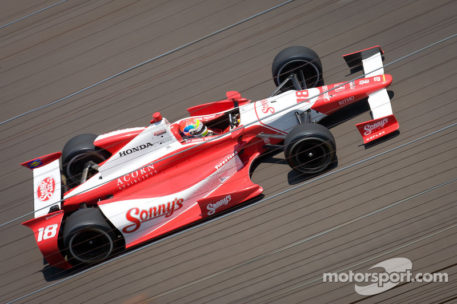 Race-used Oakley gloves worn by the late Justin Wilson during the 2011 and 2012 IndyCar seasons. These gloves were specifically used by Wilson in the 2011 Indy 500 while driving for Dreyer & Reinbold Racing.

Justin Wilson was a British professional open-wheel racing driver who competed in Formula One in 2003, the Champ Car World Series from 2004 to 2007 and the IndyCar Series from 2008 to 2015. He won the first Formula Palmer Audi in 1998, the International Formula 3000 Championship with Nordic Racing in 2001, and co-won the 2012 24 Hours of Daytona for Michael Shank Racing. Wilson drove Dreyer & Reinbold Racing’s No. 22 car in the 2010 & 2011 seasons. Wilson, who was one of the most well-liked racers of his day, mentored his teammate Mike Conway on oval track racing and advised DRR on road courses. Wilson sustained a minor fracture in his left wrist in an accident with Alex Tagliani at the season-opening 2011 Grand Prix of St. Petersburg and wore a carbon fibre brace. He started the 2011 Indianapolis 500 from 19th position and due to handling and balance difficulties, Wilson finished in 16th. His best finish of 2011 was a fifth place at the Edmonton Indy. During practice for the Honda Indy 200 an accident left him with a fractured vertebrae in his back. Wilson was ruled unfit to race for three months and for the rest of the season was replaced by the likes of Simon Pagenaud, Tomas Scheckter, Giorgio Pantano and Townsend Bell.

Nicknamed “Bad Ass” by his driving instructor colleagues at PalmerSport in 1999, for being “as fearsome a competitor you could ever find”, Wilson was friendly, shy, endearing, soft-spoken and highly analytical. His technical shrewdness provided teams with extensive performance alterations to improve a race car. According to Racer‘s Mark Glendenning this made Wilson a driver who “commanded universal respect” from fellow competitors.

The off-white gloves are accented in red with orange gripper rubber on the palms. The gloves show extensive race wear as they were used well into the 2012 IndyCar season. Both gloves are signed in red marker pen by Justin.