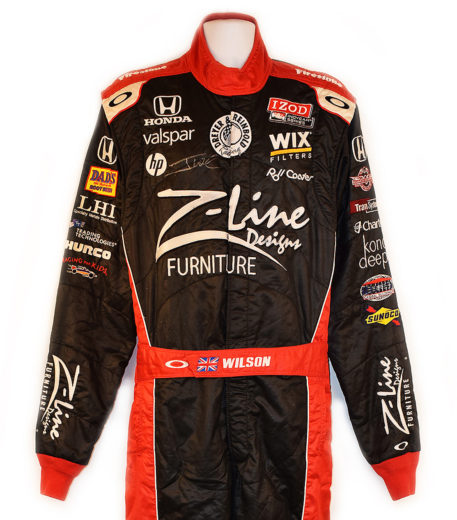 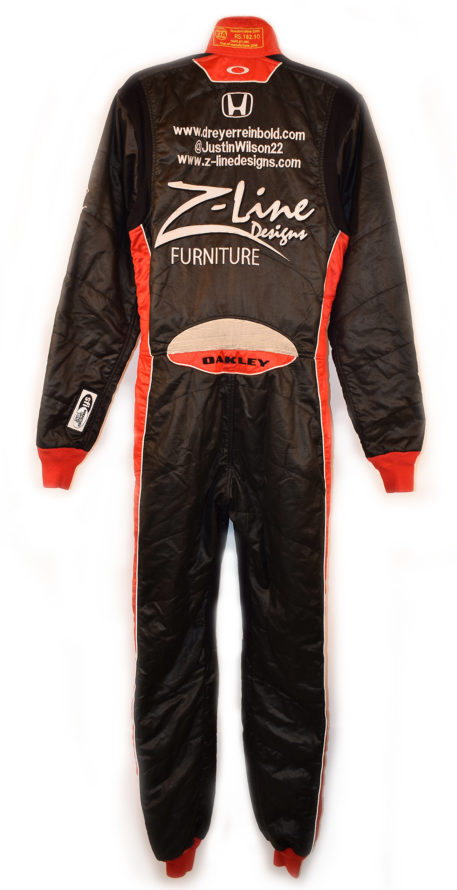 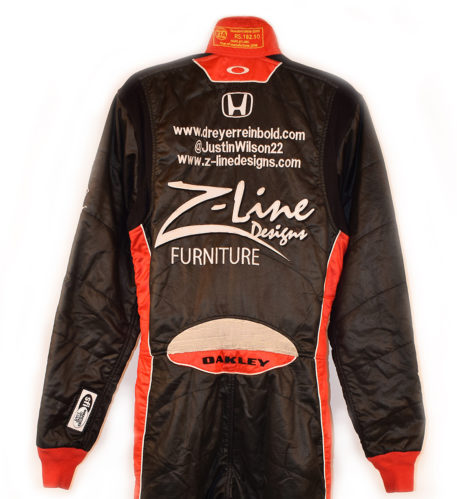 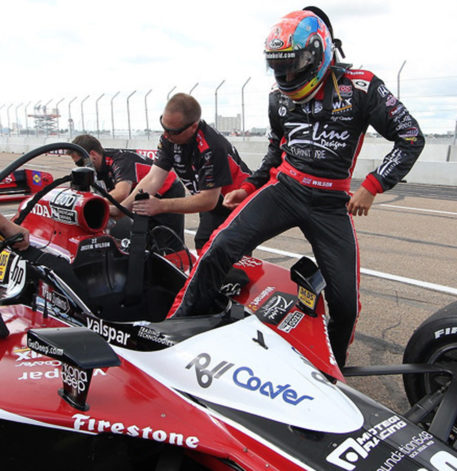 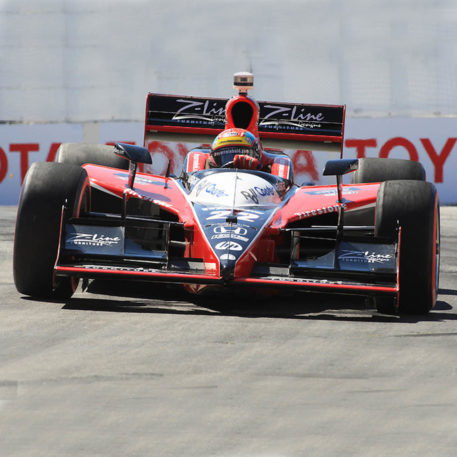 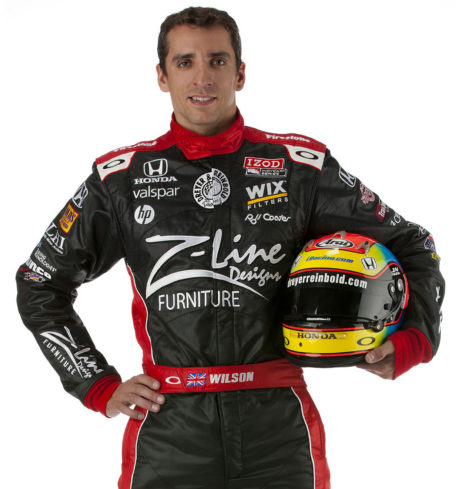 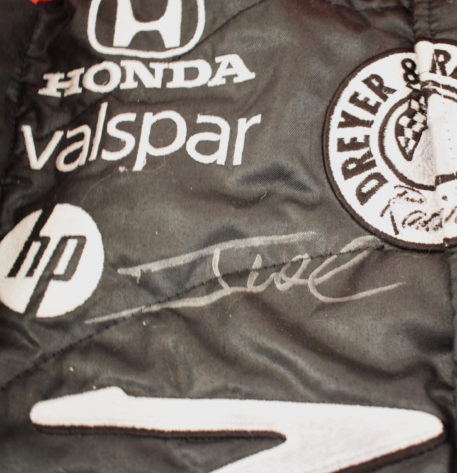 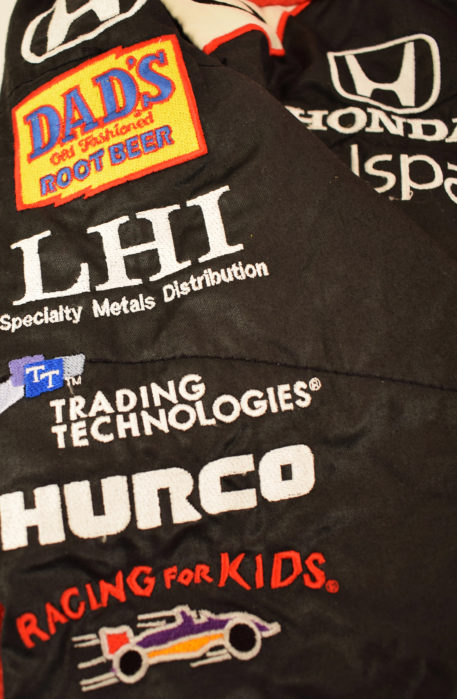 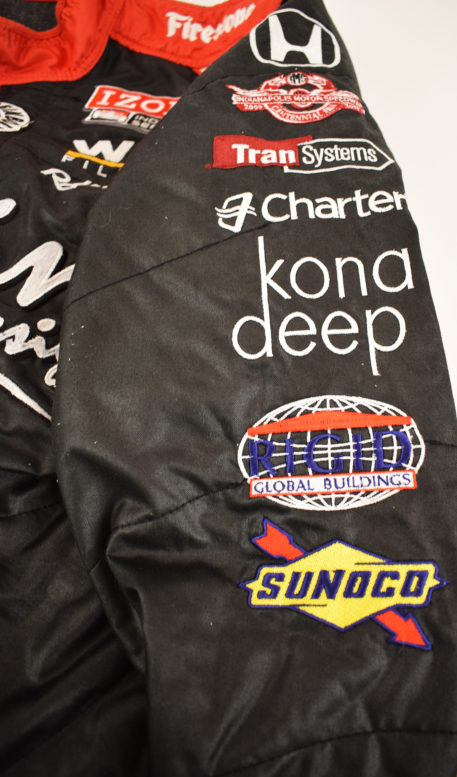 One of the nicest men in motorsport wore this suit during the 2011 IndyCar season while driving for Dreyer & Reinbold Racing team. The team were having a difficult season, but had just captured a season best finish of fifth at?Edmonton?when Wilson injured his back in the practicing? for the following race at?Mid-Ohio. His car was launched into the air then bottomed out after running off the track. Unfortunately this injury ruled Wilson out of the rest of the season.

This Oakley black and red suit has the Z-Line Designs as major sponsor emblazoned on the front, back and both arms. It has many other sponsor/supplier brands also embroidered onto the suit.

The suit is has also been personally signed by Justin Wilson and comes with a full Certificate of Authenticity.