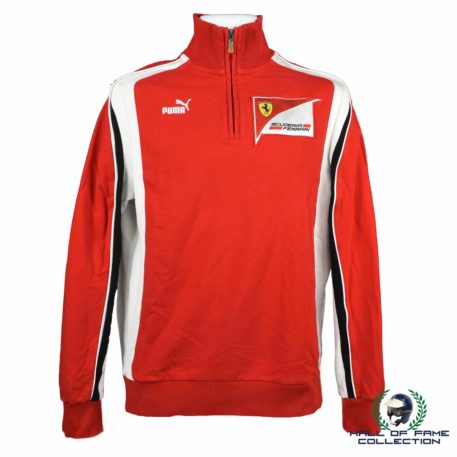 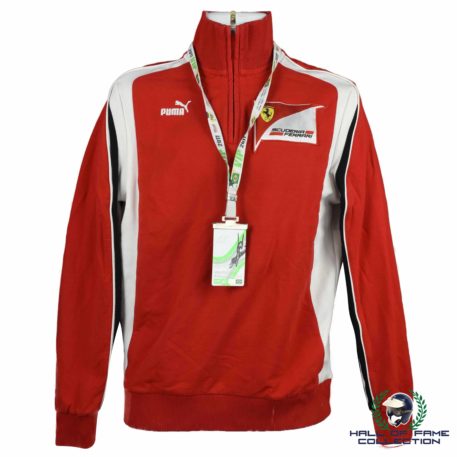 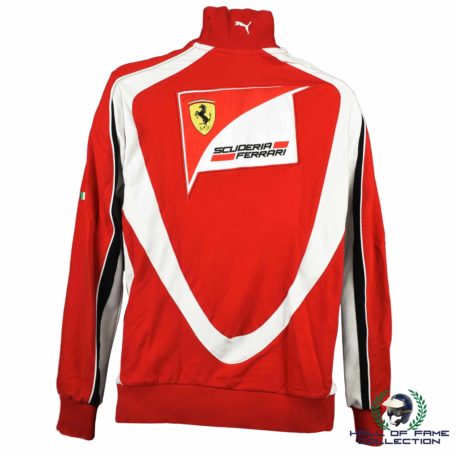 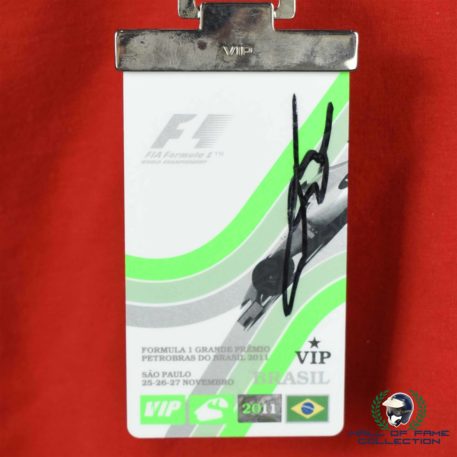 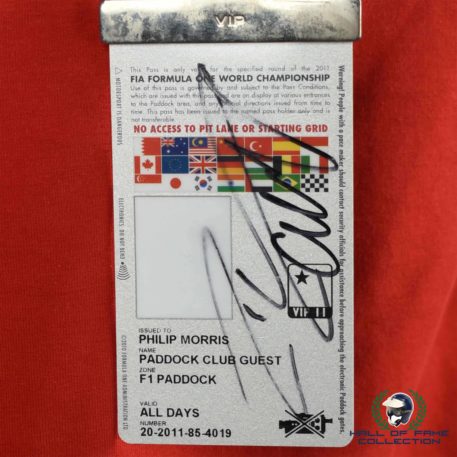 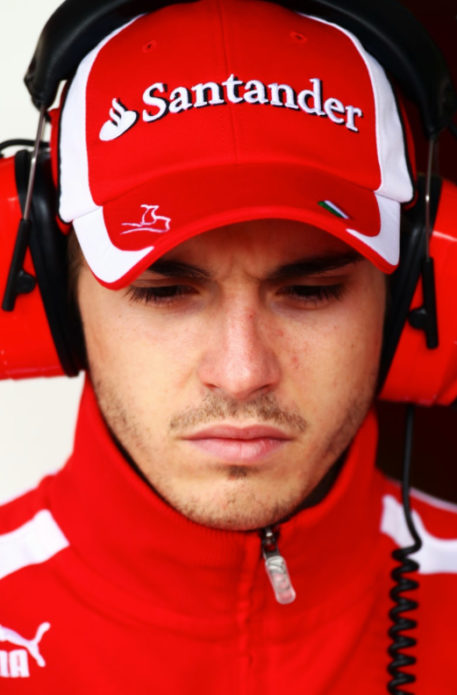 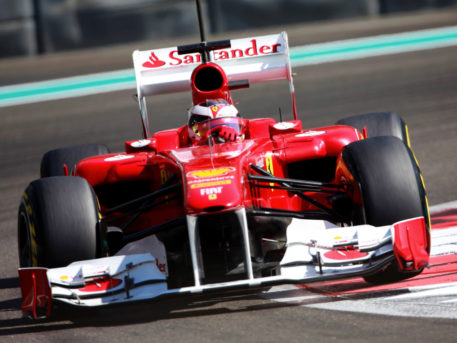 This incredibly rare Scuderia Ferrari driver-issued sweater was worn by the late Jules Bianchi. The French driver was part of the Scuderia Ferrari team before moving to the Marussia F1 team where he raced from 2013 t0 2014.

Bianchi gave the sweater to a Philip Morris executive in Brazil in 2011 to help him keep warm with the cooler evening temperatures. The executive then had his Formula 1 VIP Pass signed by both Jules Bianchi and Felipe Massa. Note that sweater is a size small and was originally made for Felipe Massa and was used by Bianchi (because they were the same size) when he was active in his role as the 2011 Ferrari reserve and test driver.

The sweater and signed pass come with both a Letter of Authenticity, signed by the Philip Morris executive, and a Certificate Of Authenticity from Racing Hall Of Fame Collection.