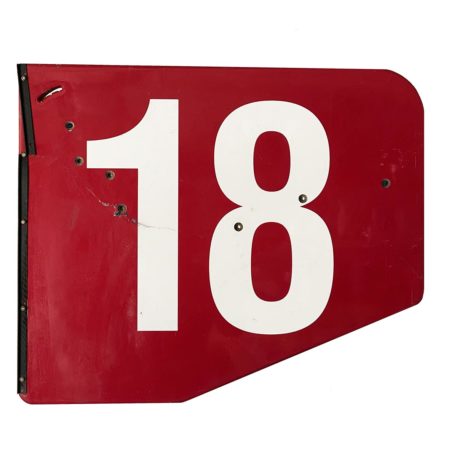 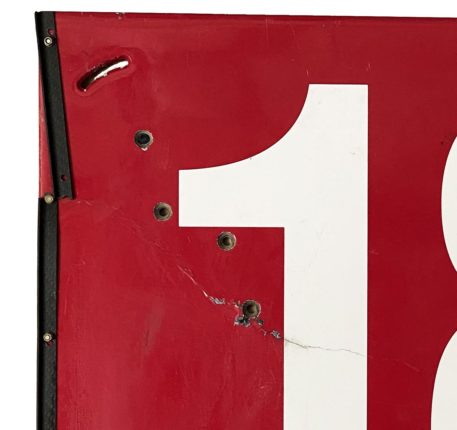 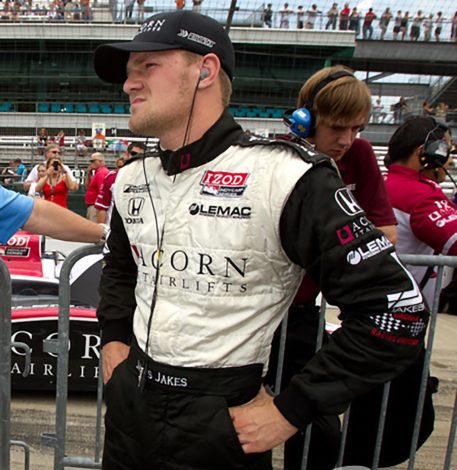 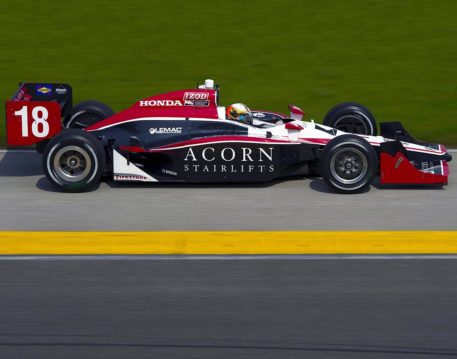 Rear wing endplate from the Dallara IR-05 of English driver James Jakes. It was used during the 2011 IndyCar Series where Jakes drove for the Dale Coyne Racing team. This very lightweight carbon fiber piece has Jakes white race #18 on a red background. It shows race used damage in the form of a crack running through one of the screw securing holes on the damaged aero wicker attached to its back edge. 2011 would be the final season the Dallara IR-05 chassis was used, so this piece would make a great addition to any collection as a memento of the cars that were extensively employed in the IndyCar series for five years (2007-2011).

The wing endplate comes with a full Certificate Of Authenticity.