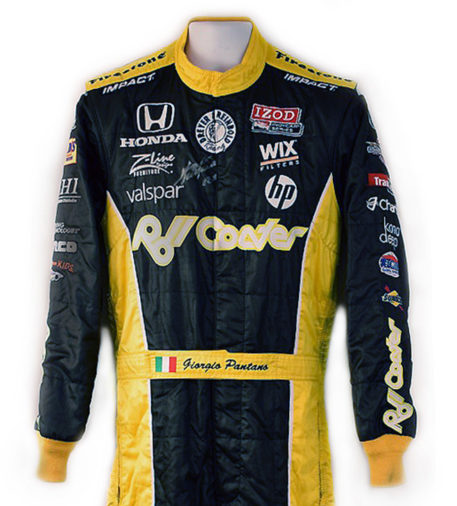 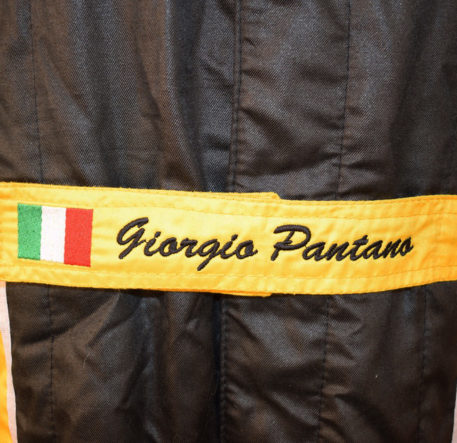 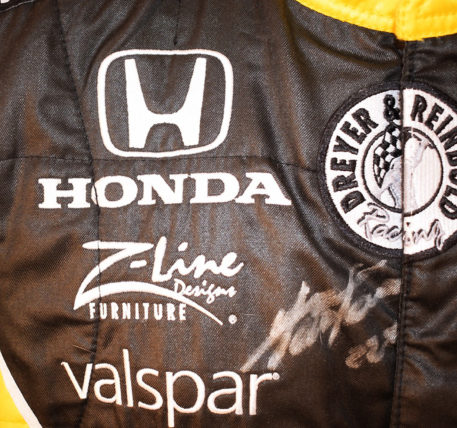 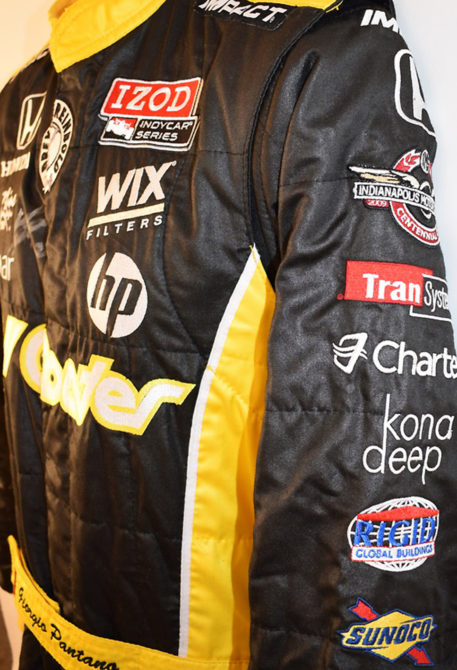 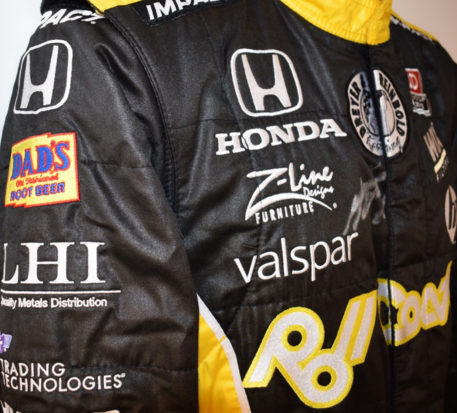 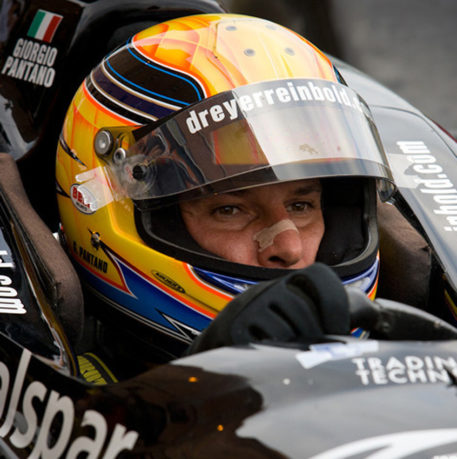 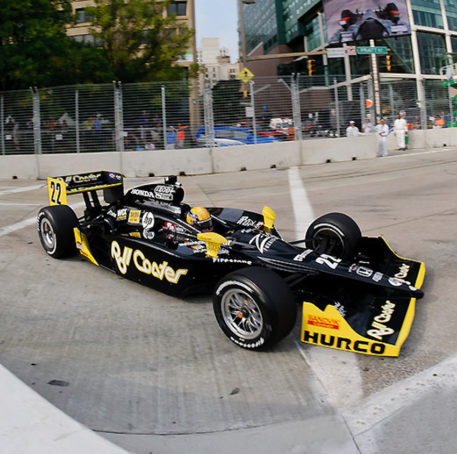 Former GP2 Champion and a Formula 1 driver, used this suit during the 2011 Indycar Series while driving in the Baltimore Grand Prix. One of three races Pantano drove for the Dreyer & Reinbold Racing Team that season.

A very sharp looking black Impact suit, with bright yellow side stripes and team sponsor machine manufactures Roll Coater logo predominantly on both front and back of the suit. Pantano only did the one race with the suit in this livery making it very rare.

Suit is also personally signed by Giorgio Pantano and comes with a full Certificate of Authenticity.