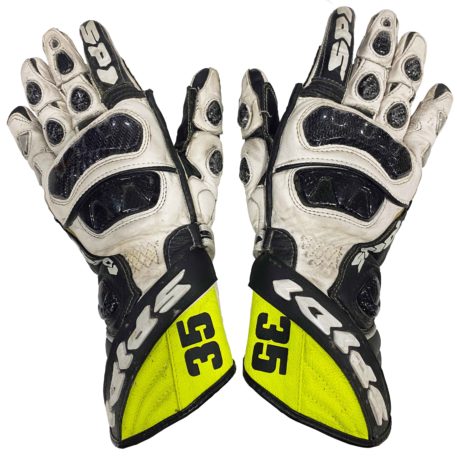 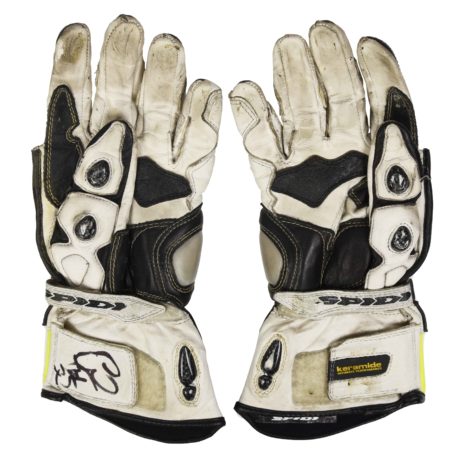 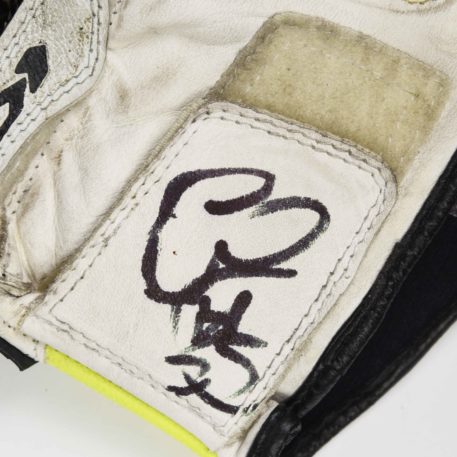 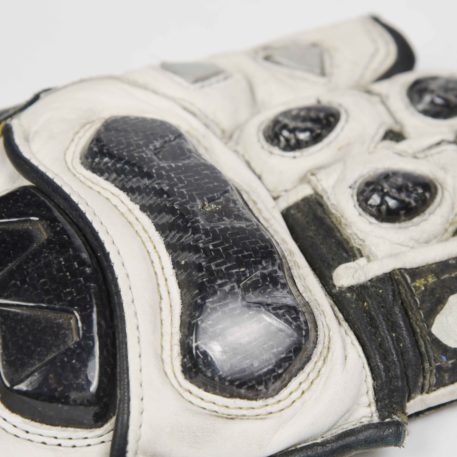 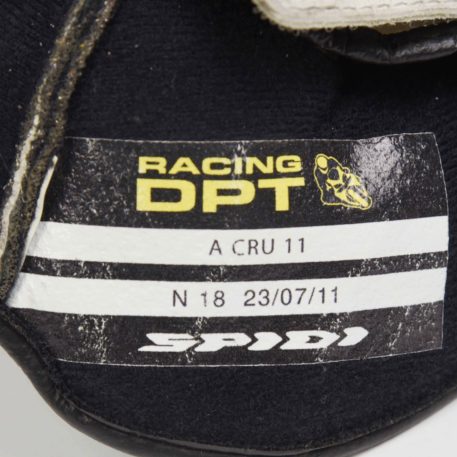 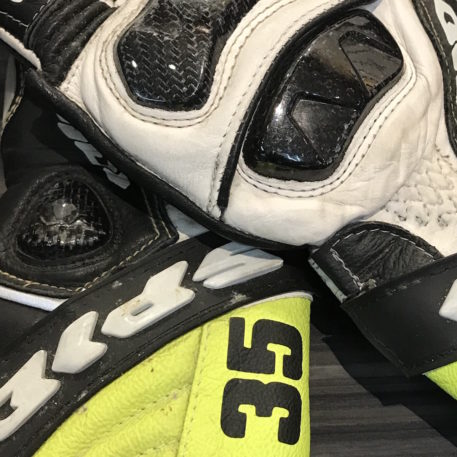 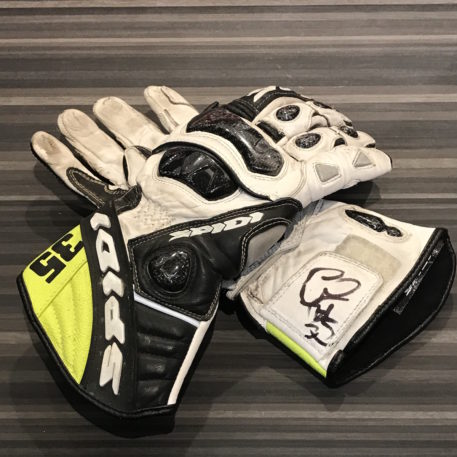 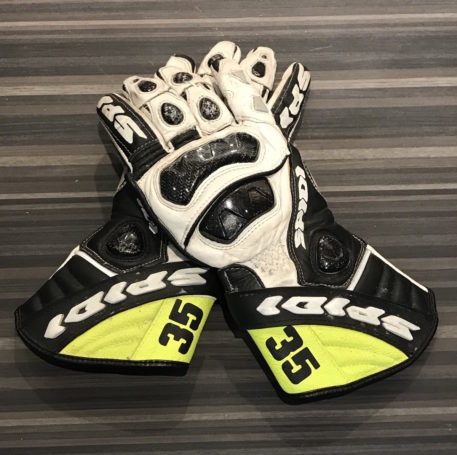 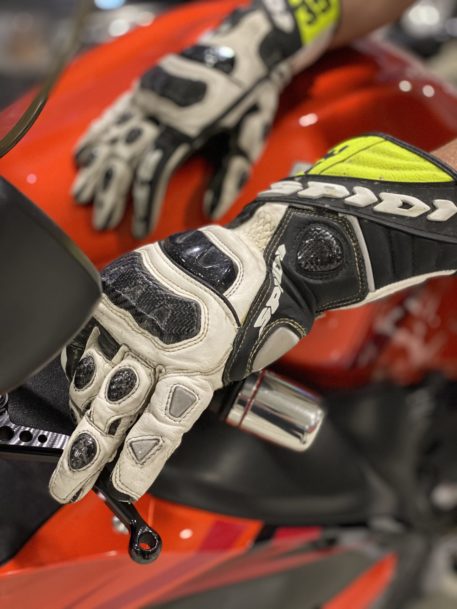 This is an opportunity to own a rare piece of memorabilia from Cal Crutchlow’s Rookie-of-the-Year season in MotoGP, a season highlighted by a fourth-place finish in the season-ending race at Valencia.

These gloves are personally signed by the Englishman who would go on to a long and distinguished MotoGP career, which will continue in 2021 while replacing Jorge Lorenzo as a Yamaha test rider. These gloves were worn during Crutchlow’s first of three seasons with Yamaha Tech 3. These gloves were worn in the second half of the season where he had his season’s best finish of a 4th place in Valencia.

Crutchlow went on to win three MotoGP races, all with Honda. The first two came in 2016, with the third in 2018. His career includes four poles.