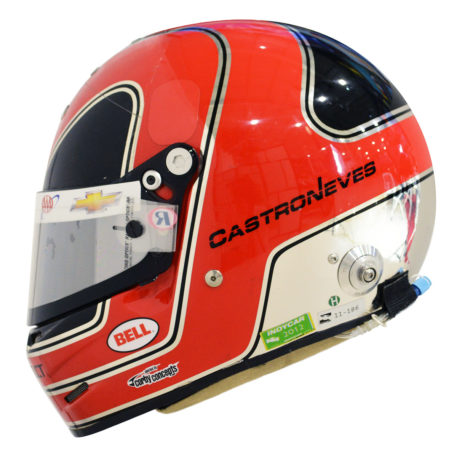 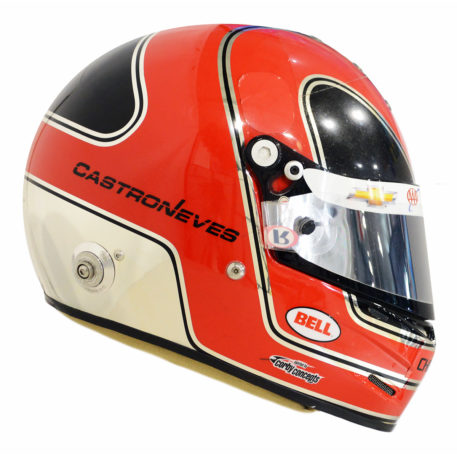 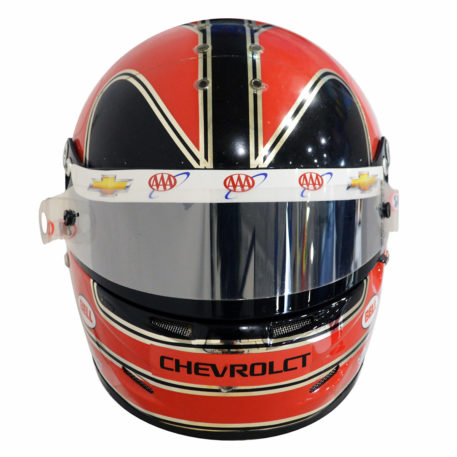 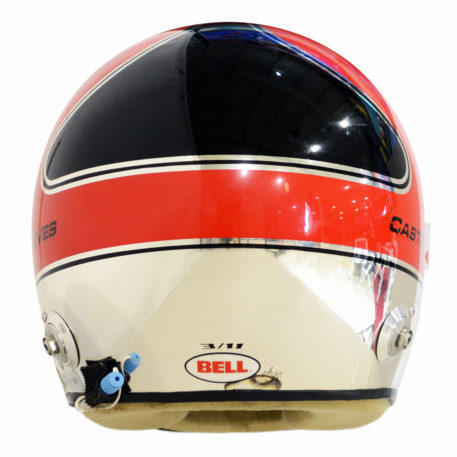 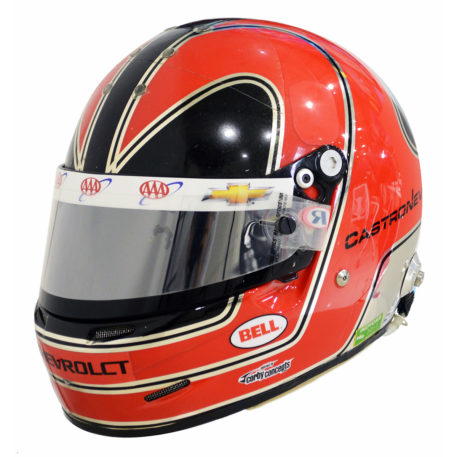 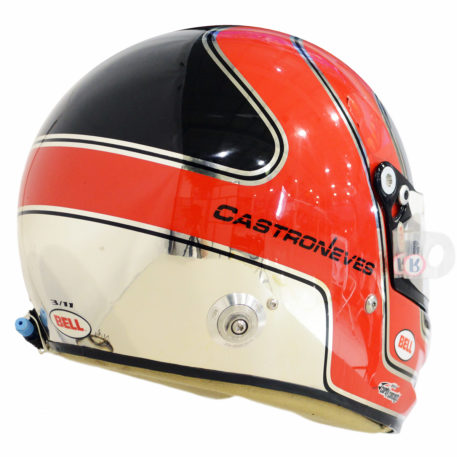 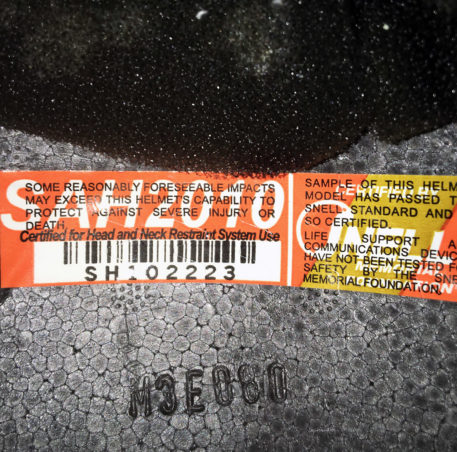 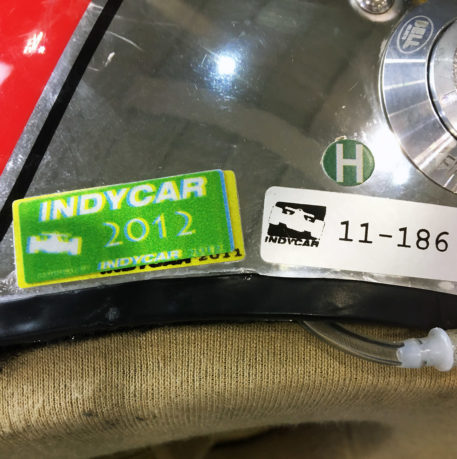 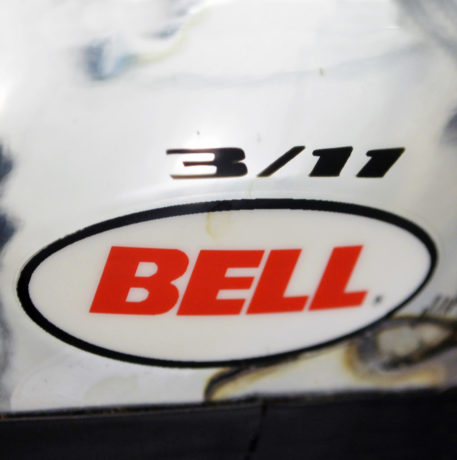 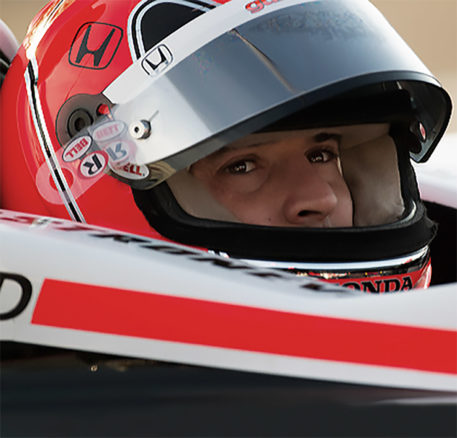 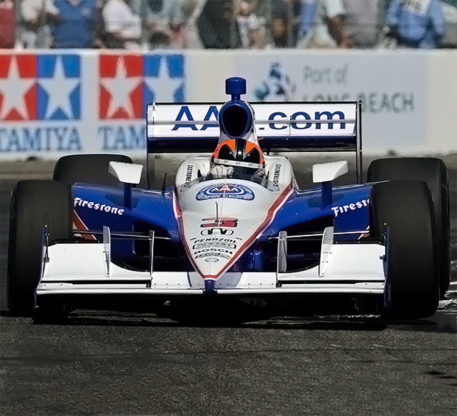 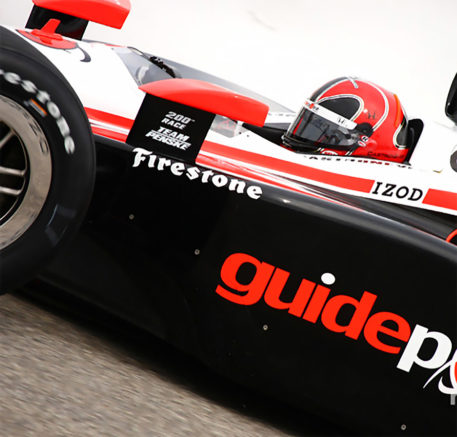 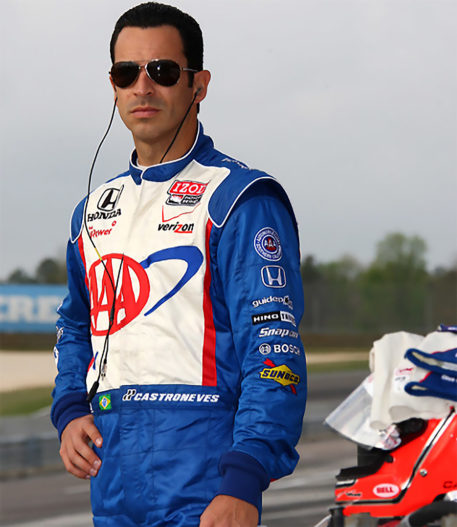 Helmet worn by the popular Brazilian IndyCar driver Hélio Castroneves. It was used during the 2011 season where three-time Indy 500 winner Castroneves drove for Team Penske. The helmet has been matched to one used during many events including Japan, Brazil, Milwaukee, and the Long Beach Grand Prix and it was used again for pre-season testing in 2012 at Sebring. For these test sessions the helmet had all its Honda branding logos covered with matching red patch decals due to the fact that Team Penske was to use Chevrolet engines for the upcoming season.

The helmet has Castroneves’s signature design painted by Corby Concepts featuring a red base color with overlaying black sections edged with chrome and black pinstripes. One is above the helmet eye-port and the other on the top third of the back. These are connected by a stripe that runs across the top of the helmet. The back bottom third has a chrome section within which is the helmet I.D. number 3/11 and Bell oval decal. This chrome section runs around to both sides where Castroneves’s name can be seen just above in black. There is a further chrome and black pinstripe line the runs around the chin and up both sides, to curve and join the stripe on the top. The helmet bears the aforementioned patch decals and Chevrolet lettering decal across the chin which were applied to cover the previous Honda branding decal. The visor has a Triple-A/Chevy sun strip and the tear-off strips are still attached. It comes as last used at the Sebring test sessions with both IndyCar 2011/12 tech stickers still in place and its Hats-Off system still installed.

This is a great chance to acquire this fantastic race-used helmet worn by the larger than life IndyCar star.