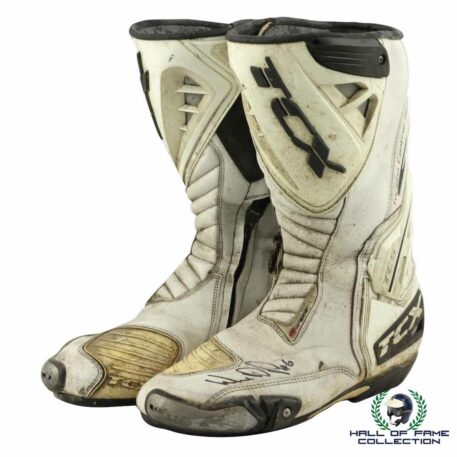 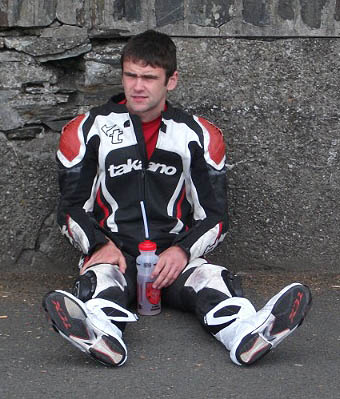 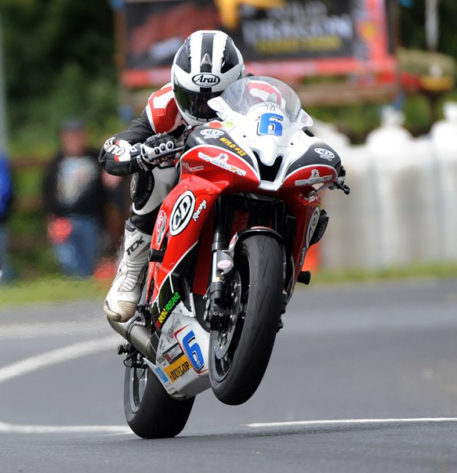 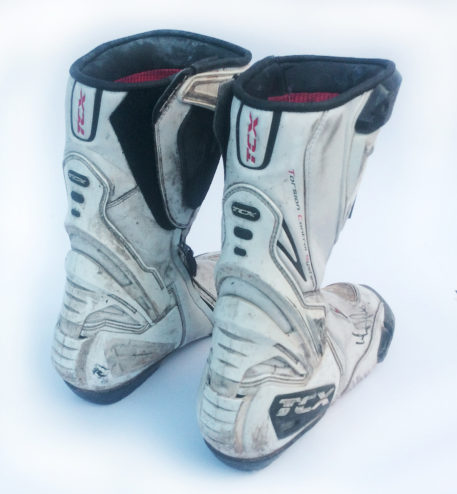 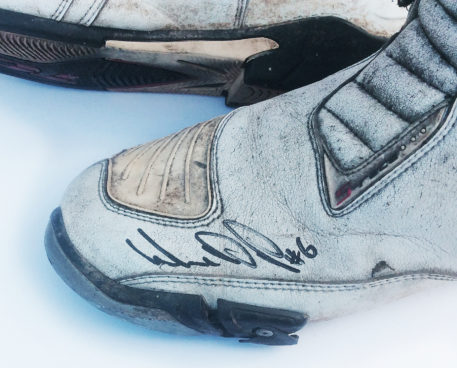 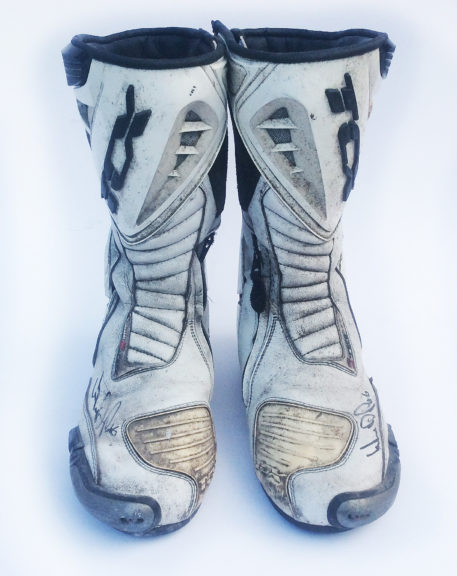 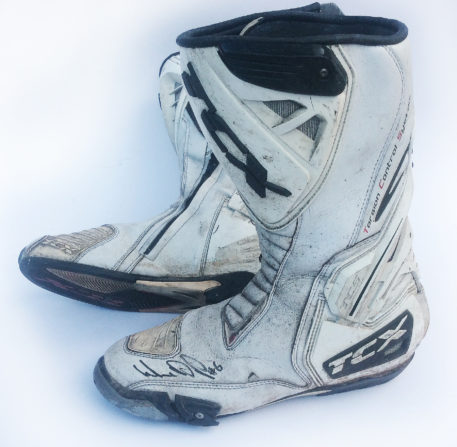 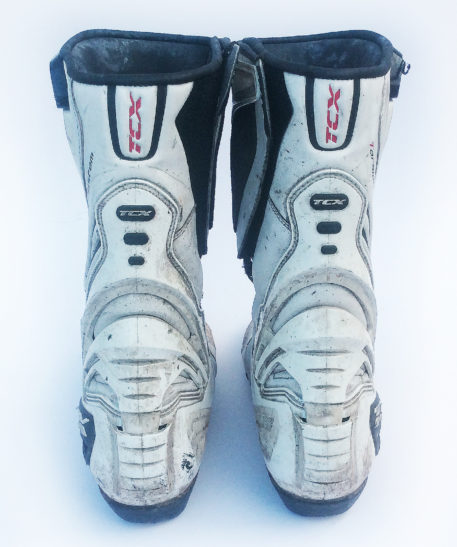 Pair of race used boots worn by Northern Irish TT rider William Dunlop. William was a member of the famous Dunlop motorcycle racing family. He was the son of the late legend Robert, nephew to the late, all-time great Joey and brother to fellow competitor Michael.

William Dunlop competed at the Isle of Man TT race for 10 years in many different classes and was on the podium a total of 6 times. He also earned two wins at the North West 200 and competed in the 250 cc Class in Grand Prix Racing. William tragically became the 3rd family member to lose his life while racing in 2018.

This great pair of well-worn TCX racing boots are both personally signed by Dunlop. This is a very rare opportunity to own a race-worn item from the legendary bike racer William Dunlop.