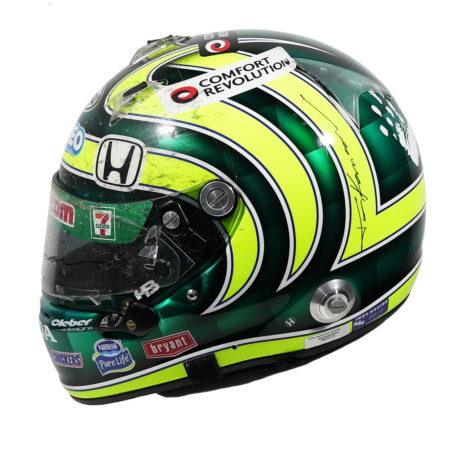 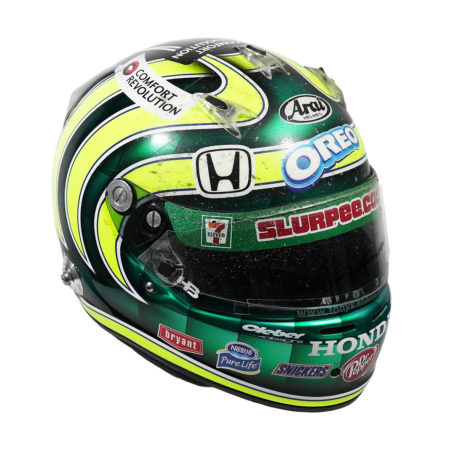 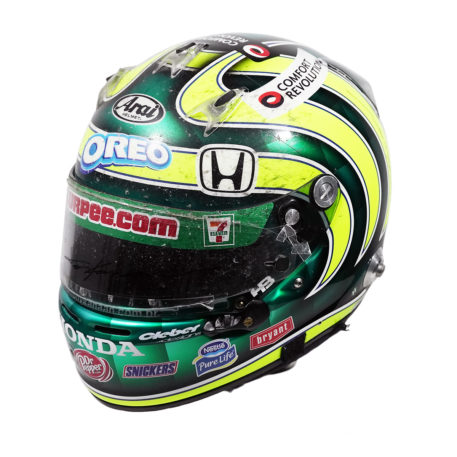 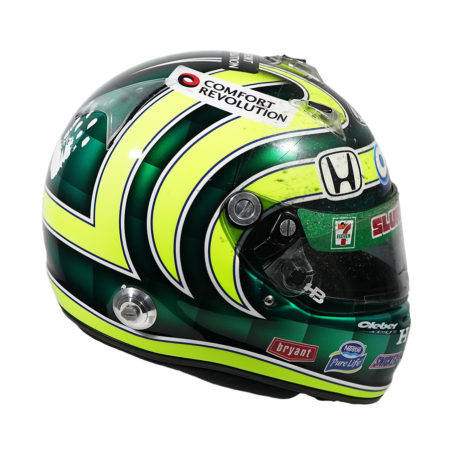 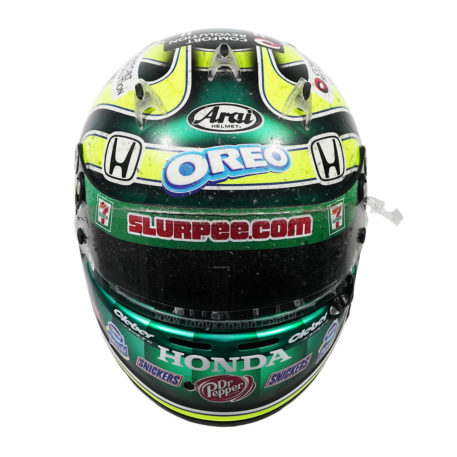 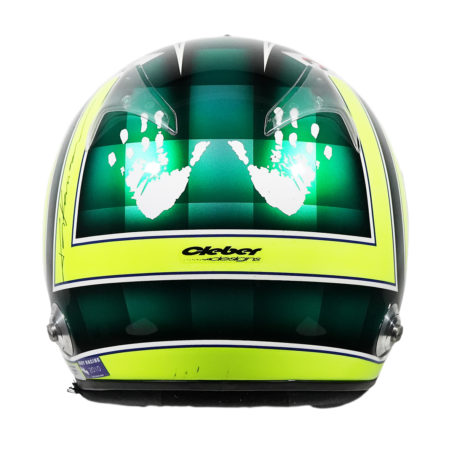 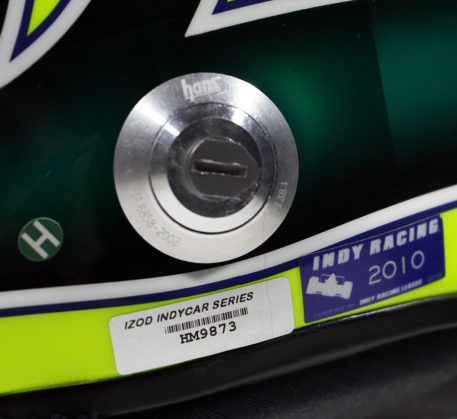 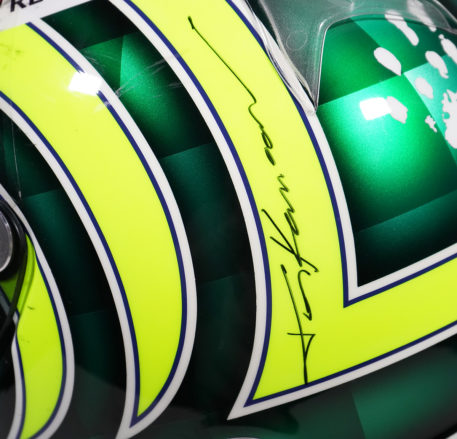 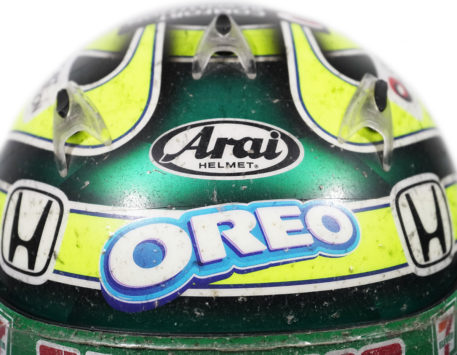 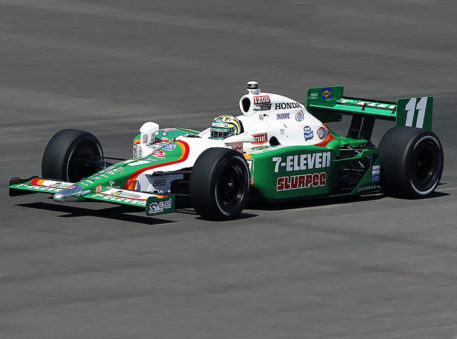 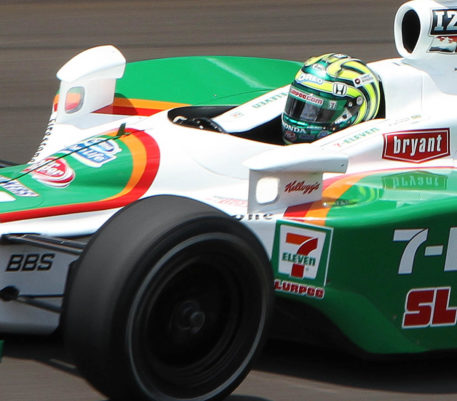 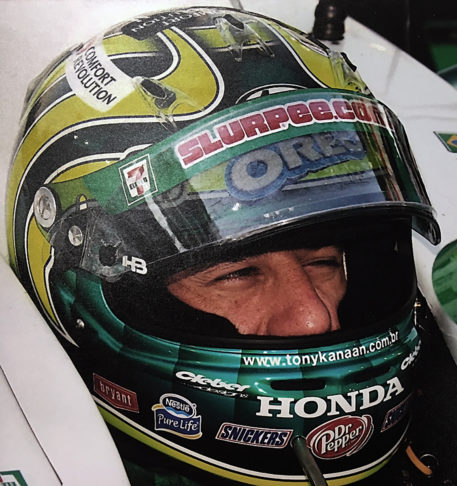 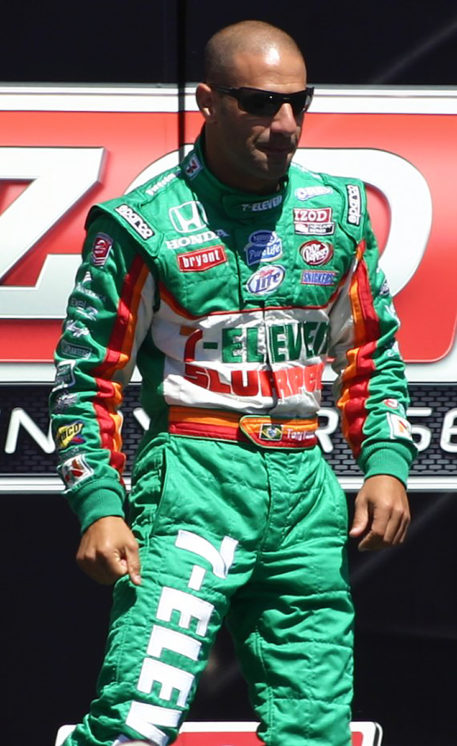 Race-used Arai helmet worn by Tony Kanaan during the 2010 IndyCar season. It still shows all the scars from when it was last used (and photo matched) on the oval at Japan. The helmet was also used at several other events during the 2010 season. Kanaan wore the helmet while in his final season with Andretti Autosport and bares the classic Kanaan green, yellow and white designed Cleber Designs paintwork. It still retains its IndyCar tech stickers and has many other sponsor decals applied including Oreo, Slurpee, Snickers, and Dr. Pepper to name a few.

The helmet was obtained directly from Tony Kanaan and is personally signed by him. This is a great opportunity to own a race-used helmet from the 2004 IndyCar Series Champion and 2013 Indy 500 Winner.