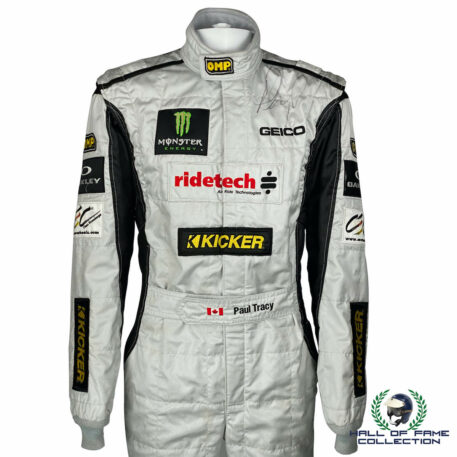 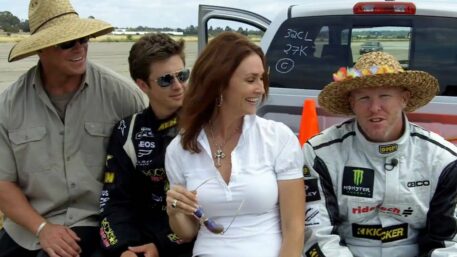 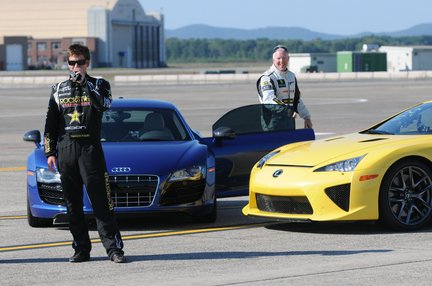 The driving talents of Tanner Foust, a two-time Formula Drift “Pro Drift” champion, and Paul Tracy, the 2003 IndyCar Series champion, come to the fore in this series, as they get behind the wheels of the world’s most exotic cars — Ferraris, Lamborghinis, Porsches and other top-end manufacturers — putting each through a series of challenges and obstacles to see which ones come out on top.

The suit is signed by Tracy and comes straight from PT’s personal collection.

Can be seen in episodes of the Speed TV show Battle of the Supercars.