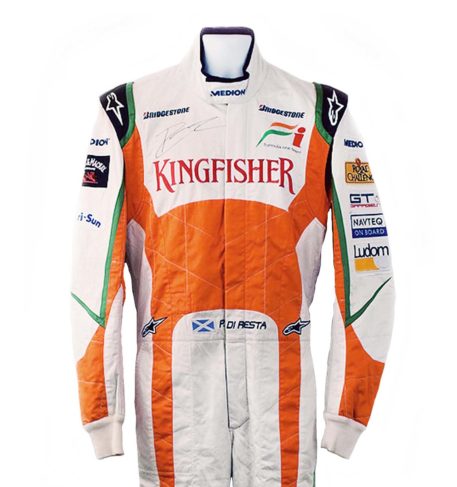 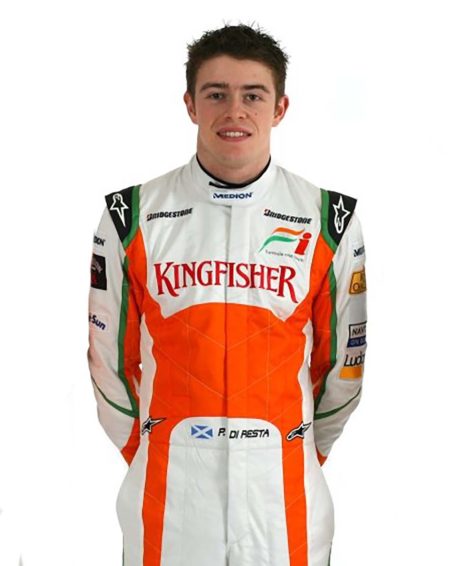 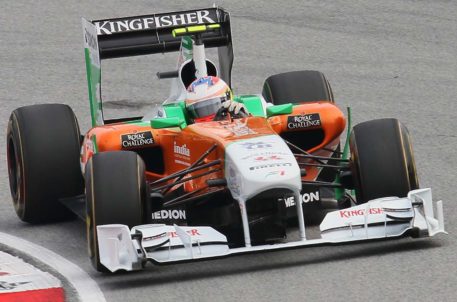 The AlpineStars suit was worn by di Resta while employed by Force India F1 team as their test driver in 2010. Driving the Force India Mercedes-powered VJM03  di Resta participated in many of the practice sessions at most of the races. His lap times impressed the team enough to offer him a full-time drive for the following season.

It is one of the last fully embroidered racing suits before all teams moved to the silkscreen printed versions of today. The suit comes in the stand-out white, orange and green colors of the Force India team and has early season major sponsor’s Kingfisher emblazoned across the chest and back. The suit has also been personally signed by Paul di Resta and comes with a full Certificate of Authenticity.