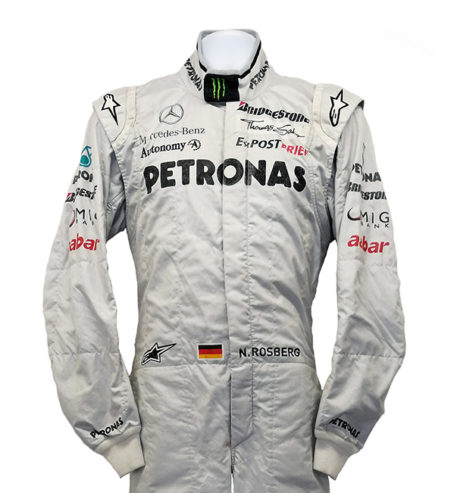 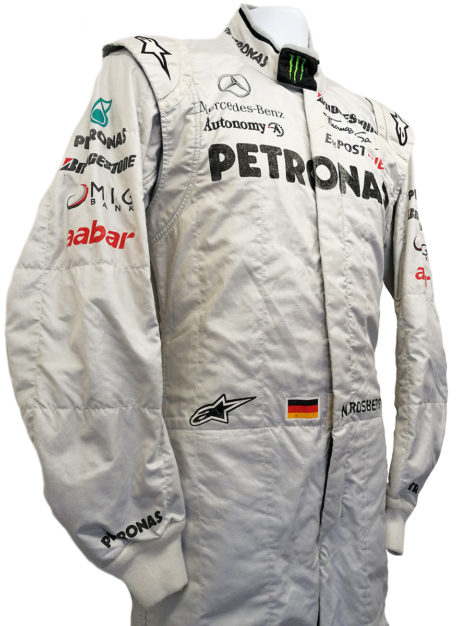 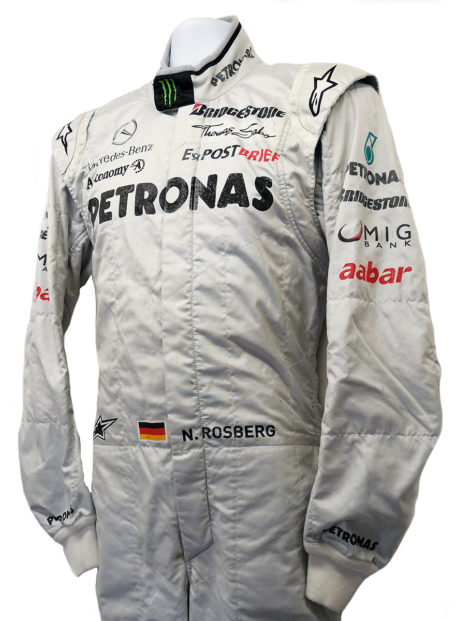 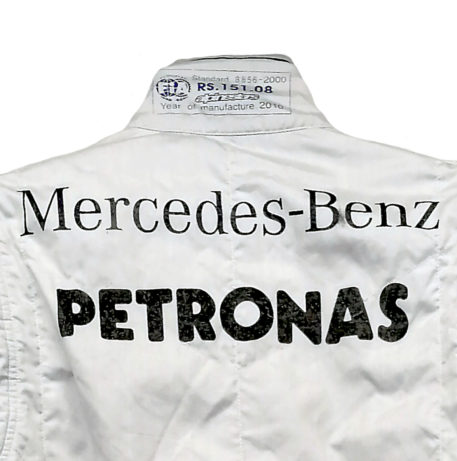 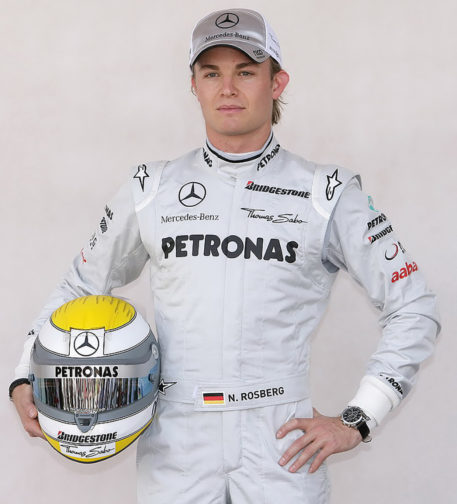 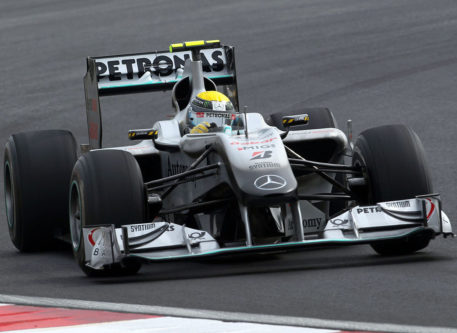 Race suit used by former German Formula 1 World Champion Nico Rosberg. This light weight suit was used by Rosberg during his first season with the Mercedes GP Petronas F1 Team in 2010. Rosberg the son of 1982 World Champion Keke, had moved to Mercedes after spending four seasons with the Williams F1 team. He would go on win the world championship with Mercedes in 2016.
The AlpineStars silver grey suit has the teams Petronas lettering printed on both the front and back. There is also the Mercedes Benz lettering and three pointed star to the back and right chest. There are many other sponsor suppliers’ brandings to the suit chest and arms including EPost, Autonomy, Bridgestone and MIG to name a few. Rosbergs name and national flag are printed to the waist.
Chance to own a piece of F1 history, worn by a former World Champion.