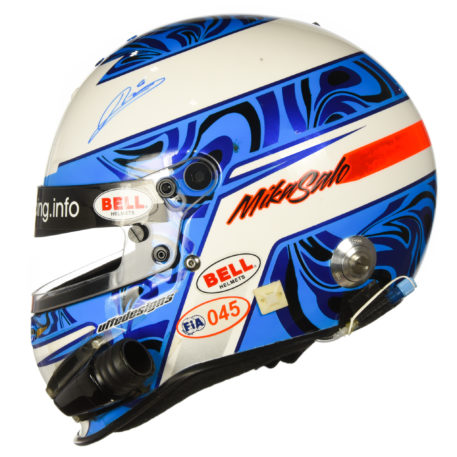 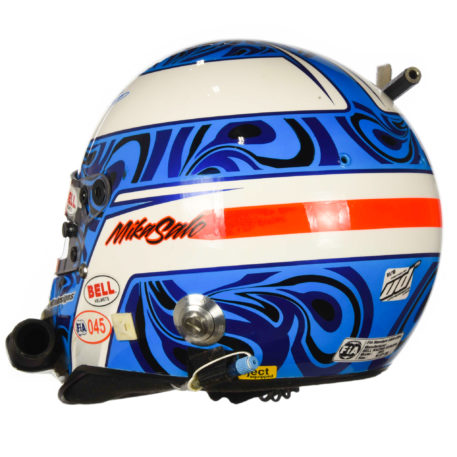 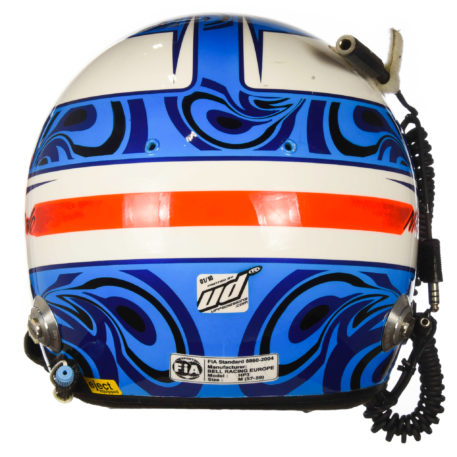 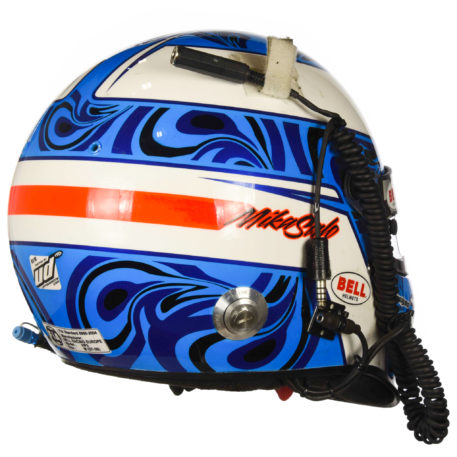 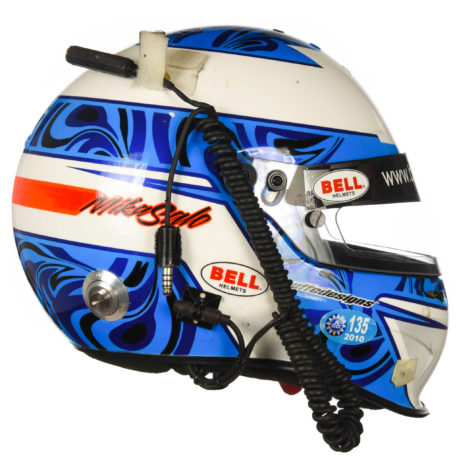 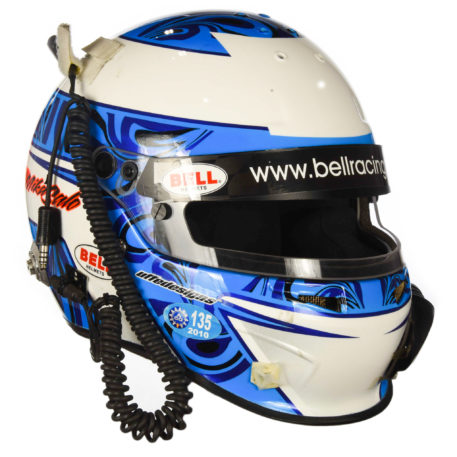 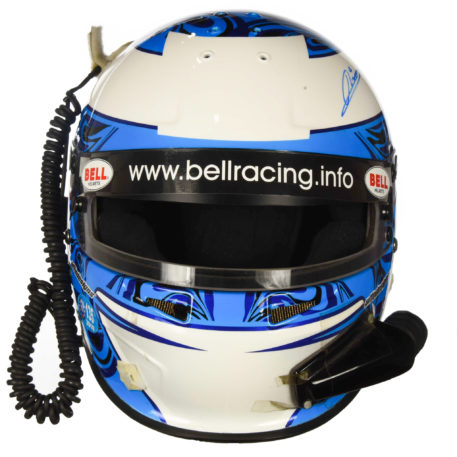 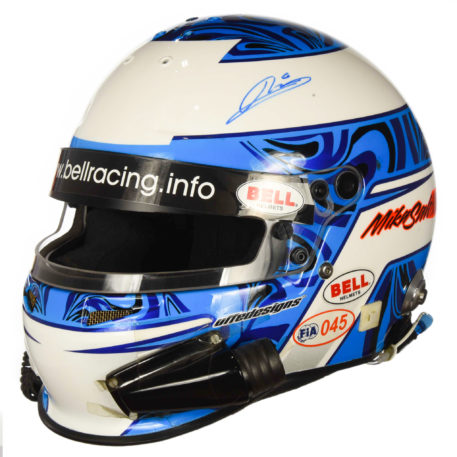 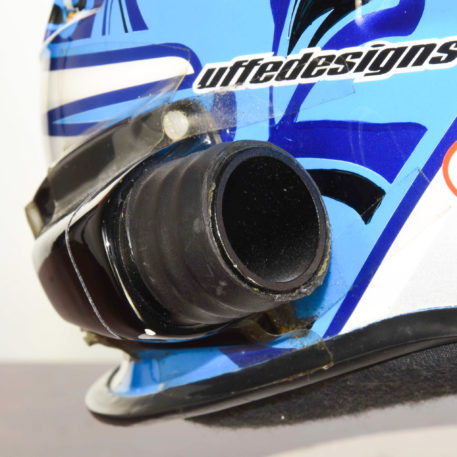 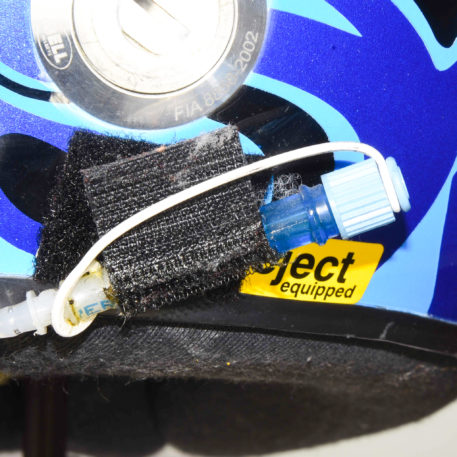 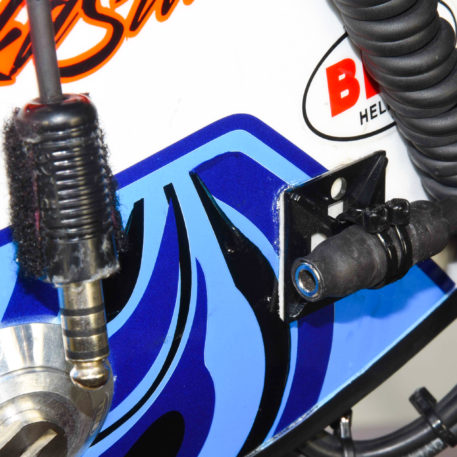 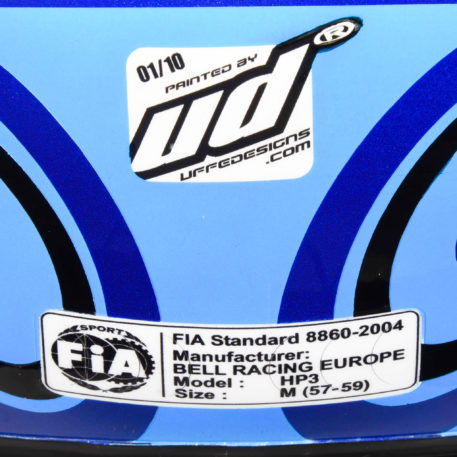 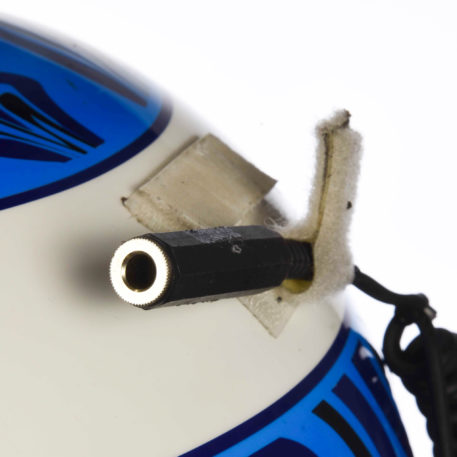 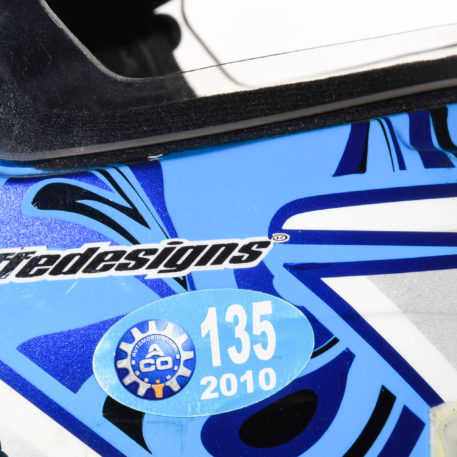 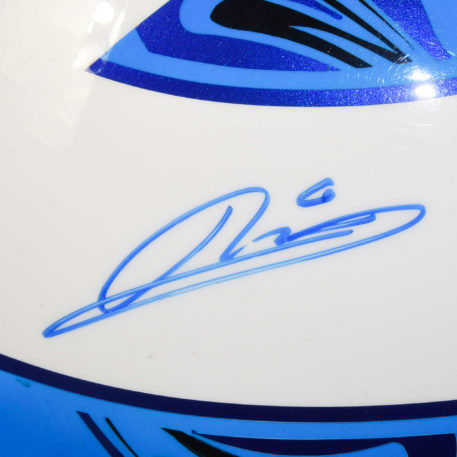 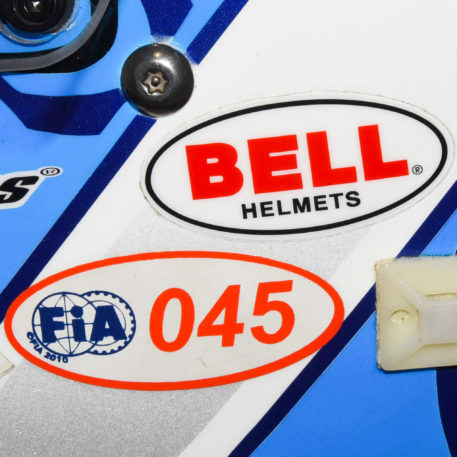 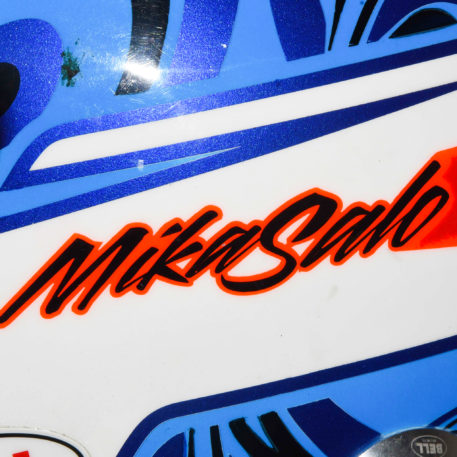 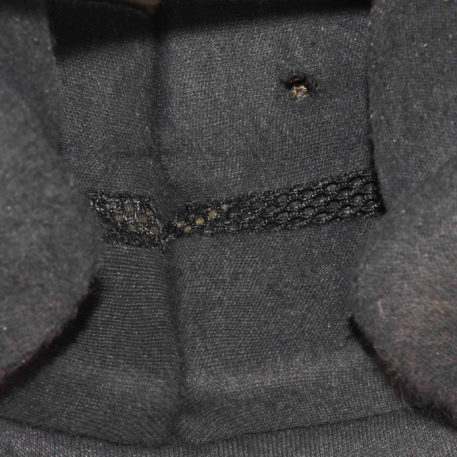 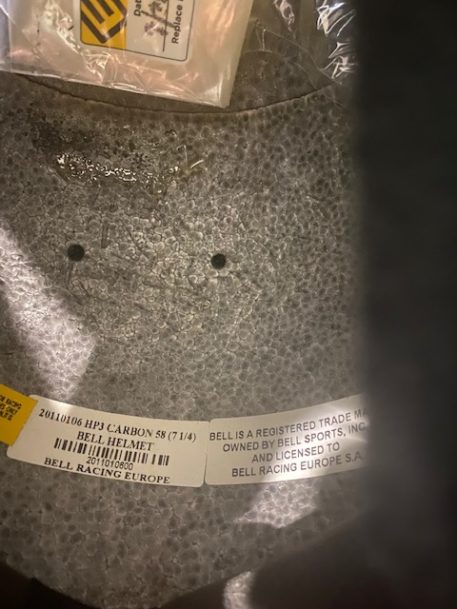 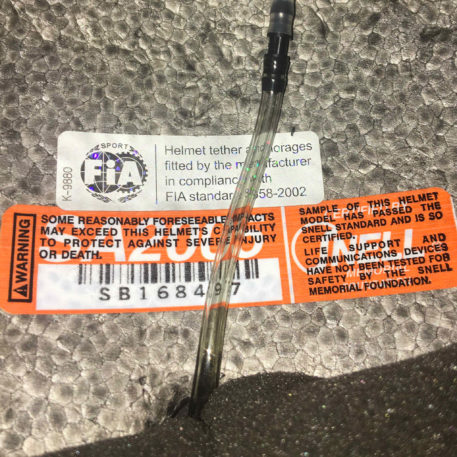 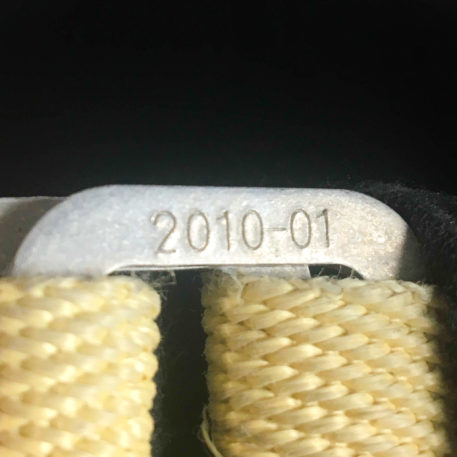 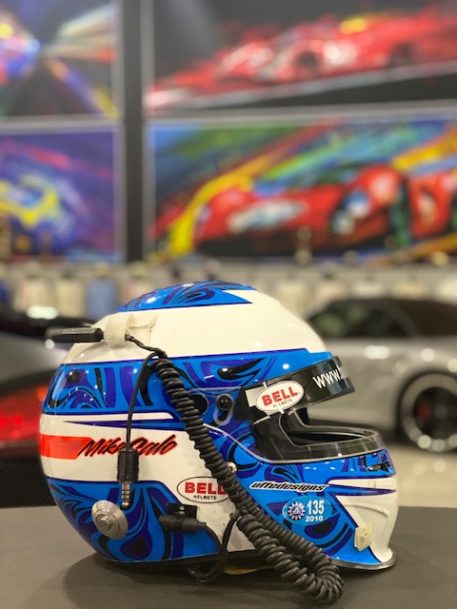 Race-used Bell HP3 Carbon helmet worn by Mika Salo during the 2010 ALMS season and FIA GT Series. The helmet also shows the tech sticker from the 24 Hours of Le Mans entry but the AF Corse Ferrari team did not start the race due to the funding falling through. In ALMS Salo drove a Ferrari 430GT for Risi Competizione, the same team with which Salo had previously taken the 12 hours of Sebring and the ALMS Championship.

Salo had a long, successful career in racing catching his big break in the British F3 Championship in 1989. In 1990 he finished 2nd behind fellow Finn, Mika Hakkinen in the final drivers standings. After a brief stint in the Japanese Formula 3000 Championship Salo would enter the world of Formula 1 racing with Lotus, followed by stints with Tyrrell, Arrows and BAR. However a greater opportunity arose when Michael Schumacher broke his leg in a crash at the 1999 British Grand Prix and Salo was picked to replace him for two races. In the second race with Ferrari at the 1999 German Grand Prix Salo led the race and would have scored his first GP win but team orders demanded that he give the lead to teammate Eddie Irvine, who at the time was fighting for the championship with the aforementioned Mika Hakkinen. Salo would end his F1 career with stints at Sauber and Toyota teams but would go onto greater success in many international Sportscar events. His relationship with Ferrari remained strong as he secured numerous victories including two at 12 Hours of Sebring and two 24 Hours of Lemans plus the 2007 American Le Mans Championship Series.

The helmet, painted by Uffe Designs, is in Salo’s iconic white & blue colors of the Finnish flag. The helmet has a red accent stripe on the back of the helmet with Mika Salo’s name on either side. The helmet comes with a Bell Helmets sunstrip on its cut-out visor and original radio, air supply connection and HANS clips still attached.

The helmet comes from Salo’s personal collection and has been personally signed by him. Item comes complete with a Certificate Of Authenticity.