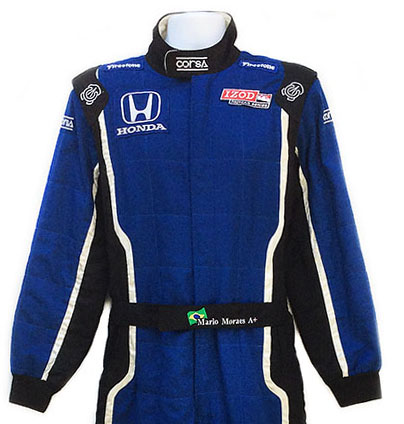 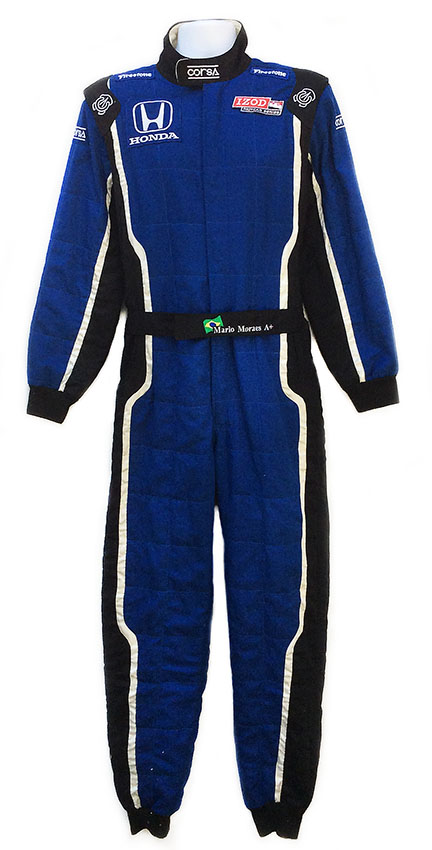 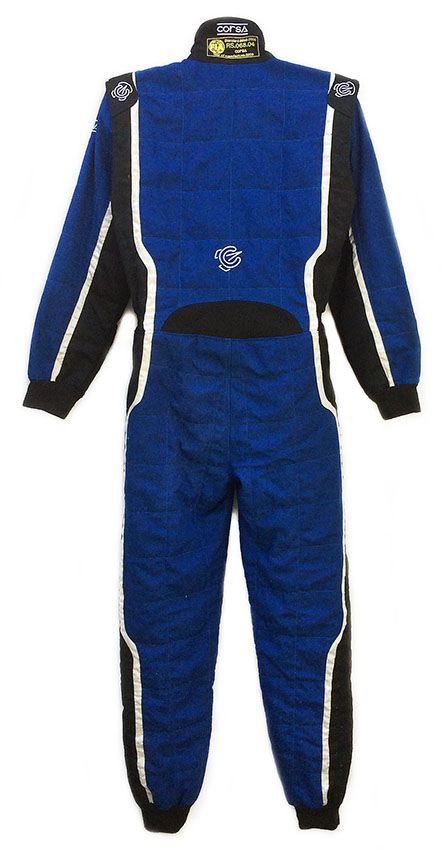 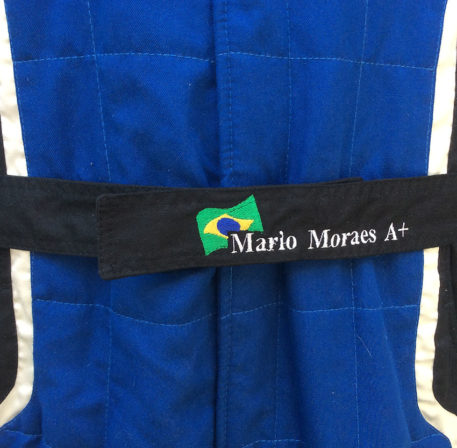 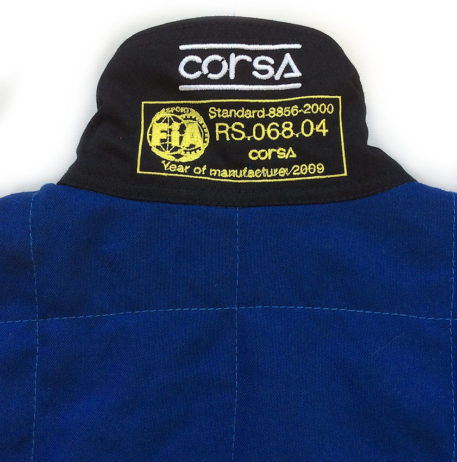 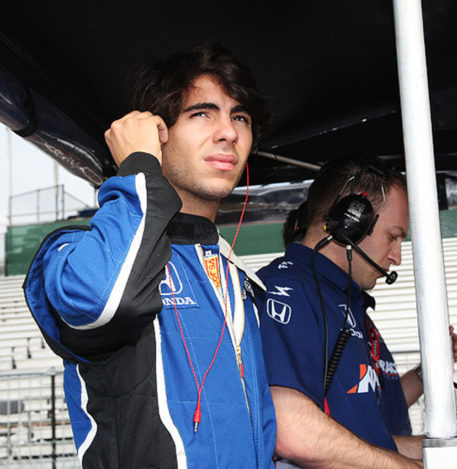 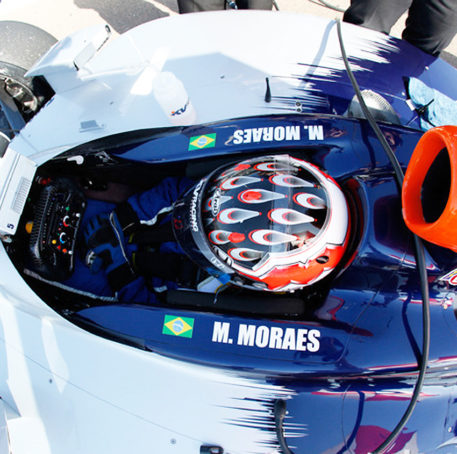 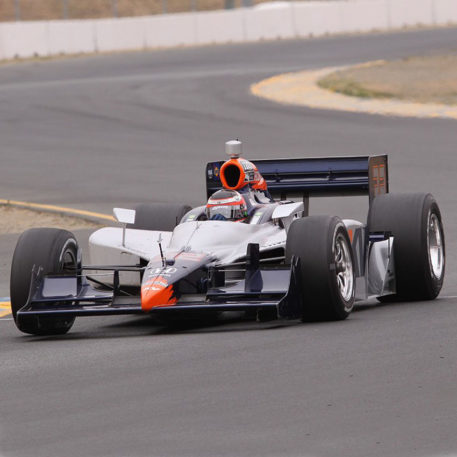 Corsa race suit worn by young Brazilian driver Mario Moraes while driving for the KV Racing Technology Team during the 2010 season. This suit has been photo matched as being used during practice/qualifying sessions at the Honda Grand Prix of St. Petersburg. Moraes spent three years in the IndyCar Series having scored many top ten finishes, including one podium.

This blue suit has black, edged in white, sections on the sides and arms. It also has engine and tire suppliers Honda and Firestone, as well as the Izod IndyCar Series patches sewn onto the suit. Moraes’s name and national flag are embroidered onto the belt.