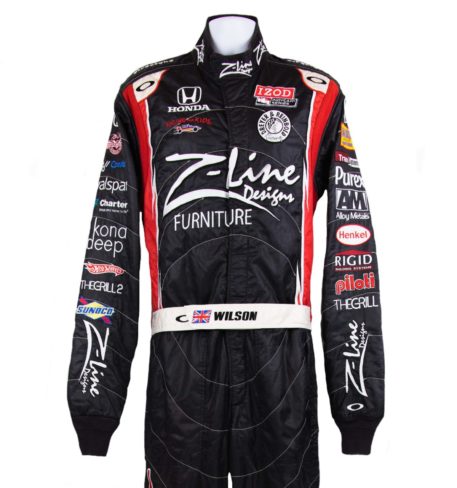 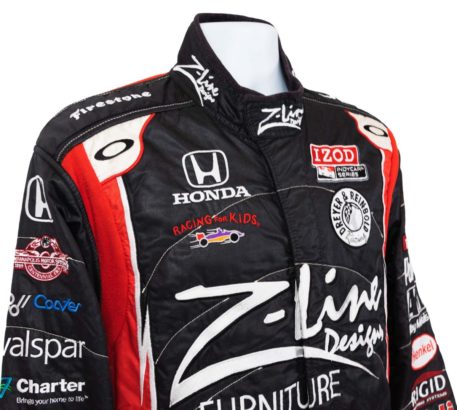 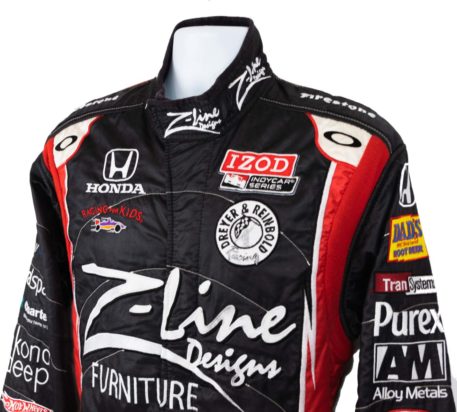 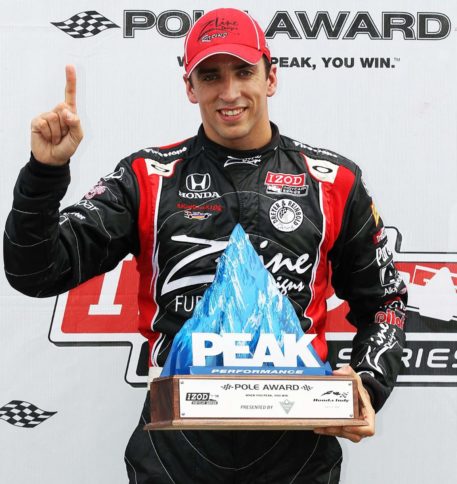 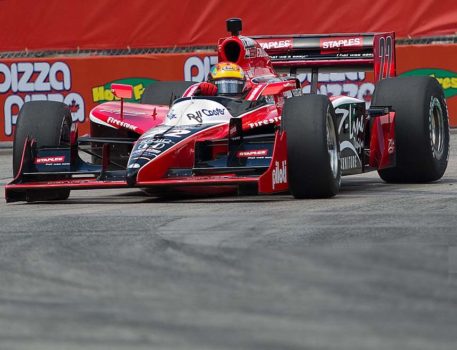 This Oakley race suit was one worn by the late great Justin Wilson during the 2010 IndyCar Series.

Englishman Wilson used the suit while driving for the Dreyer & Reinbold Racing Team. This was Wilson’s first season of two with the team where he scored two-second place finishes and won pole position at the Honda Indy Toronto, Canada. Wilson who was a well-respected driver amongst his peers and big fan favorite, unfortunately, lost his life in a freak racing accident in 2015 at Pocono Raceway.

The black suit has red with white trim panels on both sides of the torso. The team sponsor Z-Line Designs features prominently on the suit with their Branding lettering embroidered on to the front, back legs and arms, the suit has many other sponsors/suppliers logos on both arms including, Dad’s Root Beer, Purex, Sunoco and Piloti to name a few.

Add this fantastic suit to your collection, used by one of motorsports true gentleman.