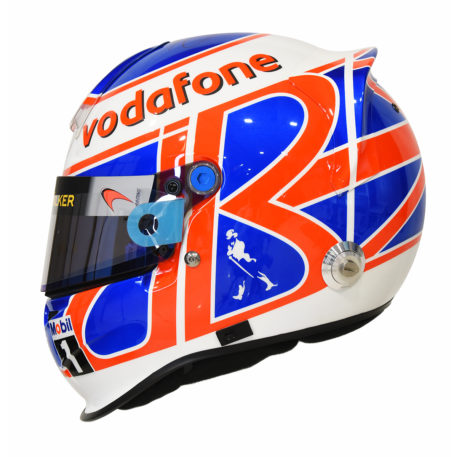 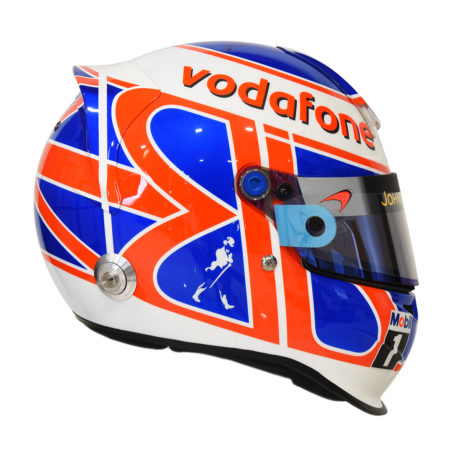 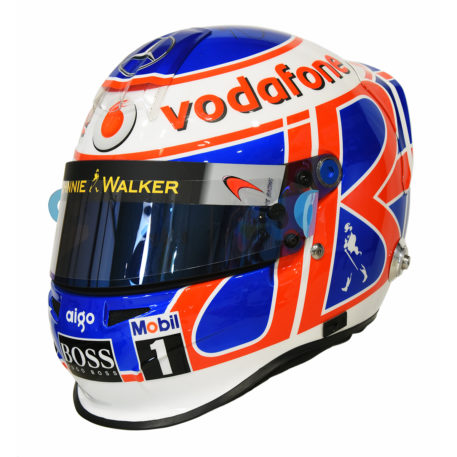 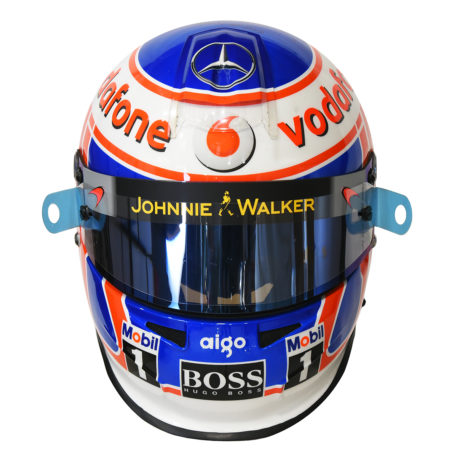 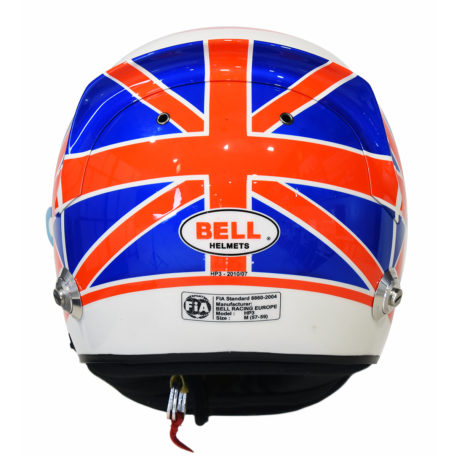 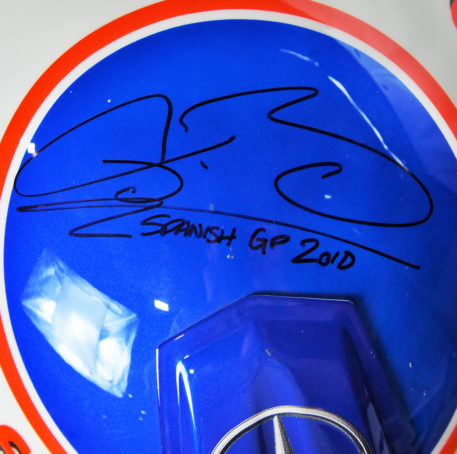 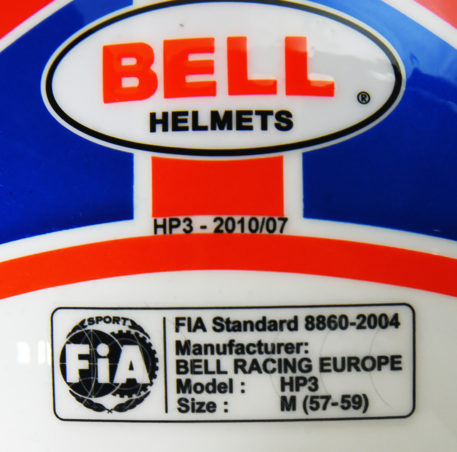 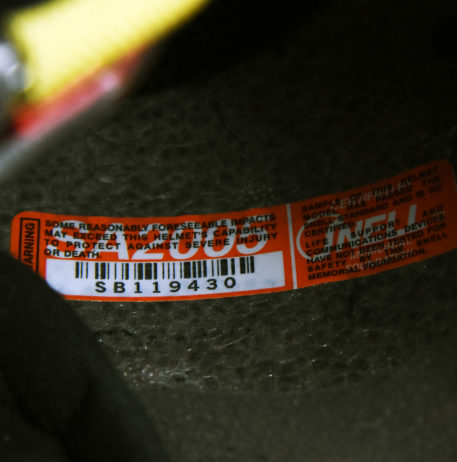 An original and rare Bell HP3 Carbon helmet worn by Jenson Button in 2010 while the British driver was the defending Formula One World Champion. It would also be his first season driving for the McLaren Mercedes team. The helmet, identified as #7, was confirmed by Jenson Button as being race-used during the 2010 German, Hungarian, Belgium, and Spanish Grands Prix. This helmet has been personally signed and race documented for the Spanish event by Jenson Button and comes directly from the 2009 F1 World Champion’s personal collection.

The full-carbon helmet has Button’s iconic design which incorporates his home nation’s red, white and blue colors, with the patriotic Union Jack flag on the back and his ‘JB’ initials on both sides. In the white band that encircles the top of the helmet is major team sponsor Vodafone lettering and logos. Other sponsorship branding logos from Boss, Mobil 1, and Aigo have also been added to the chin and cheek areas. Team engine supplier Mercedes’ ‘three-pointed star’ logo is on the front of its blue crown and the dark-tinted visor bears a Johnnie Walker sun strip. The helmet comes as last used complete with the track chips and race grime still on the helmet, as well as all air deflectors, HANS post anchors, and visor tear-offs still attached. The helmet has I.D. numbers on the back which read HP3 (helmet model) and 2010/07 (year and helmet #) The FIA Bell Helmets standards sticker is applied just below this.

The helmet comes complete with a full Certificate Of Authenticity.