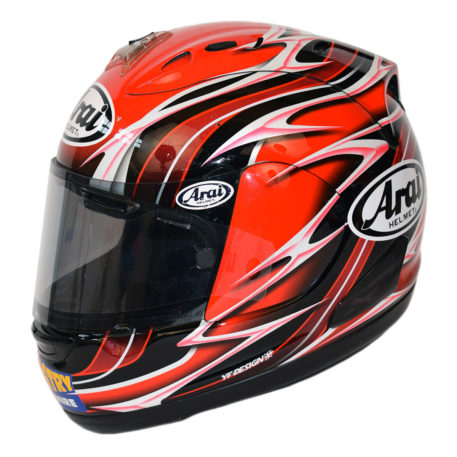 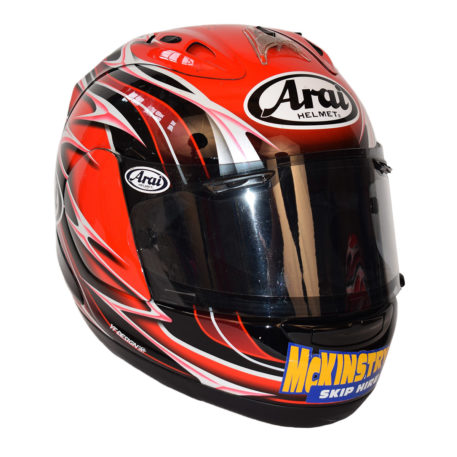 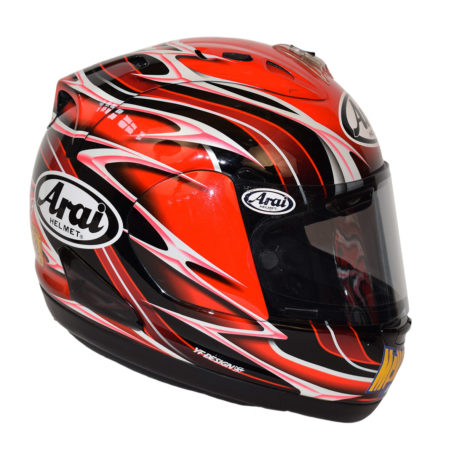 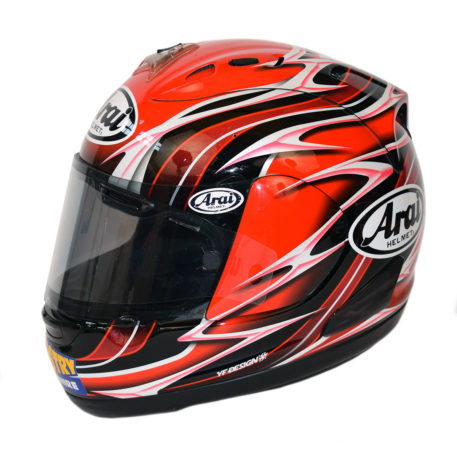 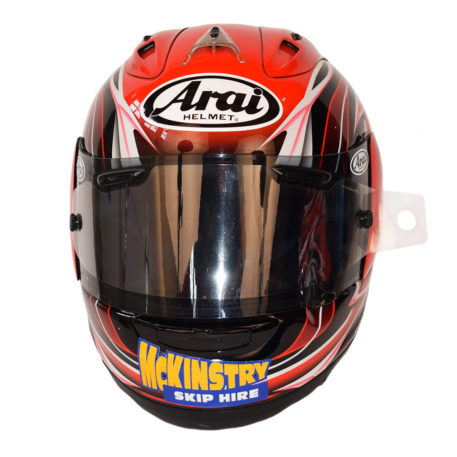 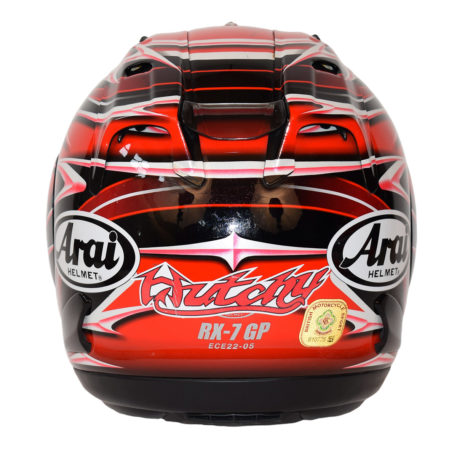 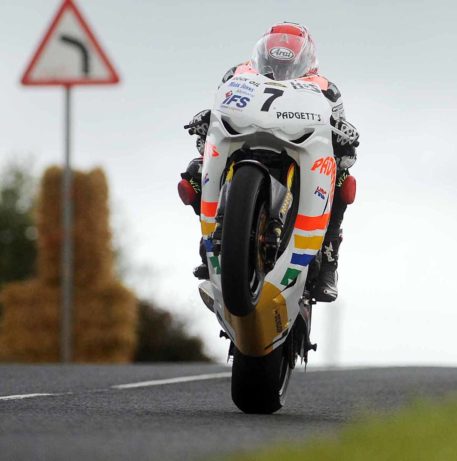 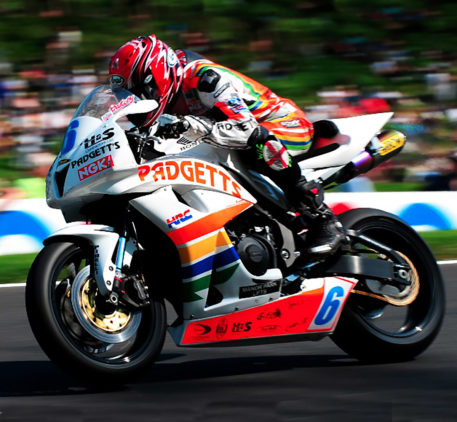 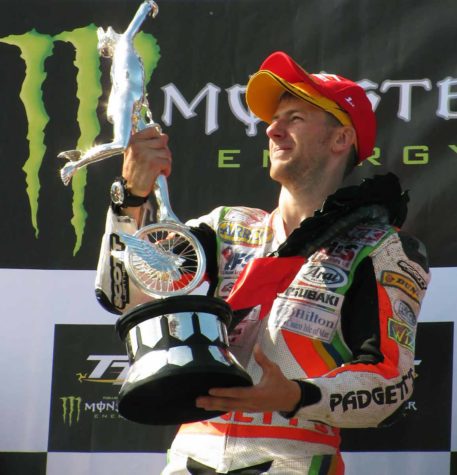 In 2010 ‘Hutchy’, riding a Padgett’s sponsored HRC Honda, became the first man in the over 100-year history of the Isle of Man Tourist Trophy event to win five TT’s in one week.

Just a few weeks later ‘Hutchy’ would suffer an almost career-ending injury at Silverstone. However, Hutchinson would bounce back to win more TTs and has a total of sixteen wins to date at the prestigious event. The helmet has been personally signed by Ian Hutchinson and comes with a full Certificate Of Authenticity.

This is a great chance to acquire this very rare, genuine, signed and race-worn ‘Hutchy’ helmet.