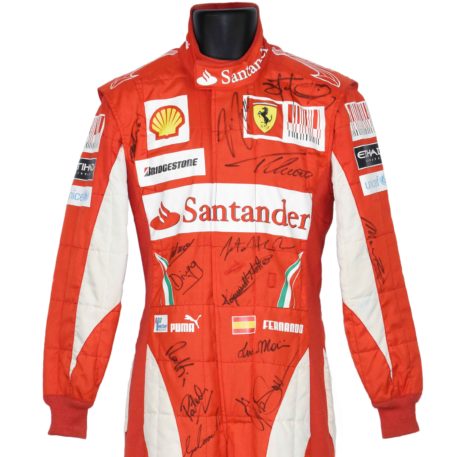 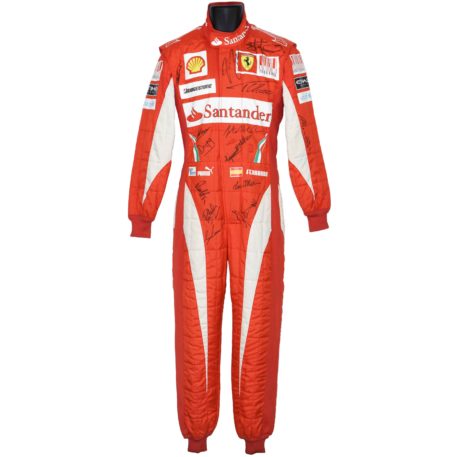 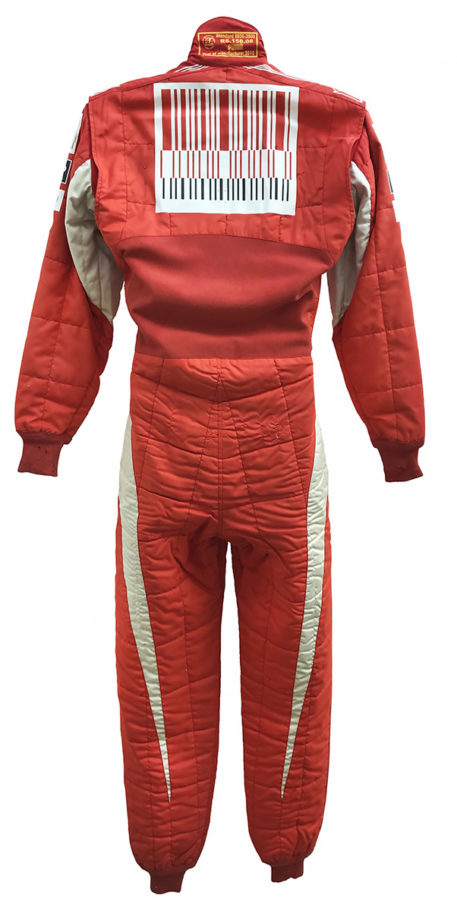 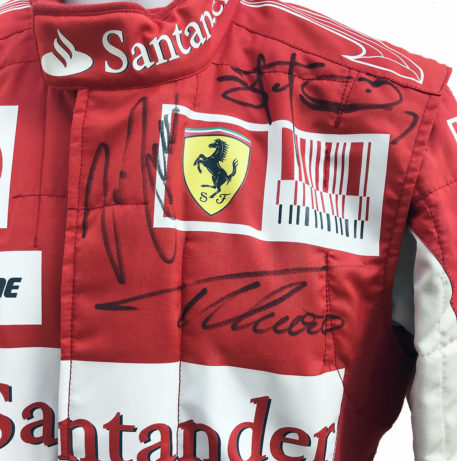 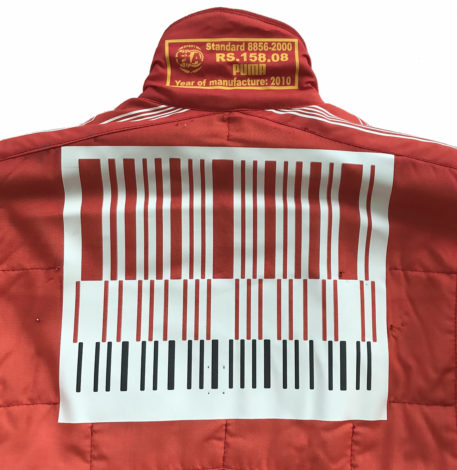 This special one-off Scuderia Ferrari race worn suit was used by the double Formula 1 World Champion Fernando Alonso during the 2010 F1 season. The Spanish racer, driving a Ferrari F10 machine, would record his best season with the Maranello based team, scoring five wins and many other points-scoring positions to see him finish second in the Championship standings, narrowly missing out on the title by just four points.

This Ferrari Red, with white flashes, Puma suit was used at several races during the season. Around its midriff is a white band that contains bankers ‘Santander’ lettering and logos. The chest and arms have other sponsors/supplier branding logos that include Shell, Etihad, Bridgestone, and Unicef. Alonso’s name and national flag are printed on the waist. The suit is very unique due to the fact that is signed by many of the Ferrari team members including:

Stefano Domenicali has recently been named the new president and chief executive officer of Formula 1 starting from 2021.

A great opportunity to add this rare and unique, never to be repeated race suit worn by a driver who many believe to be one of the greatest in the modern era of motorsport.

This race suit comes with a Certificate Of Authenticity.