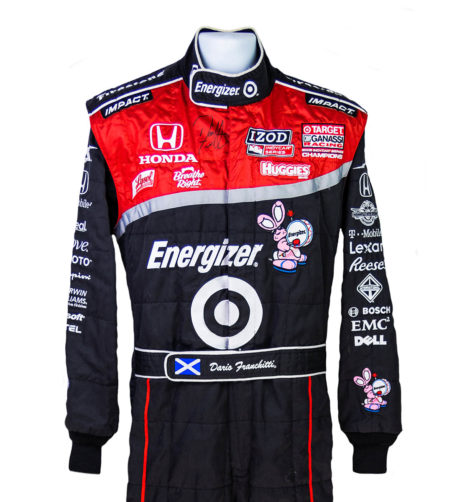 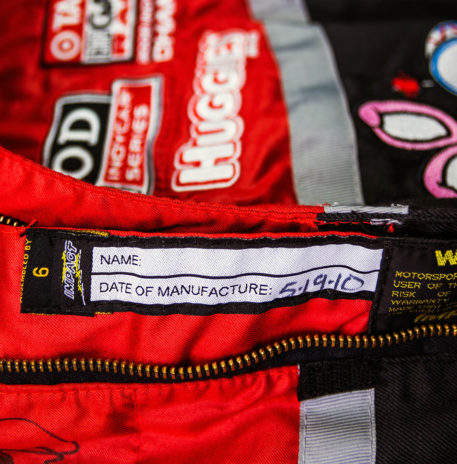 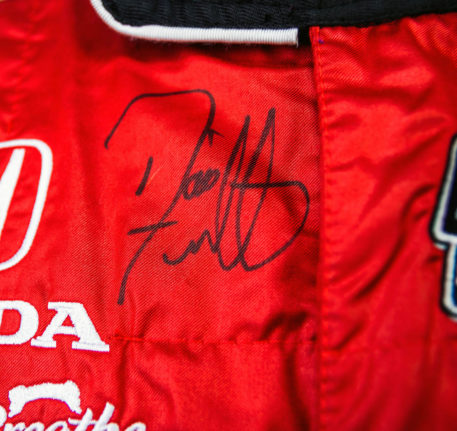 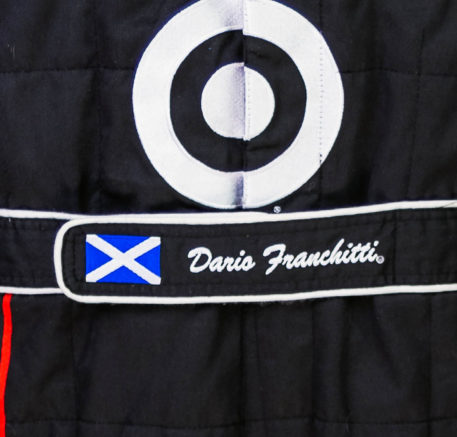 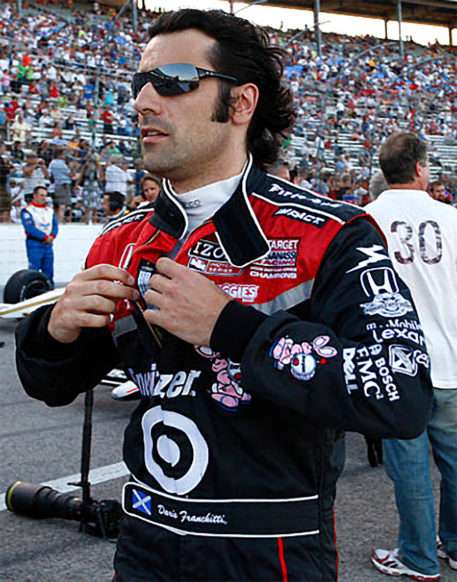 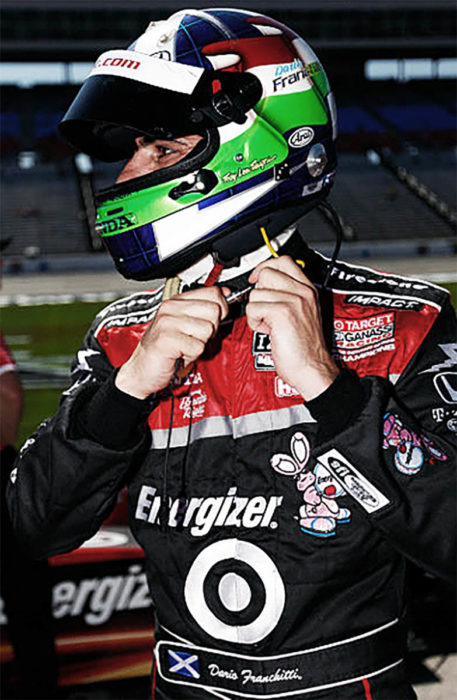 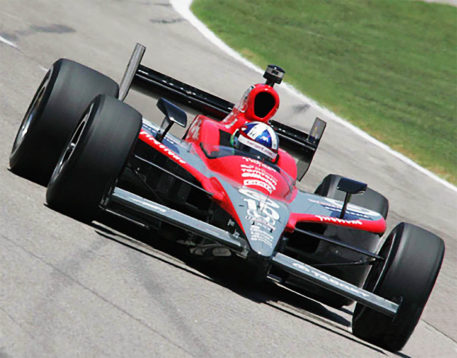 Impact race suit worn by four-time IndyCar Series champion Dario Franchitti. The Scot wore this suit during the weekend while competing for Firestone 550K at the Texas Motor Speedway in 2010, where Franchitti notched a fifth-place finish driving for the Target Chip Ganassi Team. Along with his many other point scoring finishes that year, which included three wins and seven podium finishes, Franchitti would go on to take his third of four IndyCar Series titles by five points over his nearest rival Will Power. He was also the winner of the Indianapolis 500 during the 2010 season.

This great-looking, mainly black, suit has the main sponsor’s, Energizer Batteries, white lettering emblazoned across the front and back, including the ‘Energizer Bunny’ image. Just under this is the team’s other major sponsor’s Target ‘Bullseye’ logo as well. The upper chest and back of the suit are in red with a silver-edged band and has the Ganassi and IndyCar patches as well as other sponsor logos including Huggies, Breath Right and the engine supplier’s Honda logo. Both arms have numerous branding logos embroidered on them including Bosch, Dell, Lexar, and T-Mobile just to name a few. The left-arm also has the Indianapolis Motor Speedway Centenary logo and there are also red pinstripes running down both legs. Franchitti’s name and the flag of Scotland are embroidered on the waist belt.

This is a great opportunity to acquire a piece of IndyCar history worn during a championship-winning year by one of the modern-day legends of motor racing.

Dario Franchitti has personally signed the suit and it comes with a full Certificate of Authenticity.