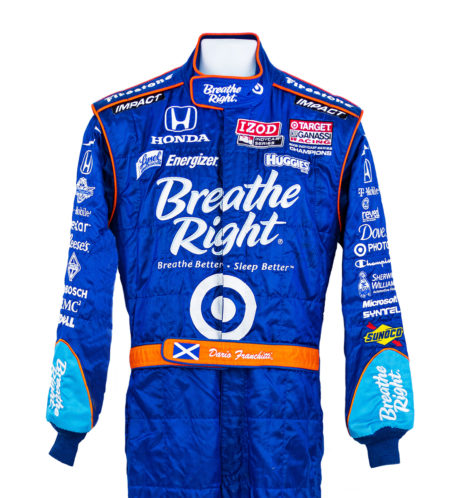 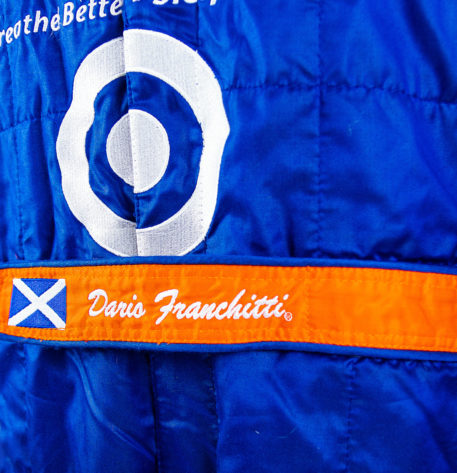 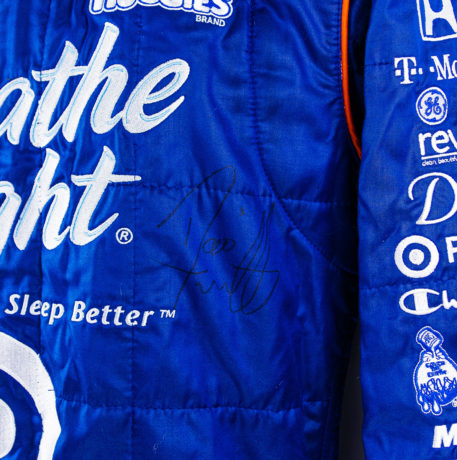 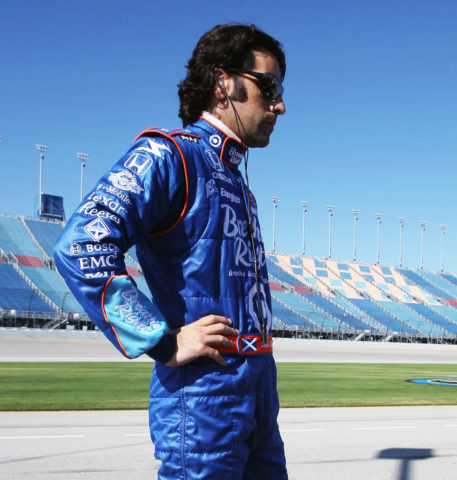 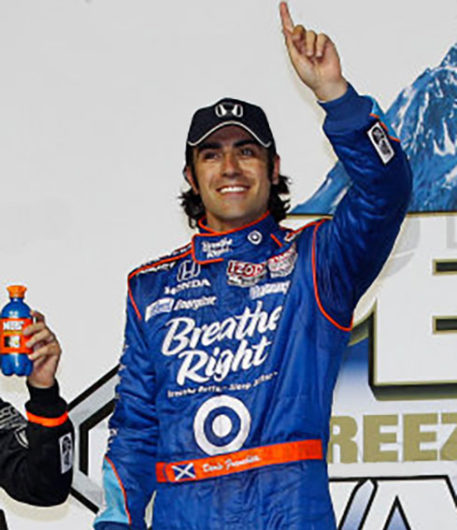 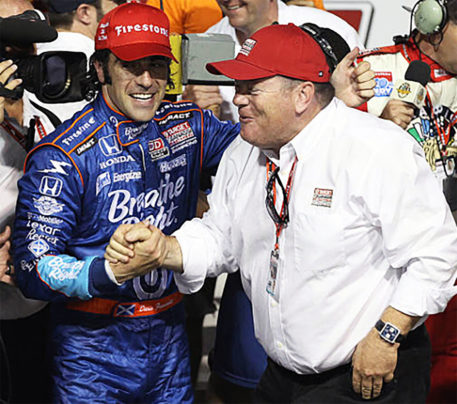 Stunning electric blue Impact race suit is likely one of two used by four-time IndyCar Series Champion and three-time Indy 500 winner Dario Franchitti. The Scotsman wore the suit while driving for Ganassi Racing at the 2010 Peak Antifreeze & Motor Oil Indy 300, held at the Chicagoland Speedway, Illinois. This race was his third win of the season and one that helped him eventually clinch his third title.

This great looking suit has orange piping around the shoulders and the neck.  Its light blue cuffs are also edged with orange piping. The team sponsor for the race was ‘Breath Right’ nasal strips which was a sales product of the team’s major sponsor retailer Target.  The ‘Breath Right’ lettering branding and Target ‘Bullseye’ appear on both the front and back of the suit. The ‘Breath Right’ branding is also embroidered on the legs, cuffs, and neck. The suit also has many other branding logos including  T-Mobile,  Reese’s, Sunoco and Honda, to name just a few. The suits orange belt has Franchitti’s name and the Scottish Saltire flag embroidered on it.

Dario Franchitti has personally signed the suit and it comes with a full Certificate Of Authenticity.

This is a great opportunity to own this fabulous suit worn by one of the true legends of IndyCar racing.