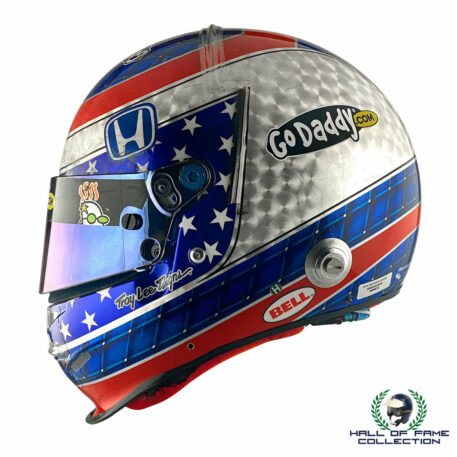 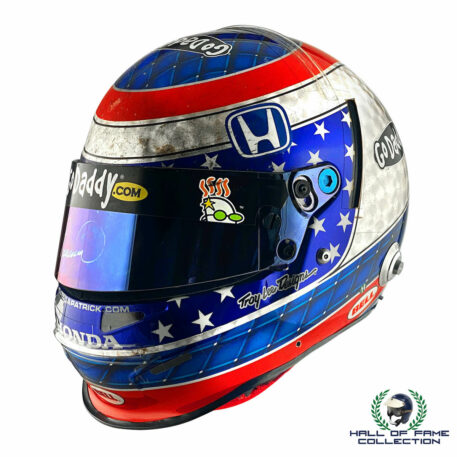 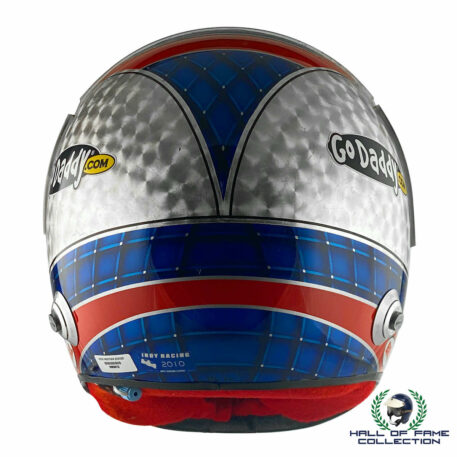 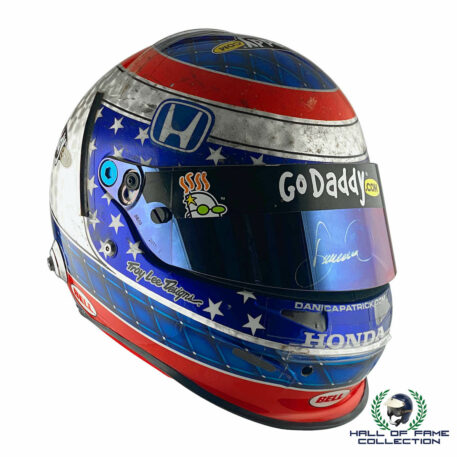 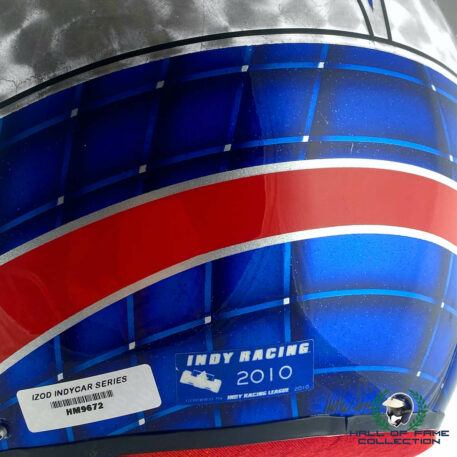 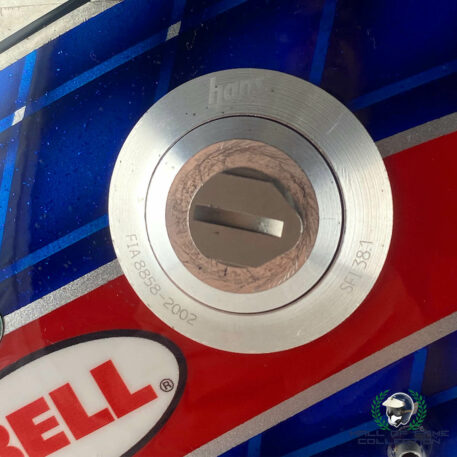 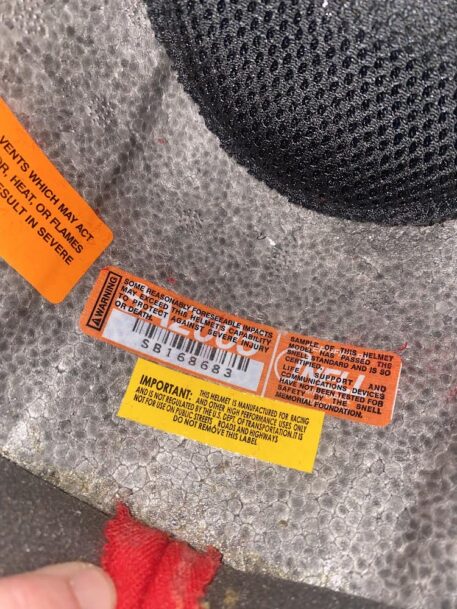 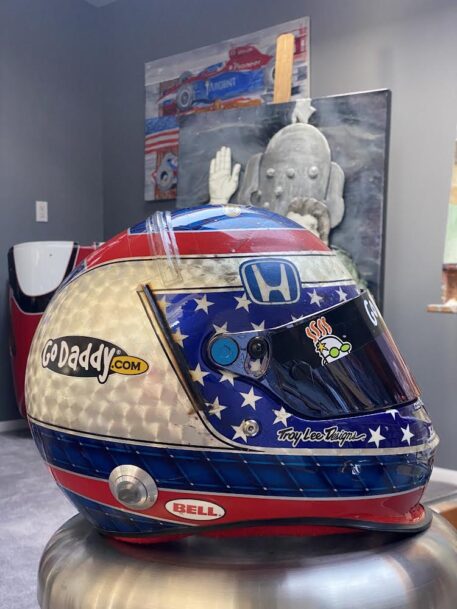 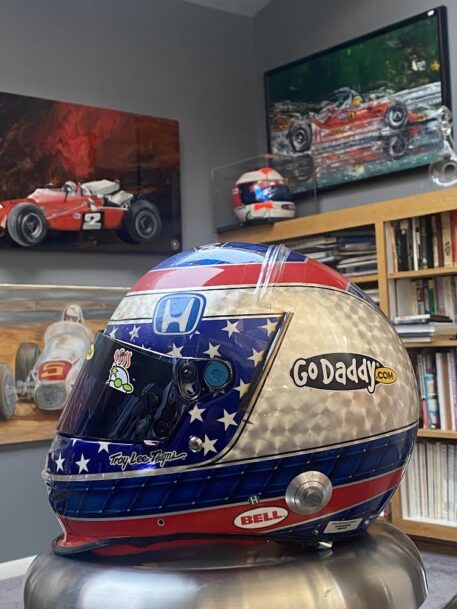 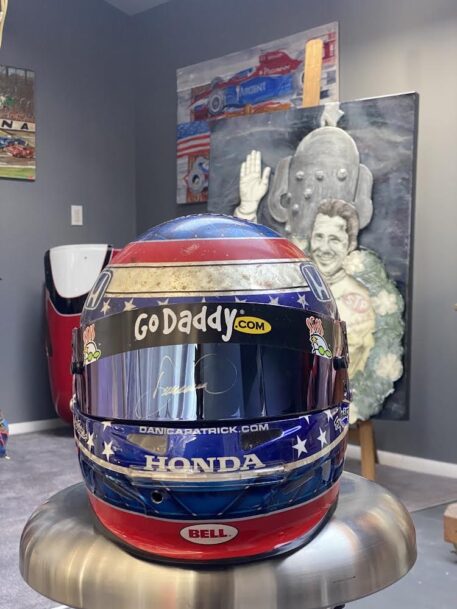 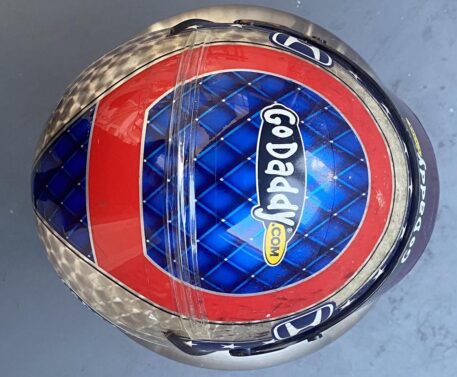 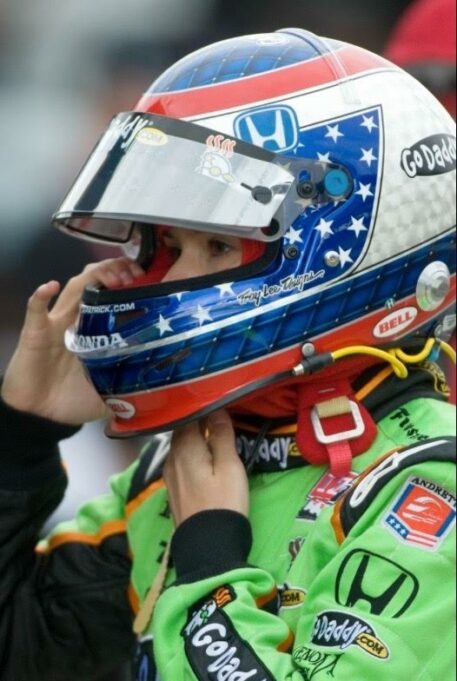 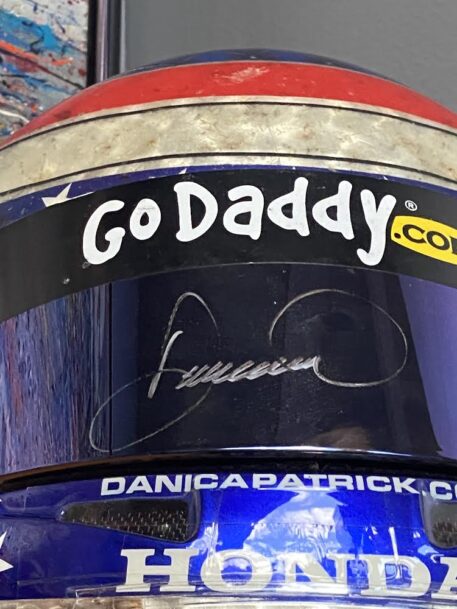 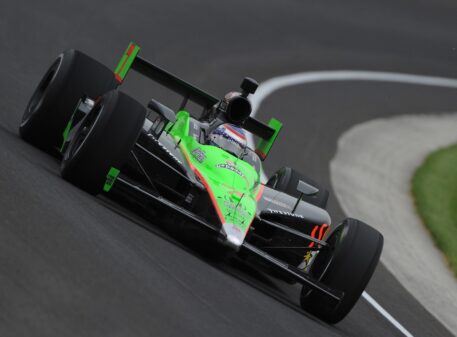 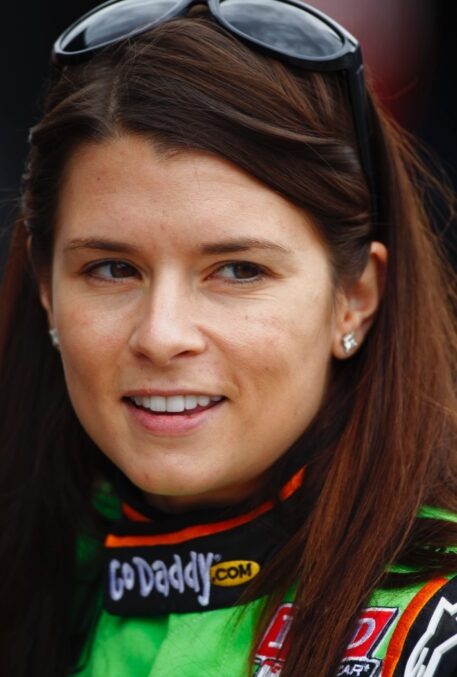 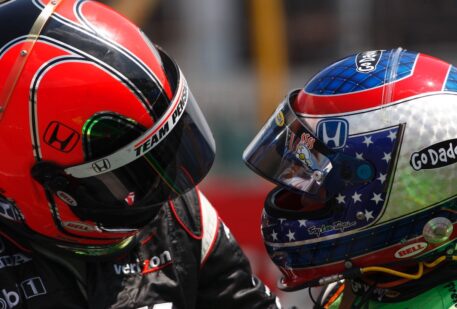 Race-used Bell helmet worn by Danica Patrick during the 2010 IndyCar season while racing for Andretti Autosport. This is the only IndyCar helmet ever to be publicly made available from Danica’s career. The helmet can be seen during the month of May at the Indy 500, and at other races throughout the 2010 season. The helmet has the fantastic turned metal finish which was made famous by helmet painter Troy Lee Designs.

Danica Patrick is the only women in open wheel history to win an IndyCar race.

The 2010 season saw Patrick return to drive with the newly renamed Andretti Autosport in the IndyCar Series, as well as a limited schedule with JR Motorsports in the NASCAR Nationwide Series (now Xfinity Series). As in the previous year, her season began poorly as she could only muster a 15th-place finish at the inaugural São Paulo Indy 300 after spinning in inclement weather. Nevertheless, at the season’s second round, the delayed Honda Grand Prix of St. Petersburg, Patrick made her first appearance in the top ten with a respectable 7th place finish.  At the Indianapolis 500, she qualified a career low 23rd; in the race, Patrick struggled with her car en route to finishing a strong 6th. The Firestone 550 at Texas Motor Speedway one week later was her best performance of the season, which saw her lead one lap and finish in a strong 2nd place. At the Indy Grand Prix of Sonoma, Patrick set a new series record for the most consecutive races finished, with her 29th event passing without a DNF. She ended her season by equaling her best result of the season in the final IndyCar race at the Homestead-Miami Speedway, which enabled her to finish 10th in the drivers’ standings with 367 points.

The helmet is signed by Patrick and comes with Certificate Of Authenticity.