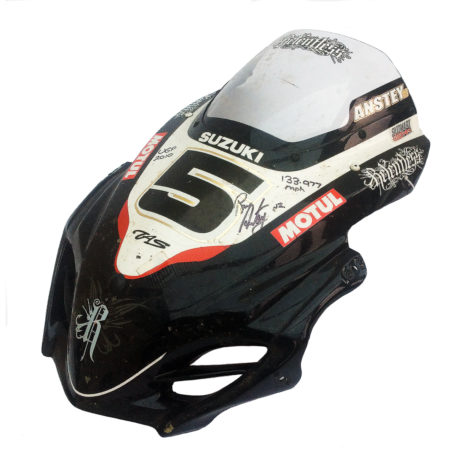 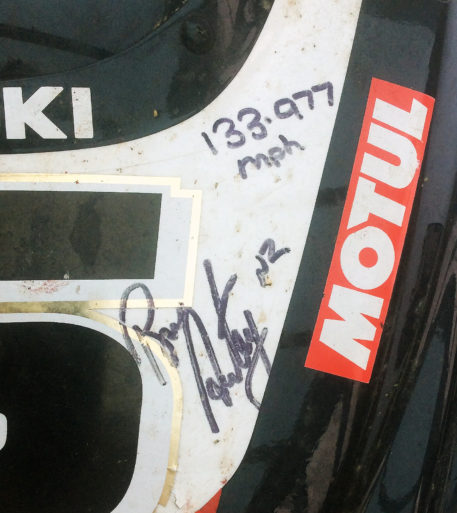 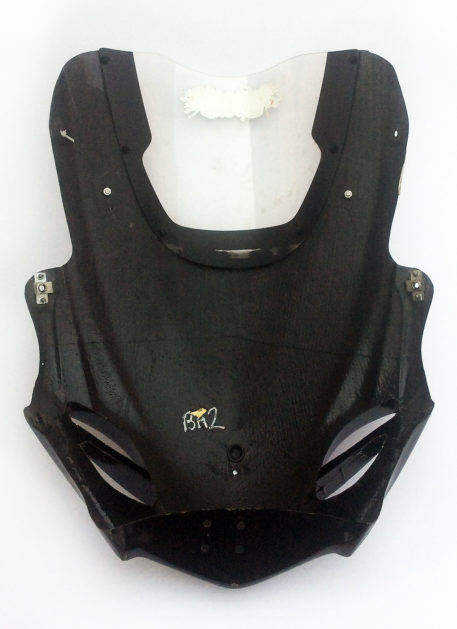 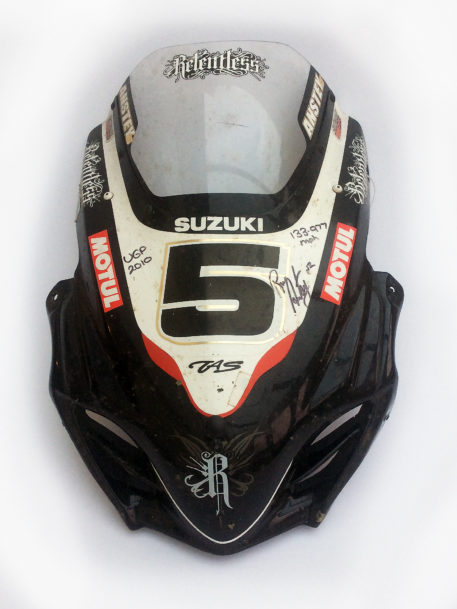 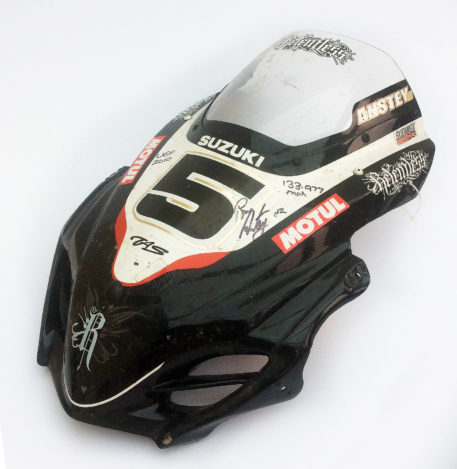 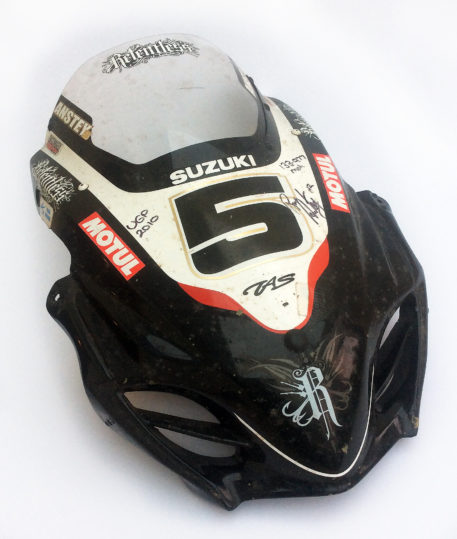 Top front fairing from the 1000cc Suzuki ridden by New Zealander Bruce Anstey. This awesome fairing was used by Anstey while taking part in the 2010 Ulster Grand Prix at the Dundrod Circuit in County Antrim, Northern Ireland. Anstey posted a 130.626 mph practice time speed, followed by speeds of 131 and 132 mph on his way to second and first place finishes, respectively, in the two 1000cc Superbike Races held at the 7.416 mi (11.935 km) Irish street circuit. He also recorded a fastest lap and new outright course record of 133.977 mph, at the time.

The fairing has the Relentless energy drink sponsorship logo on it as well as his race number 5. It has also been personally signed, with race and speed time documented, by Anstey. This is an awesome piece of memorabilia from a legend of TT motorcycle racing.

The fairing comes with a full Certificate Of Authenticity.