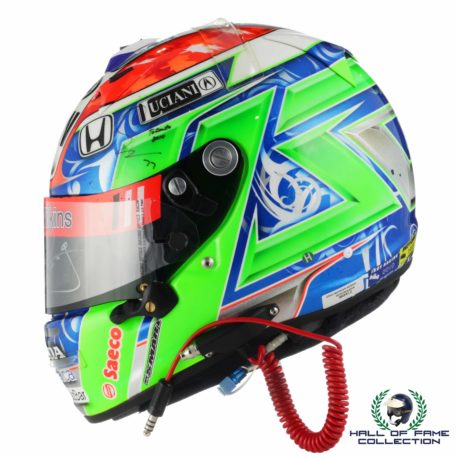 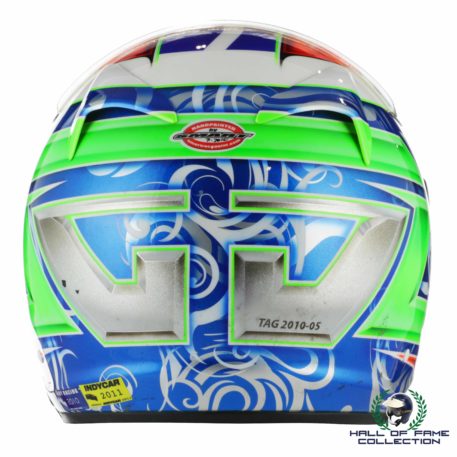 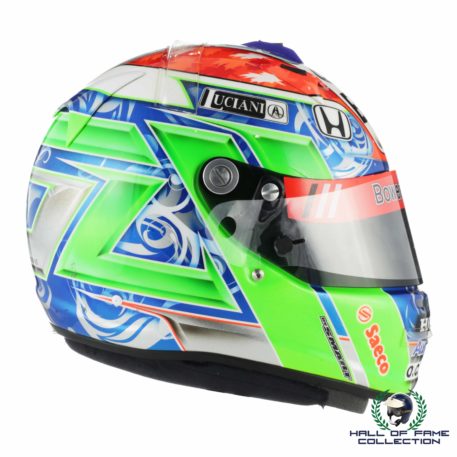 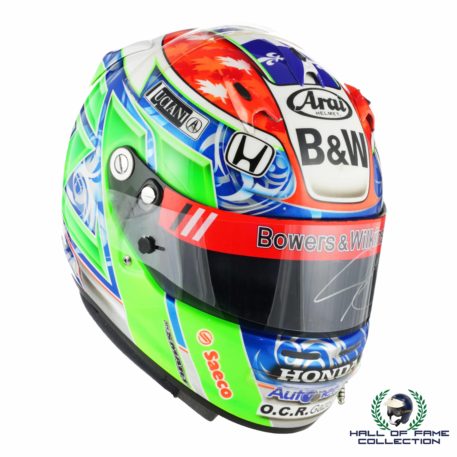 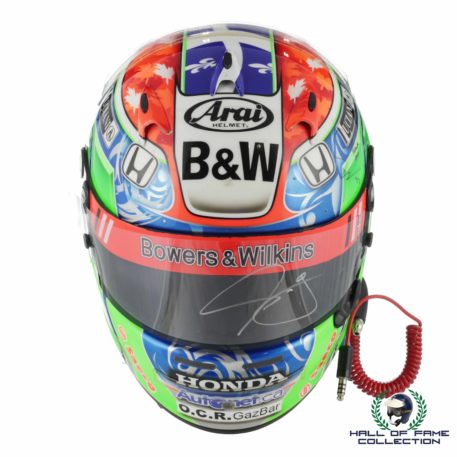 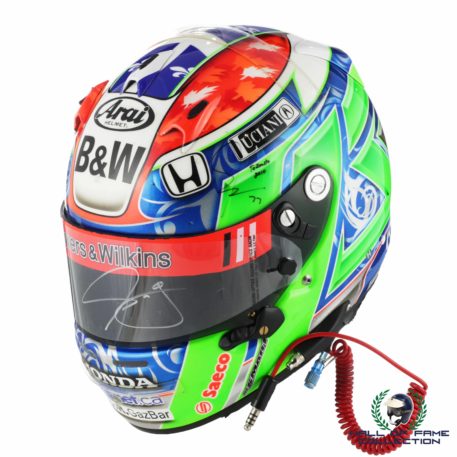 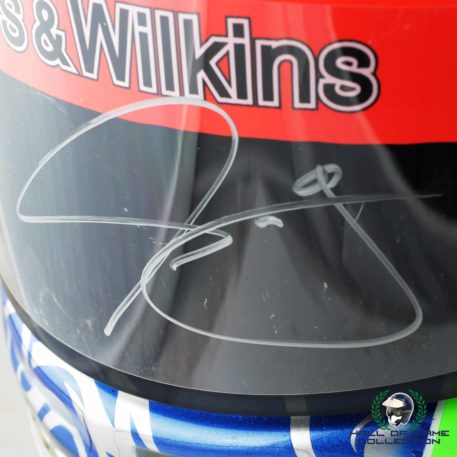 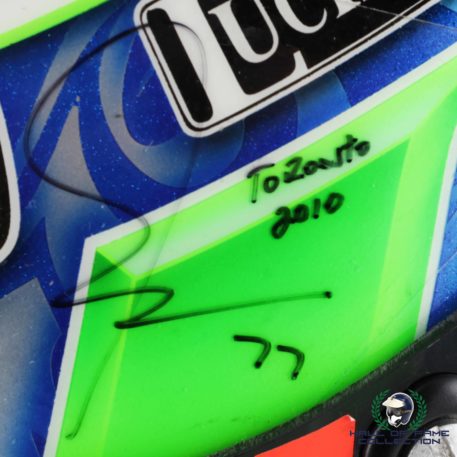 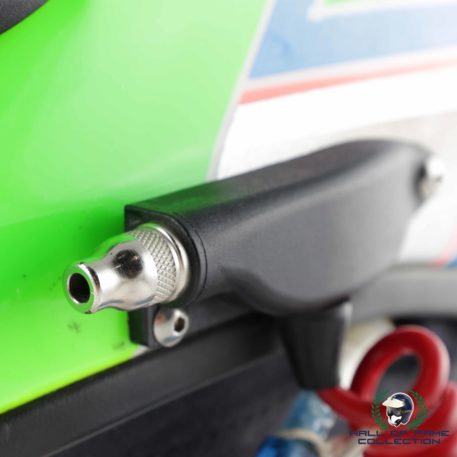 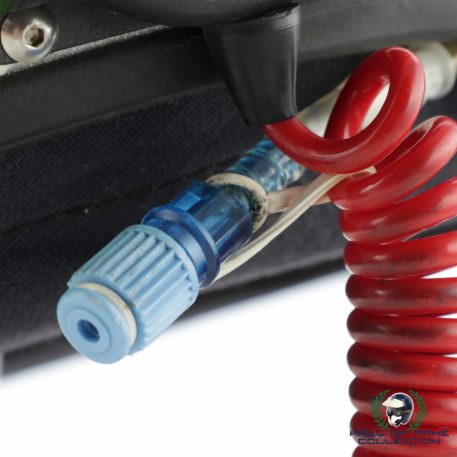 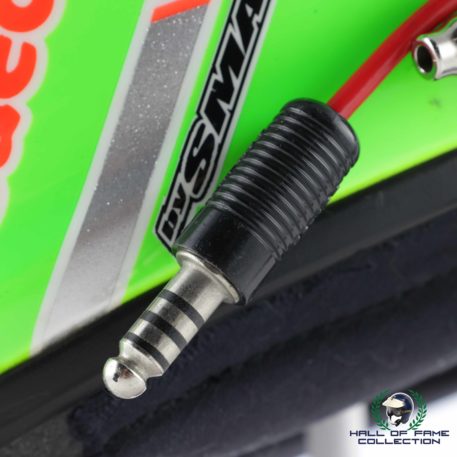 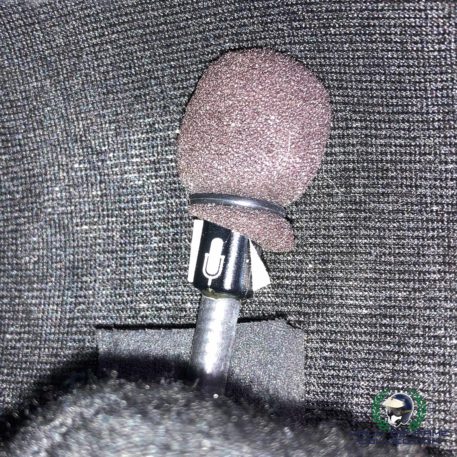 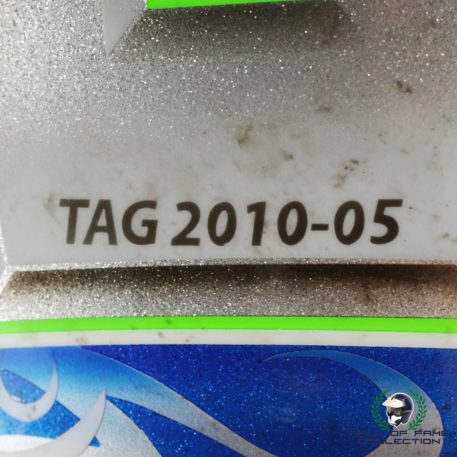 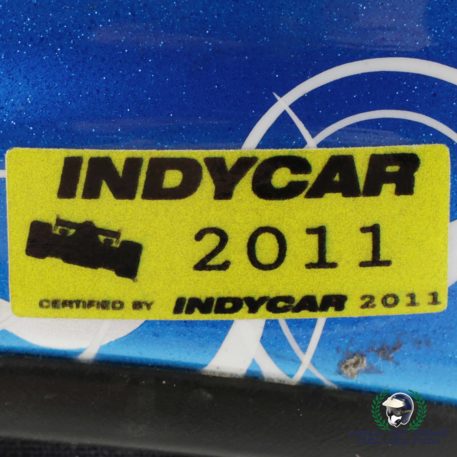 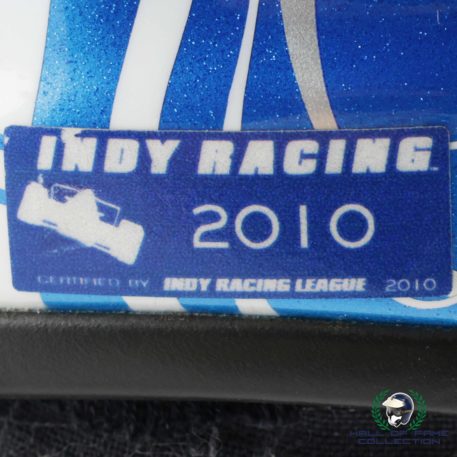 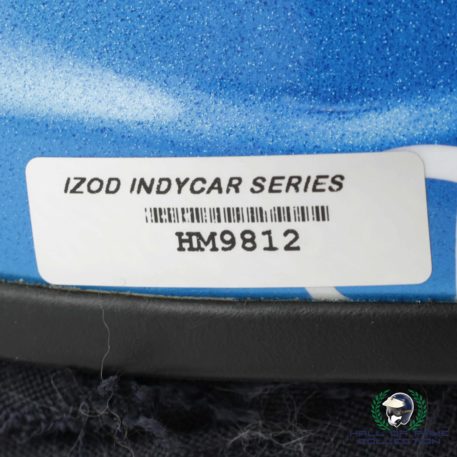 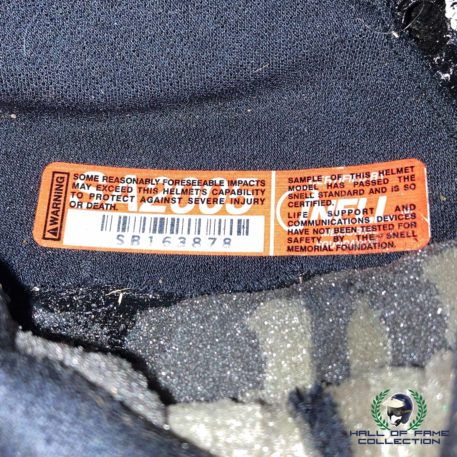 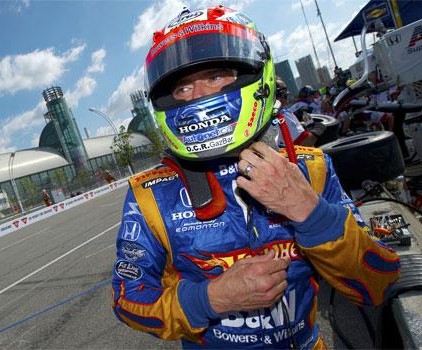 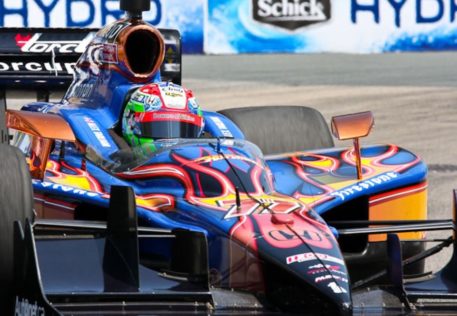 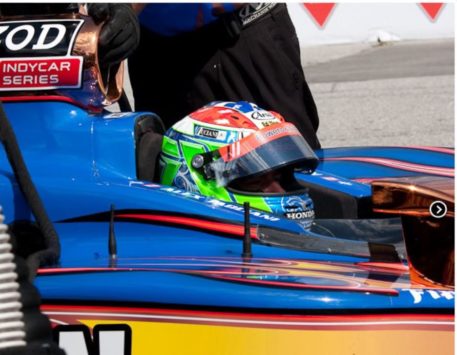 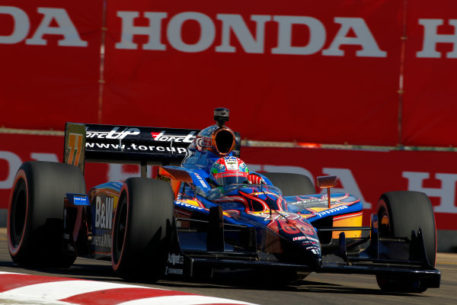 A truly stunning Alex Tagliani original IndyCar helmet. ‘Tag’ wore the helmet for one of two IndyCar races held in Canada in 2010, the Toronto Honda Indy at Toronto’s Exhibition Place, while driving for the FAZZT Race Team. 2010 was the team’s one-and-only season in the IndyCar Series.

The helmet is super sharp with fabulous paintwork by Smartpaint Designs. It comes as race-worn by Tagliani, with its radio still installed and with all the IndyCar tech stickers still applied.

The helmet is signed by Alex Tagliani and comes with a Certificate Of Authenticity.